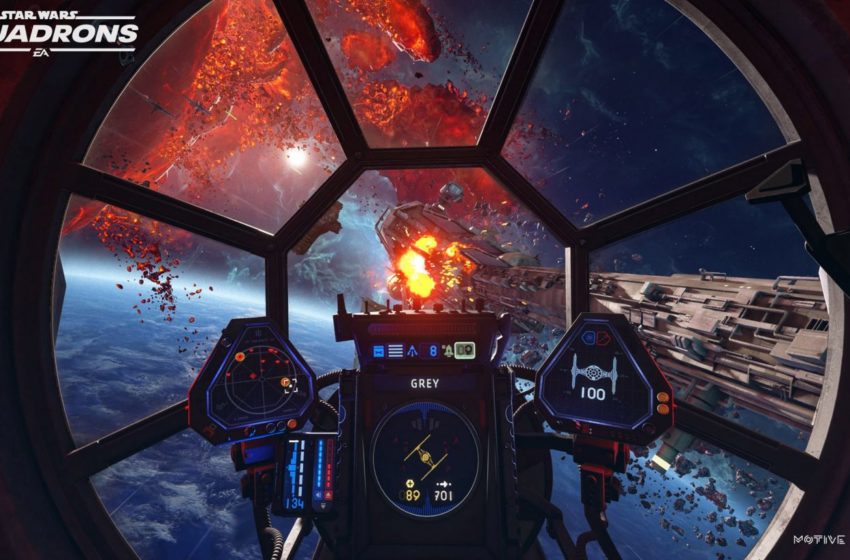 In Star Wars: Squadrons, there are two game modes you and your friends can jump into in the multiplayer mode, a five versus five ship to ship fight and a fleet battle where the teams take on capital ships. The fleet battle will be a game mode where players have to proceed through several phases, and the final one consists of a team taking out the enemy’s opposing capital ship. When we first learned about this mode, we figured the capital ships would have defenses and prove a tough fight to players but there will be more things going on players can witness during the battle.

The capital ship will not be a stationary objective player are working towards, or something that waits in the background until its time for it to engage others. Instead, the fleet battles will supposedly have a morale-like system. The more damage you do against the enemy team and attack their objectives, it lowers their overall morale until you can fight their medium-sized frigates and then their capital ships.

When your team achieves enough morale, those frigates become available for you to attack. These are pretty hearty ships, so you can expect to spend plenty of time trying to take them down. You still have to contend with the enemy players attempting to defend them. Should you and your team die enough, the morale meter swings back in favor of your enemies, forcing your team to fall back to defend yours. It’ll be a dance to see what team can take out enough frigates until the capital ships are vulnerable. When you’re losing, a friendly frigate can swoop in to help surge you into a comeback. If destroyed, it does give the enemy team points, but it’s strong enough to take them down if they don’t attack together.

The capital ships have multiple defenses you need to take out. There will be shields, power generators, and turrets ready to defend itself. You can choose to attack it yourself, but it leaves you open for every turret on that large vessel to focus fire on you. These battles are all about teamwork. It also means choosing a diverse cast of starfighters, with some players having to focus on the bombing, and others defending the bombers to fight the enemy and AI fighters. Support starfighters will have to resupply everyone and keep them alive.

The strength of these capital ships forces players to work together or lose the match by being picked apart by not having coordination with your teammates. Each time you die, it adds another boost of points to the enemy team. When you watch an ally’s back and protect them, the more likely you are to find yourself making it to the finish line and attaining victory.