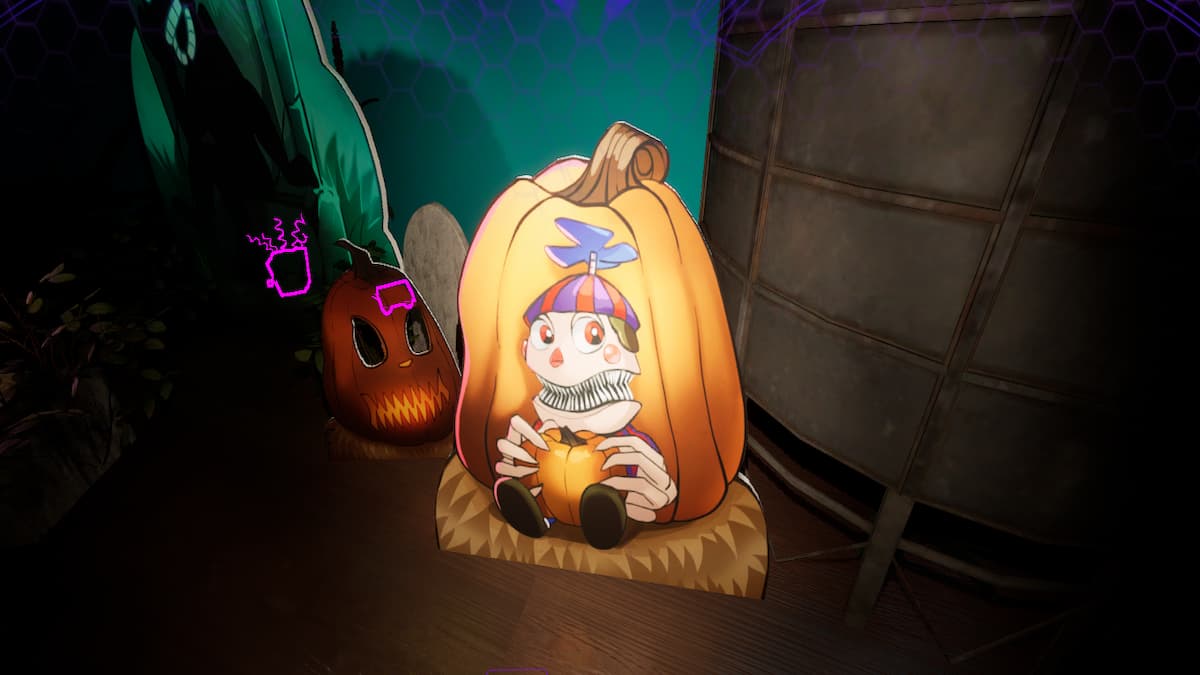 Balloon Boy, a minor animatronic in the Five Nights at Freddy’s series, is a tricky entity to deal with. It’s not really known if BB is evil or not, since the only known form of communication is of the animatronic saying “Hi!” before attacking. It appears to be a prankster, relishing in causing the player an endless amount of grief. Balloon Boy has made many appearances over the series lifespan, which has people wondering: Is Balloon Boy in Five Nights at Freddy’s: Security Breach?

Balloon Boy makes several appearances in the game, from decorative stands to arcade machines, but otherwise is not an active or hostile animatronic in the game. You can first find Balloon Boy in Rockstar Row, on the Halloween set with other notable enemies, such as Springtrap and The Mangle. From there, you can find a Balloon Boy plushy, and find him on the side of various arcade machines in the Fazcade.

This isn’t to say that Balloon Boy won’t make a future appearance in Security Breach. The game may receive updates in the future that will allow for extra antagonists to be selected, and if that happens BB will most than likely be a popular candidate. If that happens, we’ll update the article, but for now Balloon Boy simply has a few cameo appearances.