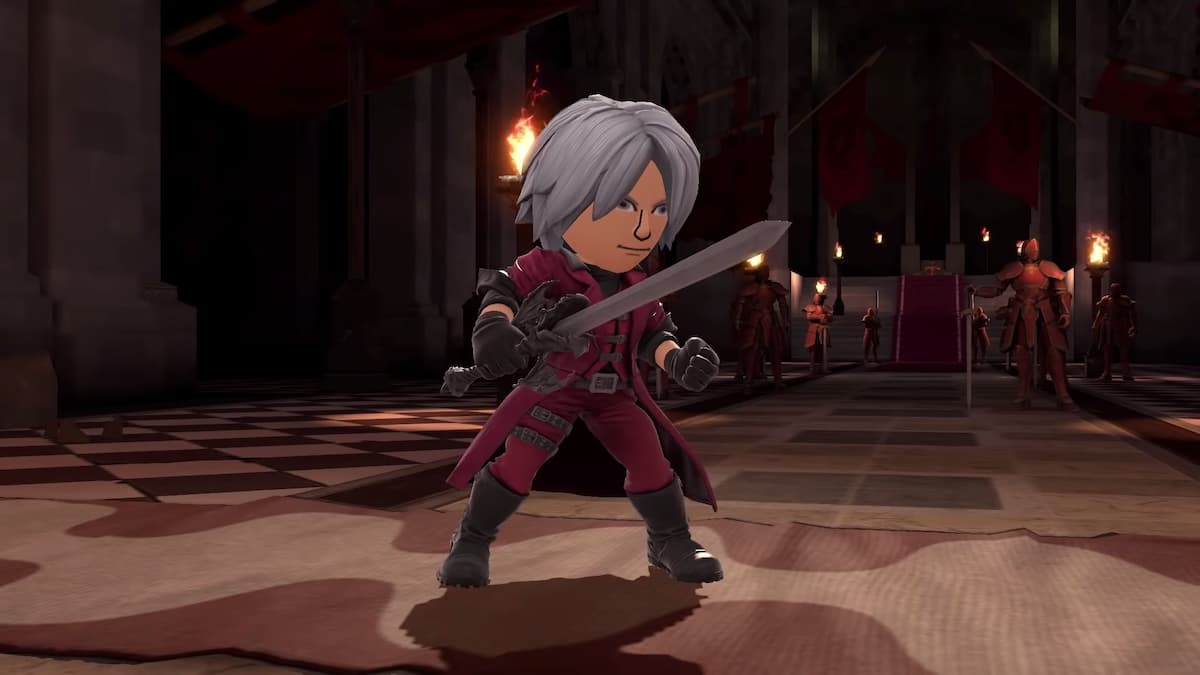 Dante from the Devil May Cry games has long rumored to be one of the next characters in the massive crossover title Super Smash Bros. Ultimate. After many false alarms, fans held out hope that the demon hunter would eventually make it into the roster through the second DLC Fighters Pass. With Capcom characters like Mega Man and Street Fighter’s Ryu and Ken already making the cut, the likelihood of Dante being the next Capcom representative was seen as rather high.

That doesn’t appear to be the case anymore, as Nintendo’s latest video presentation from game director Masahiro Sakurai, which demonstrated Tekken’s Kazuya Mishima, showcased some Mii Fighter costumes that appear to have disconfirmed Dante’s possible entry. Dante from the Devil May Cry series will be represented in Super Smash Bros. Ultimate through a costume for the Mii Swordfighter character, so your Mii can don his red leather coat and his longsword.

It almost feels like a rite of passage to feel burned by a Mii Costume reveal — by putting these third-party collaborations in a spotlight, fans take it as Nintendo indicating that this is all that will be done with these properties. Similar outcries of disappointment came from Mii Costume reveals of Sans from Undertale and Geno from Super Mario RPG. At the very least, incorporating characters like Dante in Super Smash Bros. Ultimate is an acknowledgment of the popularity of these characters and a possible sign that Sakurai and Nintendo at least considered using these characters.