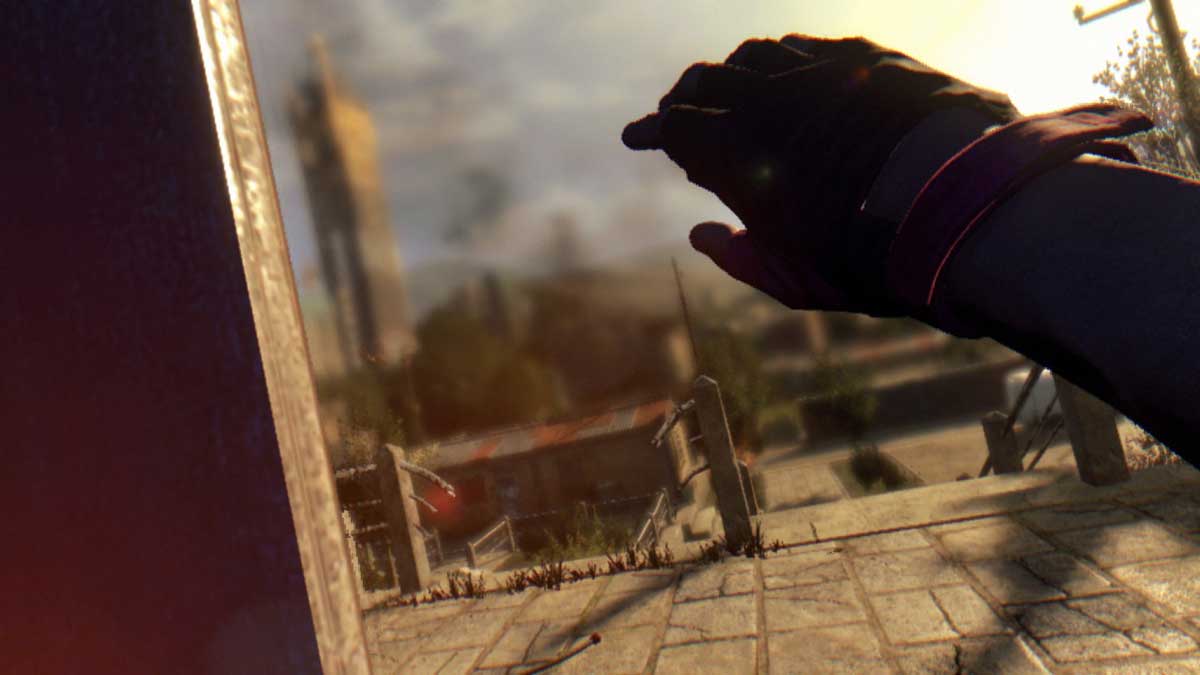 Dying Light Platinum Edition is the definitive port of Dying Light. It packs in the base game and all expansions or DLC released to date onto a single download or cartridge that is fully playable on Nintendo’s handheld hybrid. The game promises hundreds of hours of gameplay for someone willing to follow through every story, participate in every activity, and collect more items than you could imagine. Squeezing all that onto the Switch in any form sounds like it would result in a shoddy port that’s barely playable. We’ve had a fair bit of time with the game now, and this is what we think.

Dying Light is an excellent open-world RPG. It’s packed with activities to keep you busy, and over time, developer Techland has only enhanced what’s there with updates and DLC. However, everything hinges on the game’s core elements. The parkour, combat, and traversal systems all flow well within a world that asks you to plan ten moves ahead as you race through zombies. From what we’ve seen, everything has been preserved in the port.

The game’s visuals are stunning on the Switch, especially compared to other ports such as The Outer Worlds and Skyrim. The world of Harran somehow doesn’t look like a marshmallow in the distance, even though you can see the more defined textures on walls load in as you walk by. The game world manages to be impressive and beautiful in its own post-apocalyptic way, and you never stop to think that you’re playing what should be a downgraded version.

The controls are also as slick as ever. We’ve struggled with the parkour in Dying Light on PS4 and PS5, but on the Switch, it feels natural. Running around Harran is easy, and keeping an eye on buildings for ledges to climb is much easier on the Switch than on other platforms. Maybe this is because the controls are physically closer together, or it could be a refinement made possible by the visual downgrade.

While the visuals in Dying Light Platinum Edition are great, they’re not fantastic. It’s hard to criticize the game for this when it’s managed to squeeze so much onto the Switch, but the pop-in is more than noticeable. From the looks of things, the only way to get Harran to look as good as it does was to load it in as the player moves around. You’ll see the area roughly five meters around Crane looking much better than anything beyond that point. However, this doesn’t matter much while playing because you’re moving so fast that you don’t have time to scan the walls for textures.

Making the most of the controls on the Switch must have been a challenge, but the hardware doesn’t lend itself to new users. It takes a while to get used to the controls and systems in Dying Light because the buttons on the Switch aren’t easy to differentiate between in the heat of the moment. Managing stamina, weapons, items, and keeping an eye on your surroundings all becomes a bit much when you condense everything into a Switch screen and two Joy-Cons. At times, the game became uncomfortable to play. This could be alleviated perhaps by specific controller layouts for the three core pillars of the game’s movement: combat, parkour, and exploration.

Having played a decent number of hours of Dying Light Platinum Edition, we feel reasonably confident saying that this is the best version of the game to date. While it’s not without its flaws, the overall experience feels vastly superior to any other, with the possible exception of PC. Once mastered, you can run around Harran, fight a couple of zombies, and chat away to NPCs to complete quests without even thinking about it. The menu system is somewhat of a labyrinth, but over time the game has become so dense that there’s no other way to make the various systems work more cohesively.

Being able to take Dying Light wherever you want adds a new layer to its playability. Suddenly, you’re not glued to the same position for hundreds of hours. Instead, you can take on the undead anywhere in the world, and it feels easier than ever. There’s plenty to keep you occupied with the base game, The Following expansion, and the zombie mode multiplayer alone. However, the port also contains every DLC released for the game to date, meaning you have hundreds of items to craft and dozens of new experiences to play on top of what was already in Harran.

It seems as though live events haven’t made the transition to this version of the game as of yet. However, this could change in the future. For now, if you’re a Dying Light fan and want to play through it again on a new system or have a Switch and want a game that’s guaranteed to be a good value for money, Dying Light Platinum Edition is a diamond in the rough.