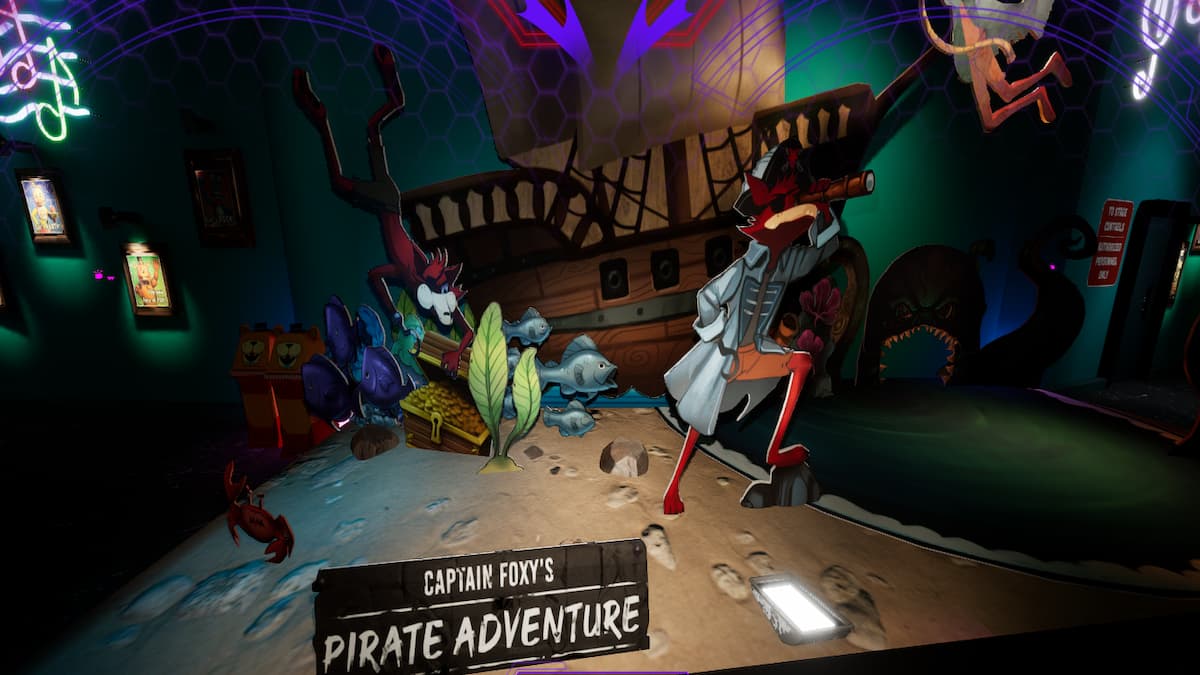 Foxy, one of the original animatronics in Five Nights at Freddy’s, is a pirate fox with a hook on one arm and an eyepatch over one of his eyes. He is an extremely aggressive antagonist in previous entries of the series, often giving a series of tells before charging the player, forcing them to make a split-second decision to prevent game overs. Having been in most of the series’ games in one form or another, we decided to answer the question: is Foxy in Five Nights at Freddy’s: Security Breach?

Foxy does make several cameo appearances, but is not an active animatronic. The first instance of Foxy appearing is in Rockstar Row, where you can see a small pop-up stand detailing “Captain Foxy’s Pirate Adventures”. From there, you can find various references to Foxy throughout the game — as well as being a collectable plushy.

This isn’t to say that Foxy will not ever be an antagonist in the game. Security Breach will receive updates over the course of its life, and it is possible that Foxy will be added in a future update. If that happens, we’ll be sure to update the article, but for now Foxy is merely makes a few cameo apperances.