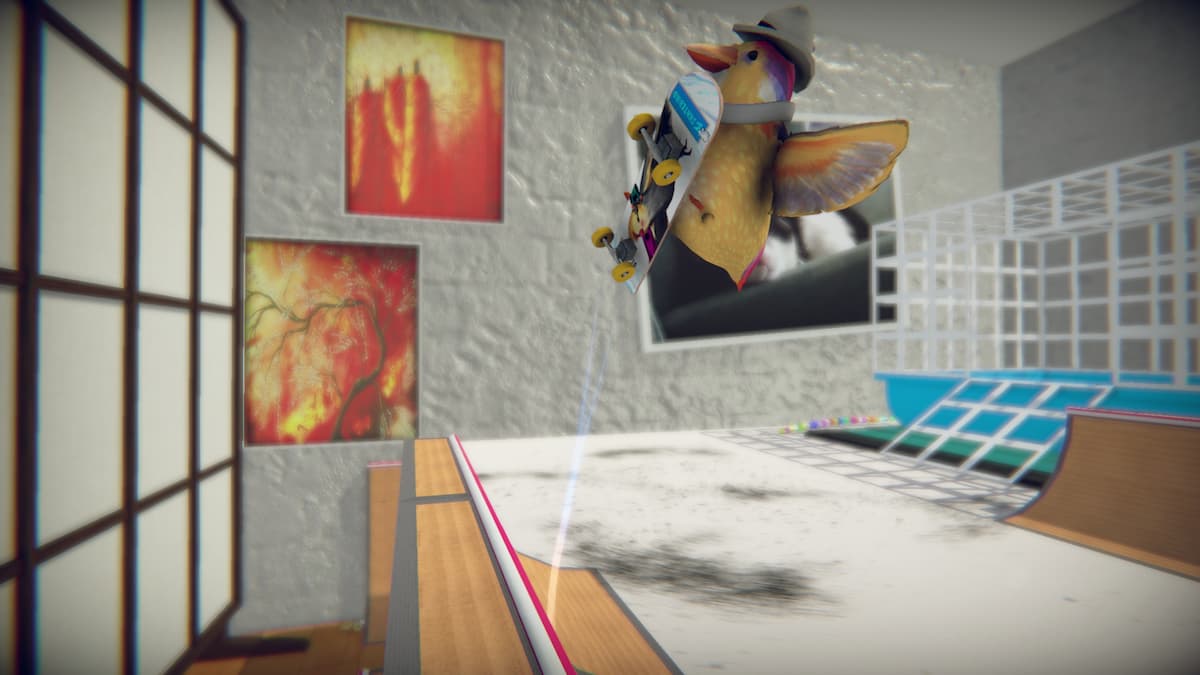 Skatebird is a skateboarding game with a unique twist on the genre coming to Nintendo Switch, PC, and Xbox on September 16. Instead of playing as some of the world’s most renowned skateboarders, you’re playing as a tiny little bird on a skateboard that’s probably meant for human fingers. Nevertheless, the familiar gameplay makes this an enjoyable skateboarding entry, even if the visuals can sometimes be jarring. We’ve spent some time with the game, and this is what we think so far.

Skatebird wears its influences on its sleeve. This game could be a mainline entry in the Tony Hawk’s Pro Skater series, and it would fit in better than some of the later titles like Tony Hawk’s Pro Skater 5. The skateboarding gameplay controls exactly like those early PlayStation titles, making it easy for any skateboarding fan to get into. There’s also a fantastic level of customization, another hangover from the Pro Skater series, allowing you to create a unique bird with various skins and items to outfit it with. This is where we spent a good chunk of our time with the game.

The game is packed with missions to complete and secrets to find. You’ll know exactly what these are before you attempt them, with some birds tasking you with collecting items within a time limit and others asking you to hit a certain score. These are the heart of Skatebird, giving you an excuse to play for five more minutes as you try to conquer the next mission.

While the controls are easy for skateboarding fans to pick up, they’re quite challenging for anyone who isn’t used to them. Changing the direction of your bird in minuscule detail to ensure you land a trick or hit a ramp just right is an art form, and it can be frustrating for newcomers. The missions are similar in that they’re fairly challenging, with no option to turn down the difficulty, so you’re left to bash your head against them until you give up or succeed through sheer willpower.

The game doesn’t feel like it’s been optimized enough, though this could be because we we’re playing an early build or that we’re playing on an inferior Mac. Regardless, the game was choppy and impossible to play until we turned the visuals down to the lowest setting to allow us to see what we were doing. There are also a few potential bugs that impacted our time with the game. For example, bailing somewhere that there’s a level above you sees you spawn on that upper level, meaning you need to make your way back to where you were if you were pursuing a secret or mission.

So far, we’ve had fun with the game, but it doesn’t do anything groundbreaking. However, the missions are fairly complex and great for a challenge. Uncovering the secrets hidden away in hard to reach places forced us to learn how to digitally skateboard all over again, which has been incredibly satisfying. As for whether the game has enough to keep you coming back in the future, it remains to be seen.