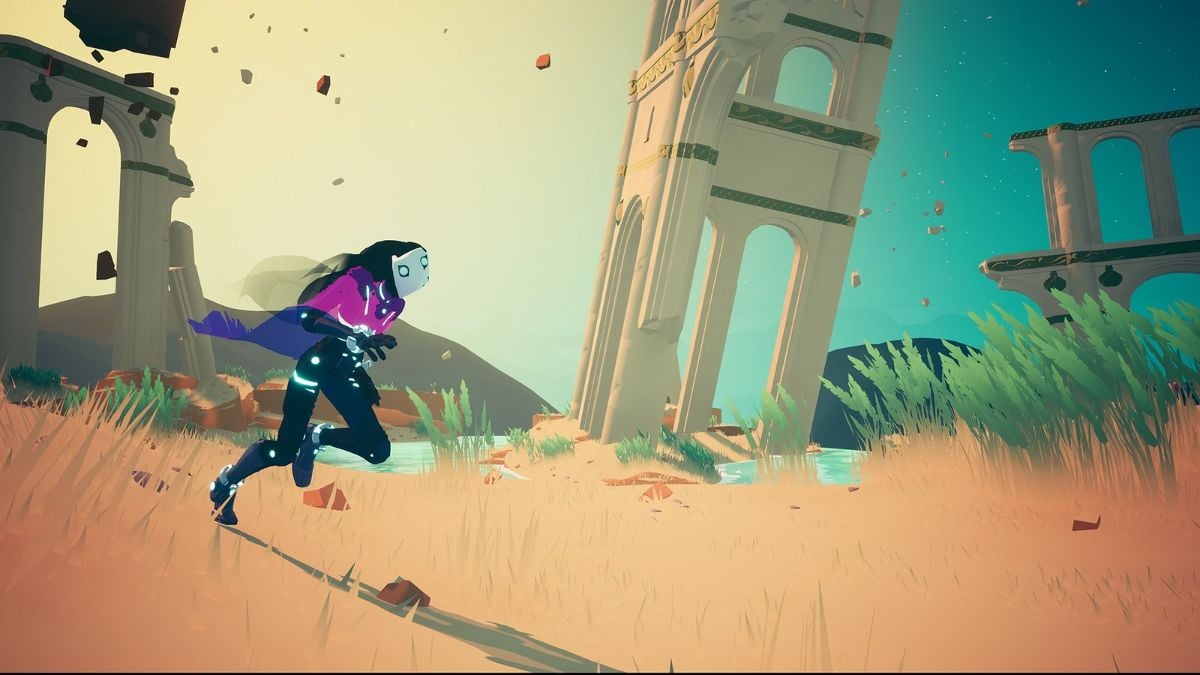 Trippy 3D platformer Solar Ash is exciting fans worldwide with its stunning graphics and intriguing gameplay concept. Recently announced for an October 26 release, some may wonder if Solar Ash is coming to Steam as many indies have been exclusive on the Epic Games Store as of late. What fate lies before PC gamers?

Unfortunately, Solar Ash is not coming to Steam and is currently not listed for a release on the platform. It will be an Epic Games Store exclusive, at least for the time being.

We expect it to be a year-long exclusive for Epic and could be released for Steam on October 26, 2022. Another Annapurna Interactive title, The Pathless, will be releasing for Steam one year after its initial release on the Epic Games Store. The Pathless’ official listing on Valve’s store currently states November 2021.

The Epic Games Store is an enticing option for independent developers in the industry. In addition to the money that Epic provides, the company also takes substantially less of the profits than Steam. Epic Games takes a 12% cut while Steam stashes a whopping 30% (if you make less than $10 million of revenue). It may be less convenient for gamers to change clients, but that 18% difference can make sweeping changes to the developer’s bottom line.