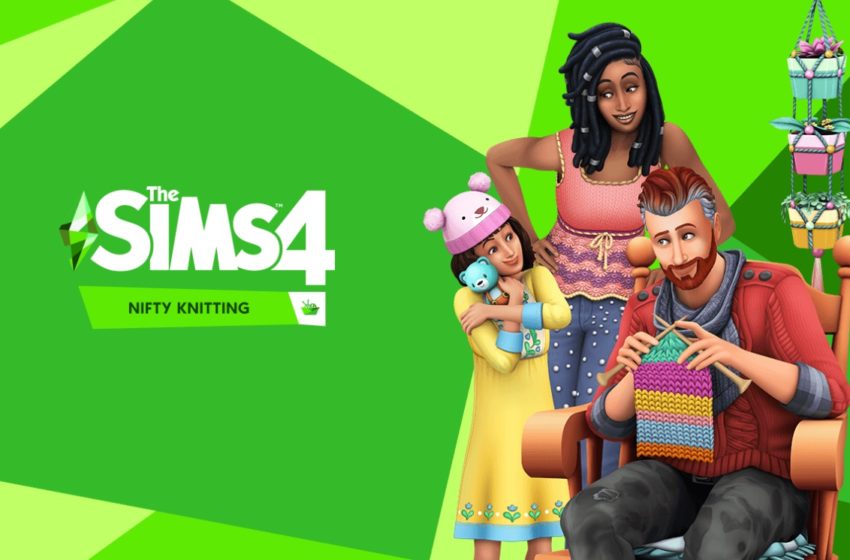 Many players know that in The Sims, the base game is only a portion of the experience. Much of the charm of the game is brought out by the various expansions, game packs, and stuff packs. Nifty Knitting, the newest stuff pack, is no exception, but is it worth the buy?

Nifty Knitting was a stuff pack that was voted on by the Sims community, however, in the actual poll it was listed under a more general genre of ‘Arts and Crafts.’ Many who voted for this pack felt upon its reveal that the poll was misleading, and that the knitting take on the prompt was too niche.

That said, there are a bunch of new things the pack has to offer that may still pull players into this new little hobby.

The main addition of the pack is that your sims have the ability to knit. They can make various creations and choose to keep them or sell them online and become an at-home knitting entrepreneur. You can even have your sim spend a little cash in order to find the best buyer, or buy some fun knitted items yourself.

If you are looking to make a cozy little space inside your home where you can knit in peace, this pack has plenty of new build options from shelves to décor to interactive rocking chairs. The rocking chairs will even have a special action for elderly sims, where they can reminisce about the younger years of their life. That said, anyone can rock in the chair, even kids.

Create-a-Sim folks will also be pleased that the pack comes with all sorts of new knit clothing, adorable little animal hats and four new hairstyles. There are also, as you might expect, quite a few new sock options to take a look at. However, keep in mind that everything is knits, so if that isn’t your style, this pack may not offer too much for you in Create-a-Sim.

Is it worth buying?

Overall, this pack isn’t as expansive as the initial vote made it seem, but if knitting is something you enjoy and you are curious about or would love to see your sims doing, then it doesn’t matter it’s a little niche. That said, if knitting aesthetics and clothes don’t speak to you, it’s probably best to skip out on this one.