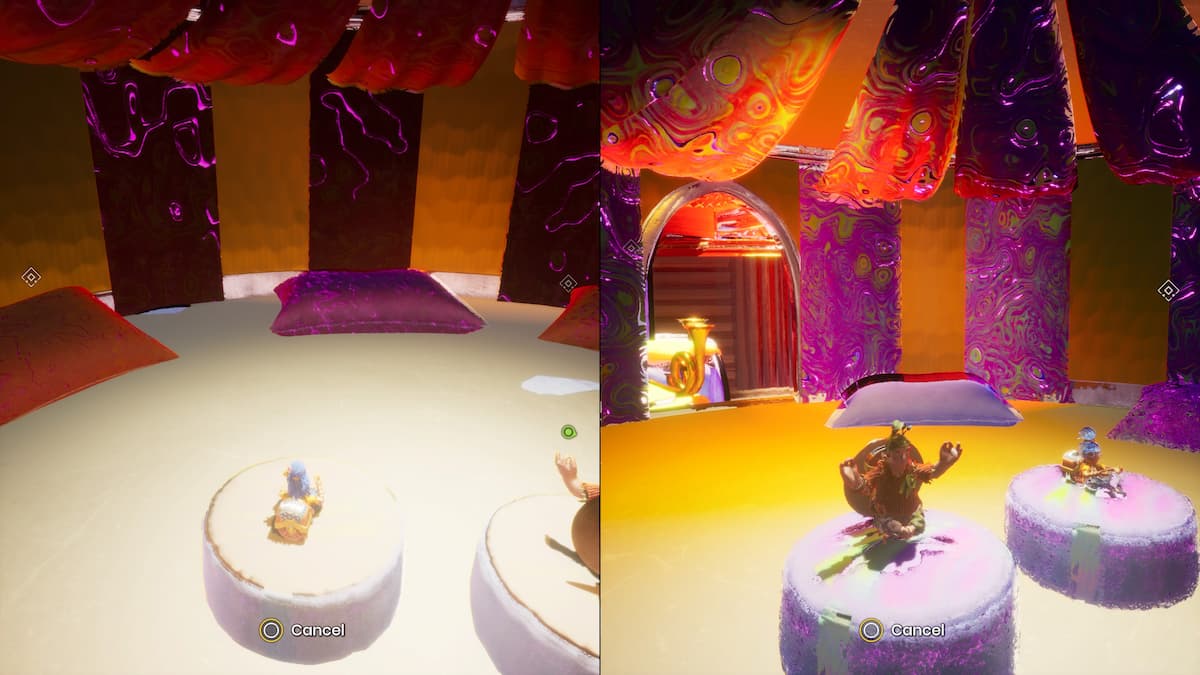 Sometimes there are moments in It Takes Two that defy any logical explanation. The game is about two parents trapped in doll bodies and forced to adventure around the house and backyard while repairing their failed marriage. The Meditation Maestro achievement is absolutely one of those moments. The description for it says: “You reached a higher states of mind. Or at least some peace and quiet.”

During the final section of the game, The Attic, is a chapter that invokes the looks of fluffy white cloud heaven, complete with stereotypical devils that cause quite a bit of mischief. The angels in this version are adorable pink stuffed animals, which is the superior look. While searching for an orchestra to play at May’s concert, there’s a strange building on top of a platform that can be found by flying straight from the main castle area. Inside the building is a room with two cushions and some gaudy decorations.

Both characters can sit on the cushions and meditate, which unlocks the trophy or achievement and causes some interesting ripple effects. Combined with the equally trippy dialogue and you have a very surreal scene. But at least the tired parents were able to get some peace and quiet.