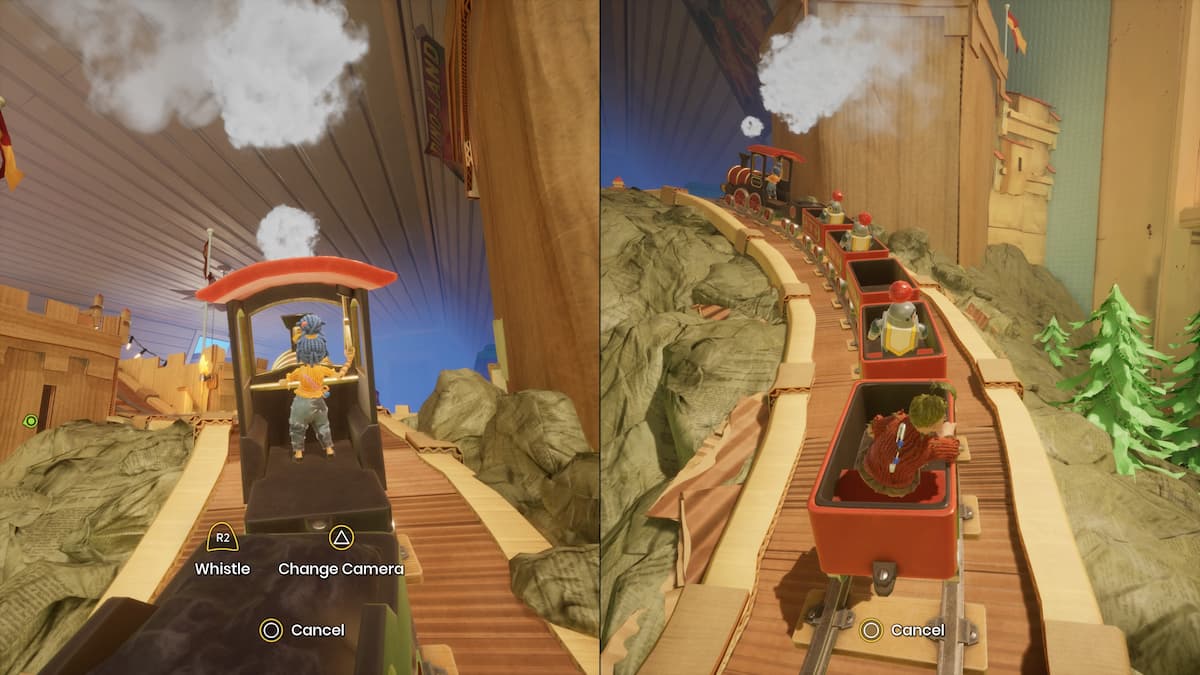 Many of the humorous moments in It Takes Two are often tempered with a sprinkling (or a large helping of) dark comedy, which can be entertaining in its own right. However, the unlock conditions for the On Rails Experience trophy or achievement are entirely wholesome, showing a softer and cuter side to the normally conflict prone couple. The description even reflects this with its usually pithy liner simply stating: “Choo Choo!”

Located near the Birdstar karaoke minigame in the Rose’s Room section of the game is a train set on top of tracks that extends through the entire area. Players can jump on the train at any time and ride it around the area, with May and Cody making adorable comments the entire ride. Once a full lap is completed with both characters on board, the trophy or achievement is awarded.

It’s one of the simplest achievements to get, as the train is located in an easy to spot area and letting it ride around town is no effort at all. There are also a couple extra features such as being able to switch between train cars and getting to blow the whistle if you’re seated in the conductor’s car.