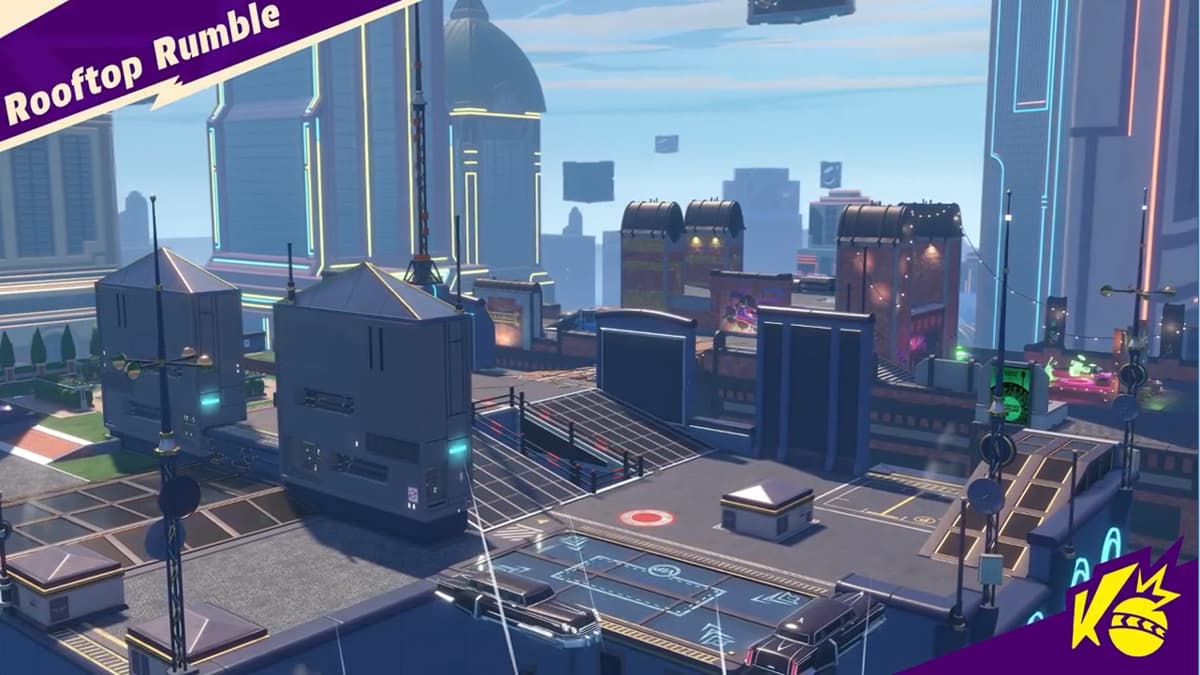 When you get into a match on Rooftop Rumble in Knockout City, you are fighting it out at the top of two skyscrapers towering above a busy intersection of cars in the city. A hastily put-together bridge connects these buildings in a valley of high-speed winds that will boost your gliding between two spots. Other than that, the rooftops do not have much that stands out about them other than a bandstand and a garden. Here are some tips that can help you perform better on the Rooftop Rumble map.

Be wary about gliding across the gap

As noted, there is a gusty gap between both buildings in Rooftop Rumble, with only a small wooden bridge connecting each other. If you are going to attempt to cross to the other building away from the bridge, you will need to glide across. Make sure that no enemies with dodgeballs are looking your way when you do this. If they throw one at you, you will lose too much altitude if you catch it and fall to your death, or you are going to have to willingly take the damage for a chance to recover safely.

That is not to say that the bridge is much safer. Being in the center of a wide-open gap, a lot of attention will go to that area, so be prepared to defend yourself if you are caught there.

Ultimate throws are a solid choice for attack

There is not a single location in Rooftop Rumble that has any overhead cover. This makes this map the best site in the game to pull off ultimate throws. While you will need to be careful not to direct yourself to fall to your death, there is plenty of areas you can safely pull off this maneuver. Also, with very few corners to hide around, the opposing team could get stuck in a situation where they cannot escape a well-timed ultimate throw from you or a teammate.

Focus on timing your catches

Catching throws coming in from opponents is a vital part of your success in Knockout City to begin with, but that is nailed home even harder on Rooftop Rumble with such little cover you can take. If you are outnumbered, use your tackle to knock balls away from enemies, but what will save your life on this map more than anything is your ability to catch incoming threats and return them to the opposition.