Ambitious, obnoxious, and just downright adorable at times, League’s very own little yordle that could finds her way into both solo lanes, the jungle, and even the support role on occasion.

But just how can you take your Poppy game to the next level? We’re here to help.

Aftershock is a key part of trading for Poppy in the support role. The additional tankiness it grants during your all-ins cannot be understated, and the damage doesn’t hurt either. For solo lane Poppy, we recommend Grasp of the Undying – the extra sustain helps a lot, and the fact that your passive can apply it from range for a surprising amount of damage really does add some extra surprise factor to your trades.

Poppy benefits from some extra waveclear compared to other tanks, so consider taking an early Sunfire Cape to help out a little in that regard. With her passive applying on-hit effects, and a very low cooldown Q, Sheen items are also devastating on the toplane menace – Iceborn Gauntlet also offering a slow to enable the perfect line-up of her E. 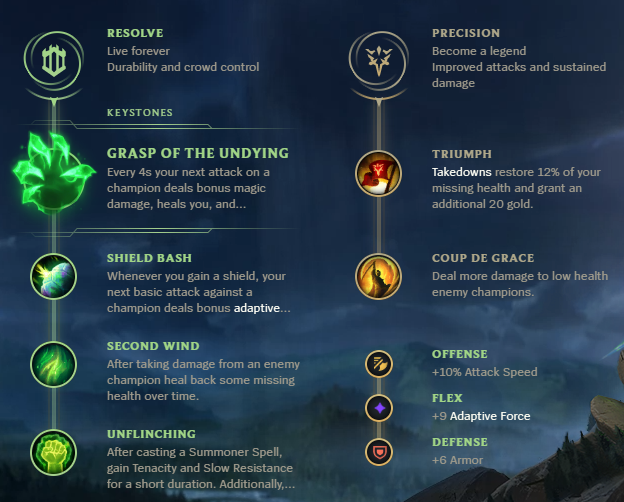 For sololane Poppy, your Q – Hammer Shock is both your major trading tool and also crucial waveclear access. This is your priority followed by your E – Heroic Charge when playing toplane, but is the ability you want to take last when playing in the support role, given the sheer utility offered by both E and W.

Re-position to Line Up Your E Stun

Poppy’s E, Heroic Charge, is her most iconic ability, having been the only part of the champion’s original launch kit 10 years ago to remain intact to this day. The ability slams Poppy into a target, and if they connect with a wall, they take immense amounts of damage as well as a stun to the face.

You can use your W, Steadfast Presence, to either speed yourself up and angle around an enemy, or deny their mobility options in order to line up the perfect stun. This is a very strong combo, and the threat of this tool should be enough to make any opponent think twice about positioning near a wall.

You can also cast E and then Flash midway through the animation in order to guarantee a stun if you calculate the trajectory appropriately.

Oftentimes, Poppy players find themselves fishing for the perfect ultimate. Charging it up for the full duration and aiming to split the enemy frontline from protecting their carries by flinging them back to base, Poppy is great at creating chaos in a fight.

However, you don’t necessarily have to just roll the dice and hit the enemy tanks out. Instead, consider using the ability to send the enemy’s most fed carry out of a fight, and engaging the subsequent 5v4, shredding through enemy health bars before their primary source of damage has a chance to re-join.

As mentioned, a fully charged ultimate will work wonders when it comes to inconveniencing an enemy and disengaging from them. However, also be aware that the ability can be used to just briefly knock-up an enemy, allowing you to engage onto them and lock them up for a short period of time.

The knock-up duration is especially useful as it will guarantee both parts of Poppy’s Q, Hammer Shock, connecting, allowing for maximum DPS from everyone’s favorite teamfight tank.