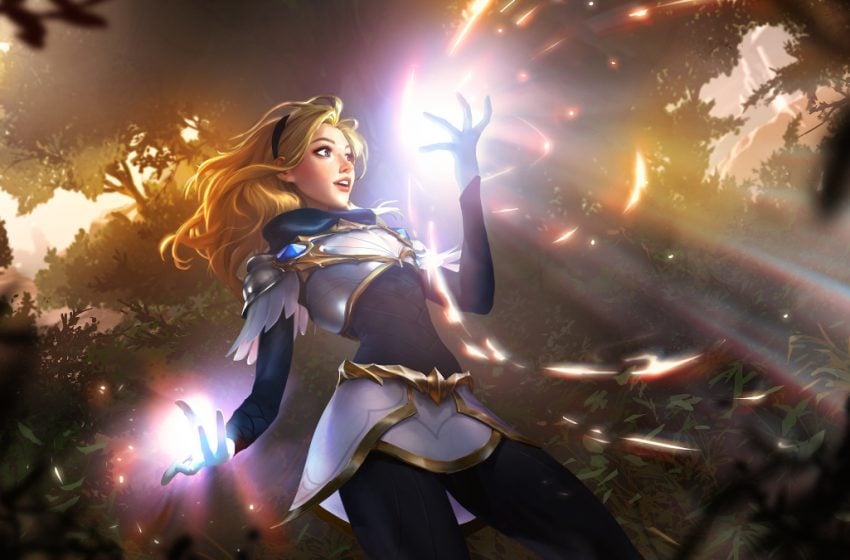 Legends of Runeterra is overall a pretty simple game. Largely it’s aggressively focused and very interested in board control as its primary mechanic, but also comes with some interesting synergies and unexpected card interactions to help you either flood the board or otherwise keep control of it and smash your opponent right where it hurts.

These ones just happen to be my favorites. Let’s start with one of the more obvious ones:

At first, I didn’t really believe in the puffcaps, but they sounded cool and I wanted to give them a try.

With the relatively limited card draw this game has, waiting for an opponent to draw a bunch of cards seems like a fool’s errand, and each individual puffcap does very little damage, but after some play…you can put a lot of puffcaps in someone’s deck. A truly obscene amount, in fact.

Puffcap synergy is entirely a Piltover & Zaun archetype, which makes it easy to build around; unlike some other stuff (like spiders), there’s no need to dip into other factions just to get your basics. This means you can pick and choose what else you do while you’re slamming massive amounts of time bombs into your opponent’s deck, letting you slow the game down a bit with certain cards to keep it going just long enough to make a difference. If they ever add a card that makes your opponent draw cards, I foresee this archetype really taking off.

Another fairly obvious one, but if you’re running an aggressive strategy (which most people are) it’s worth considering. While easily killed, it forces your opponent to spend answers immediately, because it can be used to slam damage straight to the Nexus with impunity by combining it with other aggressive token strategy and Ethereal cards.

Your opponent needs to carefully think about how they’re going to block what you’re doing, because they’ll be taking trickle damage as long as the Phantom Prankster lives; it’s kind of like having Overwhelm on all of your units.

Fun fact: if a Blocker dies before it actually blocks something, it still counts as successfully blocking. This means if your opponent uses a Fast spell to kill your blocker, it still stops the damage from the guy it was in front of (though doesn’t damage them back).

This can lead to fun shenanigans where if your opponent does that, you can use a spell to kill your own minion for some kind of benefit, like drawing cards with Glimpse Beyond. The uses are fairly limited now, but it’s something important to keep in mind for the future, as they’re sure to print more cards that make use of this interaction later.

Handbuffing is nothing new in the world of digital card games, but it’s nice to see it so early in Runeterra’s lifespan. There are quite a few fun things handbuffing can do, but I think the most frightening might be in conjunction with Overwhelm minions.

Options to remove big minions are slim on the ground in this game, so you can potentially (and quite easily) make an Overwhelm minion big enough and fast enough that your opponent simply has no satisfactory answer; if they can’t respond, they lose.

This one mostly hinges on Fiora, but I find it interesting enough to mention even as a semi-obvious deck. Fiora wins you the game if she kills enemies 4 times. With enough Barrier minions and other layered protections you can stomp most enemies. Conveniently, Fiora is Demacia, home to a plethora of Challenger minions and the powerful Deny spell to get rid of any direct removal you may come up against.