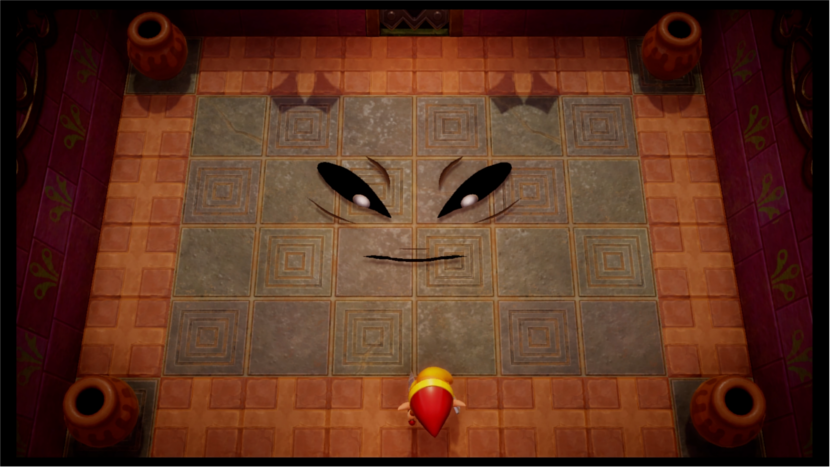 Facade, a recurring boss in the Zelda series, returns once again in The Legend of Zelda: Link’s Awakening on Nintendo Switch.

He is the boss of the sixth dungeon, also known as level six, and appears as a face in the ground that morphs the room to try and kill Link, to stop him from reaching the musical instrument.

After dodging his flying tile attack at the start, no matter what you try to do, it appears you can’t hit him with any weapons that you might have. You’re going to learn the specific weapon you’re using in that dungeon is not the boss’ weak point.

Instead, the only way to deal damage to his face is through Bombs. You have to throw a Bomb where he is on the ground and have it blow up on him to deal damage.

Therefore, if you don’t have many bombs left, it might be a good idea to buy them in Mabe Village or grind for some before going into the final battle. You need quite a few to beat him, and if you miss a few throws, it could cost you the whole fight due to him having no other weakness.

Beat him, and the door unlocks behind him, giving Link the Coral Triangle. You only need two more instruments before going to the final fight.