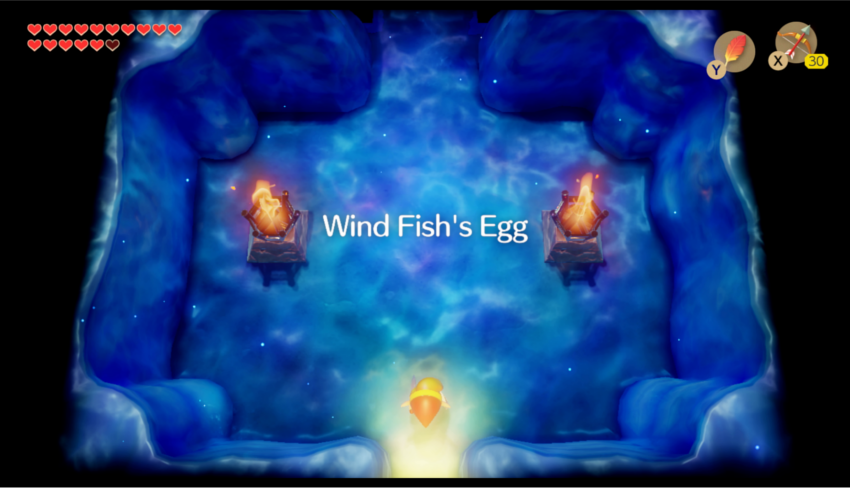 Traversing the Wind Fish’s Egg is the last thing that you do in The Legend of Zelda: Link’s Awakening before coming going against the final boss.

In the previous game, there were four specific paths players could take that were randomized. While the randomizing effect is still active, the legitimate paths and ways to unlock the route have changed.

To get through the final section of the game, players need to complete the longest trade quest in history. It starts with the Yoshi Doll and eventually you’re going to unlock the Magnifying Glass item to read secrets.

Then, before heading to the Wind Fish’s Egg after collecting all eight instruments, players need to return to Mabe Village. They must go into the village’s library to look at the black book in the bottom right corner of the room.

When you read it with the magnifying glass, a code will reveal with eight arrows. When you go into the Wind Fish’s Egg, you need to follow the directions of these arrows to reach the end, similar to how you traverse the Lost Woods in some games.

Once you follow these directions perfectly, the entrance to the final boss will reveal itself. You’ll be able to plunge headfirst into the final battle. If you are still stuck, check out our video above to show you how we did it for a visual guide.