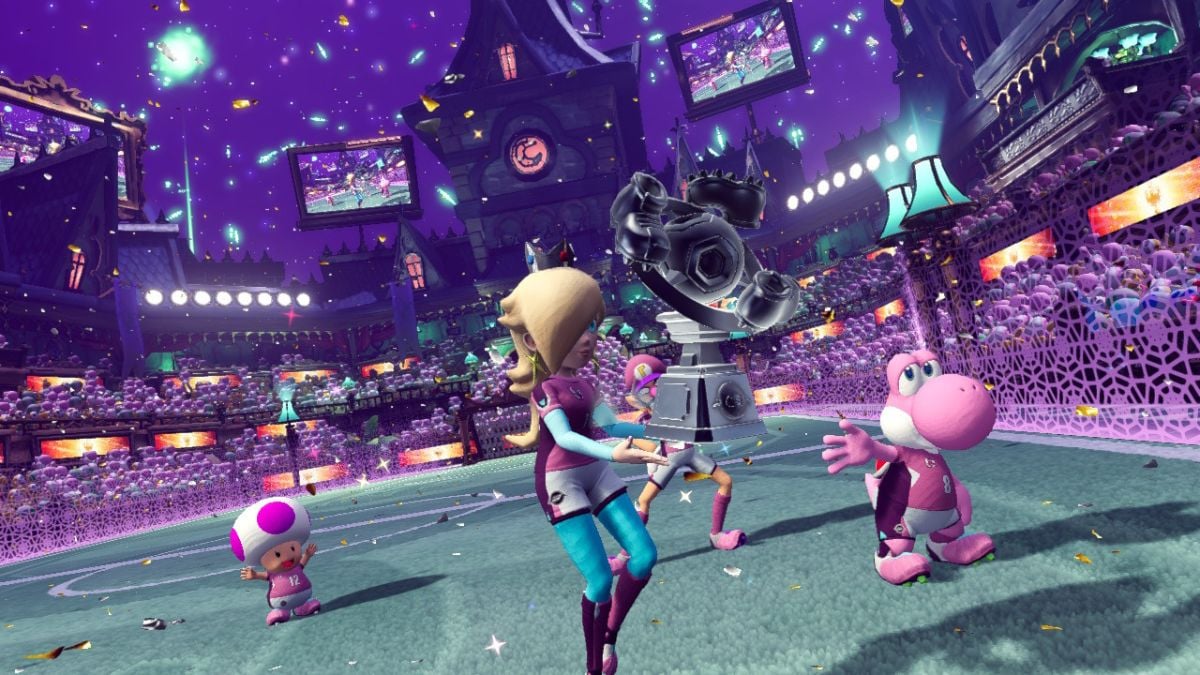 Mario Strikers: Battle League is a game about strategy. Sure, you can throw together a team at random and hope for the best, but you won’t truly shine unless you carefully pick your squad based on their attributes. While many team combinations can work fine enough, there are some characters that just don’t work well together. In this guide, we will cover some of the best team compositions for you to try out next time you hit the field.

Speed is arguably one of the more important attributes in Mario Strikers: Battle League. This stat determines how fast you travel down the field and is great when dealing with the hassle of picking up items while trying to keep the ball away from your opponents. The following characters are great for their speed:

Peach is one of the better characters to have on offense with her high speed and great shooting attribute. It is also extremely easy to score goals with her Hyper Strike. Coming from the middle of the field are Toad and Rosalina. Either one of them can also be subbed out for Mario if you want. Toad has amazing speed and passing abilities while Rosalina makes for a great second shooter if Peach is blocked. Waluigi is on defense with high strength and speed. This will allow him to grab any items or Hyper Orbs that appear, as well as tackle opponents who break through your front line.

If you are looking for a team that is focused on technical ability and is able to pass the ball around the field in quick succession, look no further. While this team may not be the fastest there is, they have the necessary skills to get things done. The following characters make up this team:

The one leading the pack in this team is Wario. He has a lot of strength and decent passing and shooting attributes that will help you score goal after goal. In the middle of the pack are Toad and Yoshi. Both of these characters have great passing attributes that will help you get the ball to the front line. Toad also benefits from his high speed while Yoshi is able to be a backup shooter for Wario. Donkey Kong is in the rear because of his high strength. If need be, Donkey Kong is another character that is able to take shots on goal.

When speed and technique fail, brute force saves the day. While they definitely aren’t the fastest bunch or the most technical, this team shines for its brute strength and shooting capabilities. Every member of this team can shoot the ball if needed so you are at no disadvantage. The following characters make up this team:

We have already established that Waluigi is one of the best defenders, and if built correctly, Waluigi is also a great shooter. The front of this team is Bowser with his high strength and shooting attributes. Coming up behind him are Wario and Rosalina. Both of these characters are good at shooting while also offering the strength to tackle any opponents who stray too far. Build them correctly and you will have a team that can take a shot at the goal from across the field.