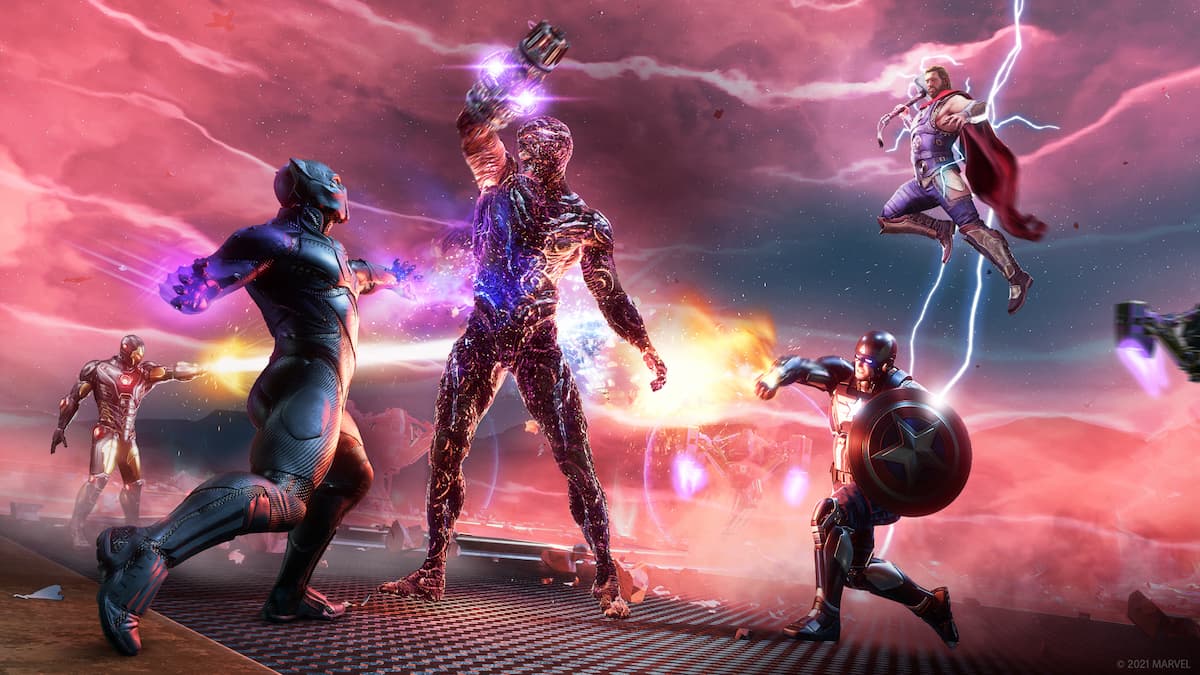 T’Challa joins the Marvel’s Avengers roster with the War for Wakanda expansion, and the Black Panther has a wide range of skills and abilities to take advantage of. As you level up your Black Panther from level 1 to 50, you will be able to upgrade your character’s skill tree, powering up your basic, heroic, and intrinsic abilities. We’ve compiled all of Black Panther’s skills in bulleted form, along with a description for most of these trees — skills unlocked by default are in bold.

T’Challa’s light attacks are mainly focused on claw strikes, and upgrades in this tree allow you to combo these scratch attacks.

Unleash T’Challa’s brutality with heavy attacks, with his Power Attack pinning foes to the ground, and upgrades giving him a bit of kinetic energy.

T’Challa has a number of vibranium daggers to throw at enemies, and upgrades will give them some traits such as seeking out enemies or even acting like boomerangs.

By holding Black Panther’s intrinsic ability, you can block attacks and even parry them with the right timing. Upgrade your intrinsic for a variety of kinectic-based moves.

Throw a set of Kimoyo Beads that seek out enemies for Stun damage. Upgrade this for a healing effect towards your allies.

Construct and throw a Vibranium Spear that can pin up to three targets. Upgrade this spear for properties such as added kinetic pulses or vortexes.

Summon the panther god Bast and receive a 10% damage buff and 10% damage reduction for some time. Upgrade this to be able to block and parry attacks that are otherwise unblockable.

Black Panther has plenty of movement abilities, including the ability to double jump, perfect dodge, wall run, and even cling onto runnable walls.