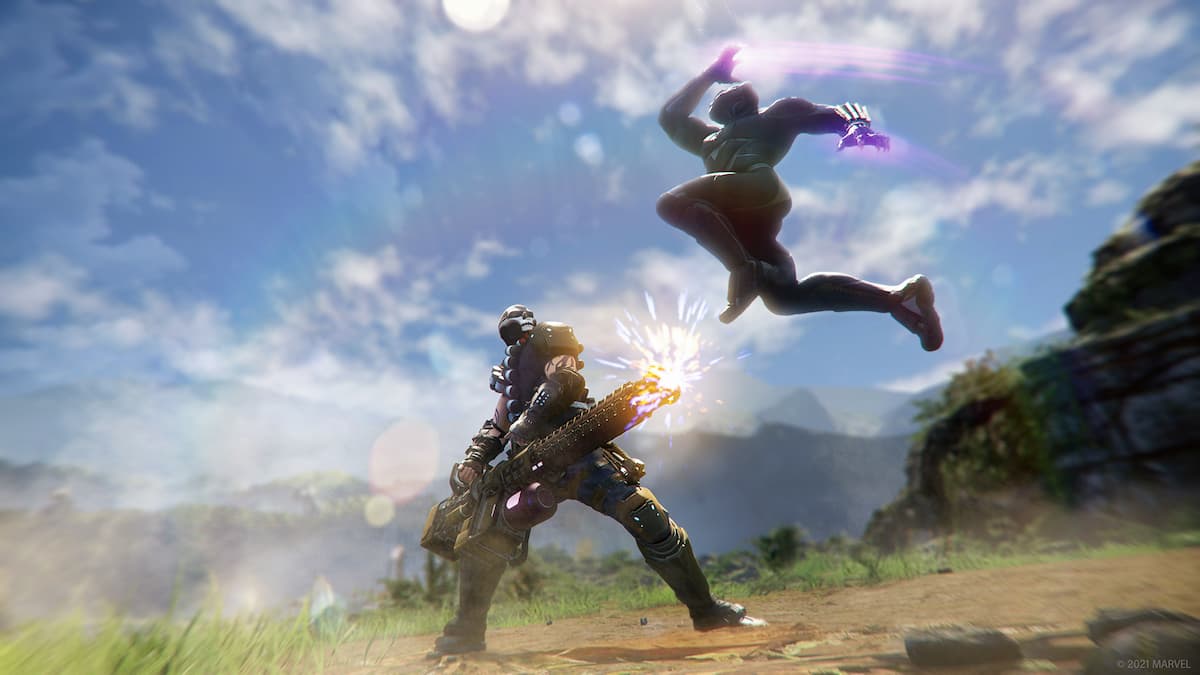 King T’Challa of Wakanda is both the Black Panther and the king of his nation, and his inclusion to the playable roster of Marvel’s Avengers adds a bit of royalty to the game. Black Panther comes with the large War for Wakanda expansion, and with him comes a unique set of melee and kinetic-energy-based attacks. There’s a certain grace to how T’Challa moves, but there’s also a sense of brutality to it. Prepare to claw up some baddies.

Black Panther’s signature light attack is the Out of My Sight; this enacts a slashing uppercut that launches your targeted enemy into the air. Use this to break enemy blocks.

Black Panther has a Power Attack in the form of Pounce. T’Challa will pin down enemies to the ground, and you can continue to press the light attack button to claw at them or hit the heavy attack button to trigger an AOE kinetic pulse.

Black Panther uses Devastating Daggers made out of vibranium as his ranged attack; these have a Debuff effect on enemies. You can upgrade this to a skill called Relentless Daggers to throw them in quick succession. There is also a Ranged Power Attack upgrade called Kpinga Daggers.

Panther Cowl will block incoming attacks when you hold the right trigger or hit the Intrinsic Ability key. Block attacks will nullify incoming damage while also increasing your intrinsic meter. With the right timing, you can also perform Panther’s Parry. You can upgrade your intrinsic to perform kinetic blasts and perform intrinsic attacks with your light and heavy attack buttons.