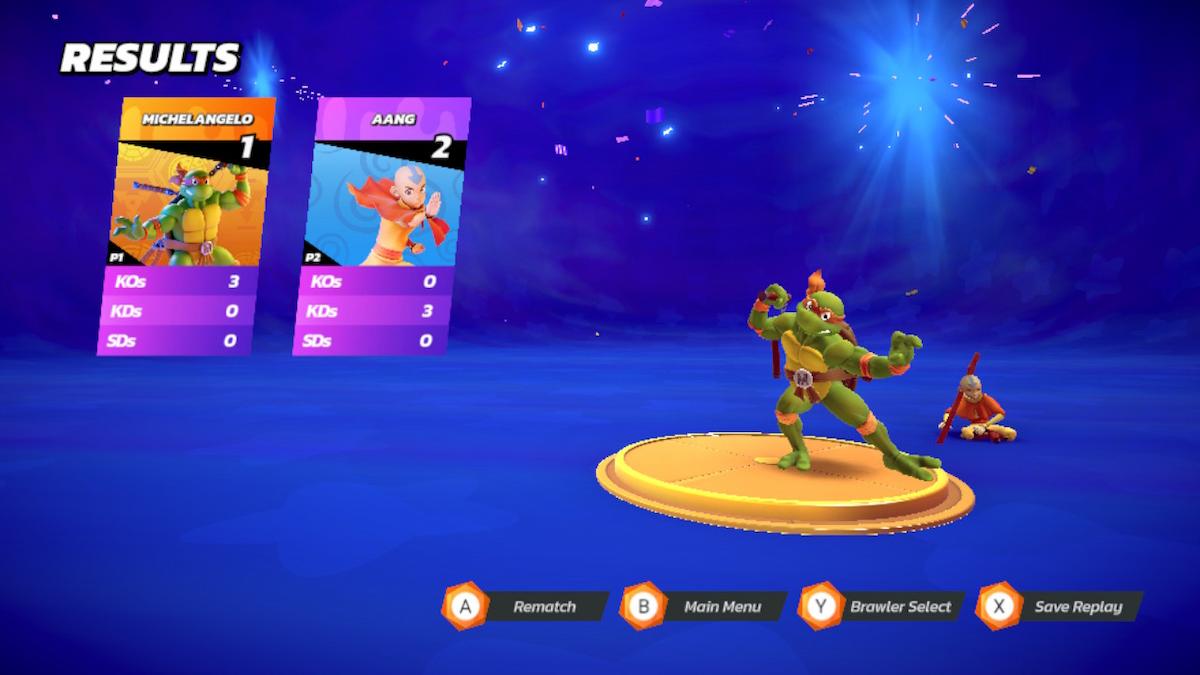 Michelangelo’s light attacks are fairly heavy in knockback; most aren’t capable of setting up combos, but they work pretty well as combo finishers.

Michelangelo’s light aerials, particularly his downward one, come out quick, and are critical in setting up combos with this character.

Michelangelo’s heavy attacks are slow to come out, but each carries a devastating amount of knockback that makes them ideal ways to finish off your enemies. Most are best used as combo finishers.

Regrettably, one of Michelangelo’s weaker points is that his heavy air attacks are a little too slow to be useful in the air. However, a well-timed one can result in a powerful killing blow.

His neutral and down aerial heavy strikes work mostly the same as they do on the ground, but worth noting is Michelangelo’s heavy upward aerial, which has some astoundingly large hitboxes and deals out a whopping 28% damage. Use this on recovering enemies to rack up damage quickly, and possibly even take a stock off them.

Michelangelo’s specials aren’t particularly meant for combos, but they can work wonders for aiding his recovery while stunting others’.