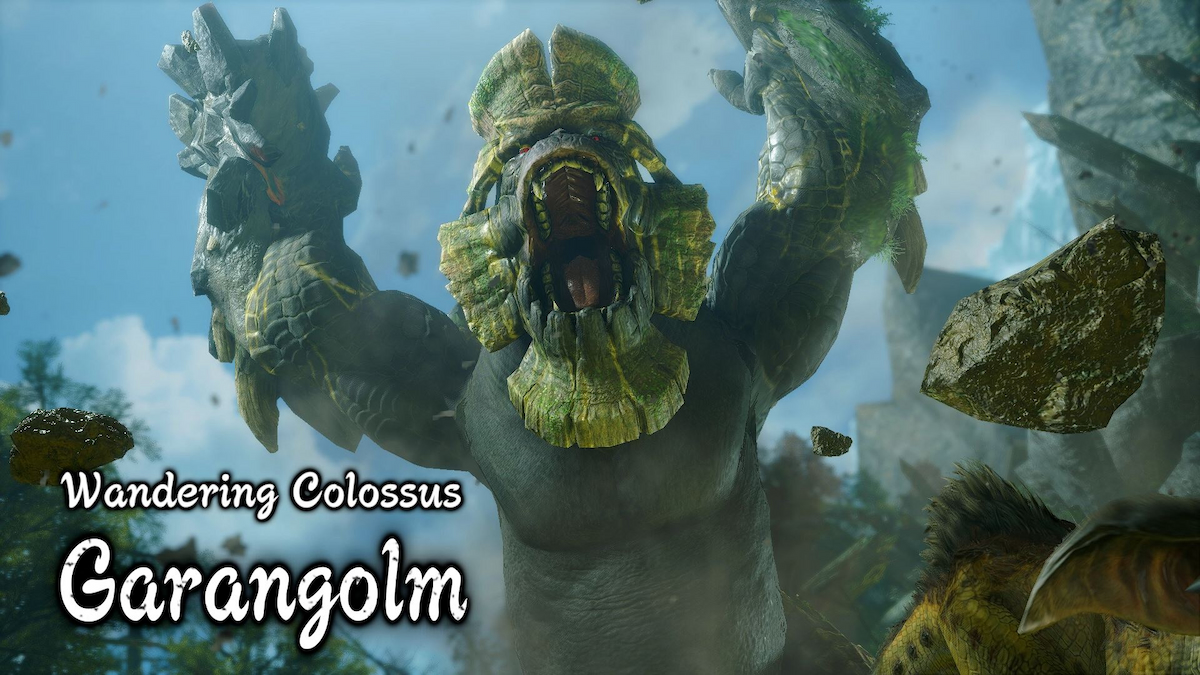 Garangolm in Monster Hunter Rise: Sunbreak is one of the three lords you will need to fight against as you progress through Master Rank. You will initially encounter this monster in the Citadel region, but you will fight against it in future hunts. Despite being one of the three lords, Garangolm has several weaknesses you exploit to give you an advantage in a battle.

In this guide, we’re going to cover all Garangolm weaknesses and material drops in Monster Hunter Rise: Sunbreak.

The Garangolm is a giant foe, capable of blasting through groups if you’re not careful. You will want to avoid bringing any Elemental weapon with you. Thunder will be the best to use against it if you insist on it. When it comes to the type of weapon you want to use, Slashing and Blunt have select parts they’re better at damaging. For example, Slashing is best used against Garangolm’s head, whereas a Blunt weapon is best used against the arms. However, each of these weapons are nearly identical regarding damage potential, with ammo being the lowest in almost every category.

These are all of the weaknesses of Garagolm in Monster Hunter Rise: Sunbreak.

You can earn multiple worthwhile rewards while battling Garangolm. You’ll want to farm these materials if you plan to find the best weapons and armor as you progress through Master Rank.

Many of the best ways to receive these items require you to break these body parts, utilizing your Slashing and Blunt weapons against the head, arms, and tail. The arms will be the toughest part of the creature, and they yield several materials, such as Golm Thick Juice and the Garangolm Fist.