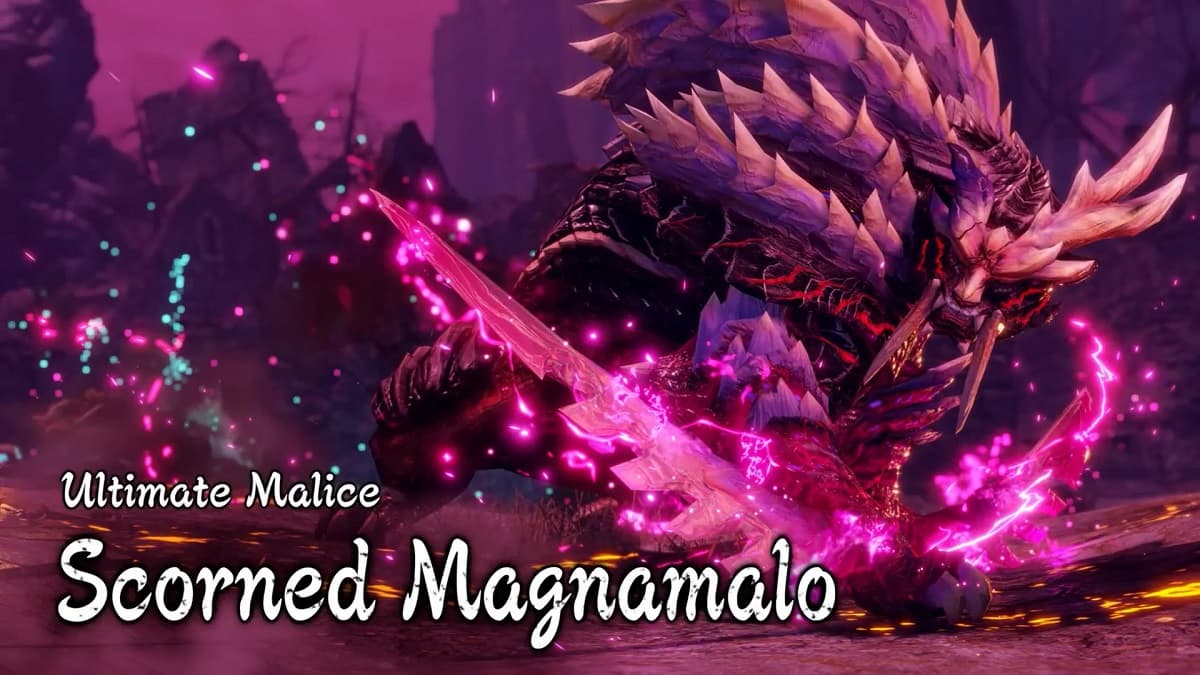 Though Monster Hunter Rise: Sunbreak adds plenty of new enemies to take on, some are so tough that you have to wait until after the final plot monster to fight. The Scorned Magnamalo is one such monster. It has one of the highest threat levels in the game and can prove a challenge to even the best-equipped hunters. Here is everything you need to know about how to hunt the Scorned Magnamalo in Monster Hunter Rise: Sunbreak, including its weaknesses and what it drops.

How to beat Scorned Magnamalo in Monster Hunter Rise: Sunbreak

The Scorned Magnamalo is a more dangerous variant of the Magnamalo that can already be found in the base game. It is completely immune to both fire and dragon elemental damage but takes bonus damage from water and thunder damage. Planning your loadout accordingly will be the key to surviving this fight. Slashing and blunt weapons are equally effective, but the monster is susceptible to being stunned so blunt weapons are slightly more effective when targeting the head.

Unlike many other monsters in Monster Hunter Rise: Sunbreak, the Scorned Magnamalo is slightly less dangerous at close range than it is at a distance. That is because most of its most powerful attacks are more difficult to avoid at range. When it enters its Enraged state, it will fire powerful, quick ray attacks from its tail that are much more tricky to dodge at a distance. The best strategy is to try to lead it toward other monsters, as it is easily distracted by other targets.

Attacks to watch out for from the Scorned Magnamalo include its Frenzy, which allows it to charge multiple targets before jumping and assaulting the furthest target, and its powerful Tail Cannon. It will wave its tail in a circular motion before shooting multiple, quick beams of energy at its target. Both can be devastating to groups of hunters and can turn the tide of the fight if you’re caught in their path.

The materials dropped by the Scorned Magnamalo are used to create the powerful Sinister Grudge armor set, which has hefty fire damage resistance. Focus your attacks on the body to increase your odds of getting the valuable Magna Armored Cortex while attacking the head to get the Magna Glare Eye item. If you’re aiming for the Sinister Grudge armor, you’ll need to take down lots of these monsters; many of the items have a frustratingly low drop rate.