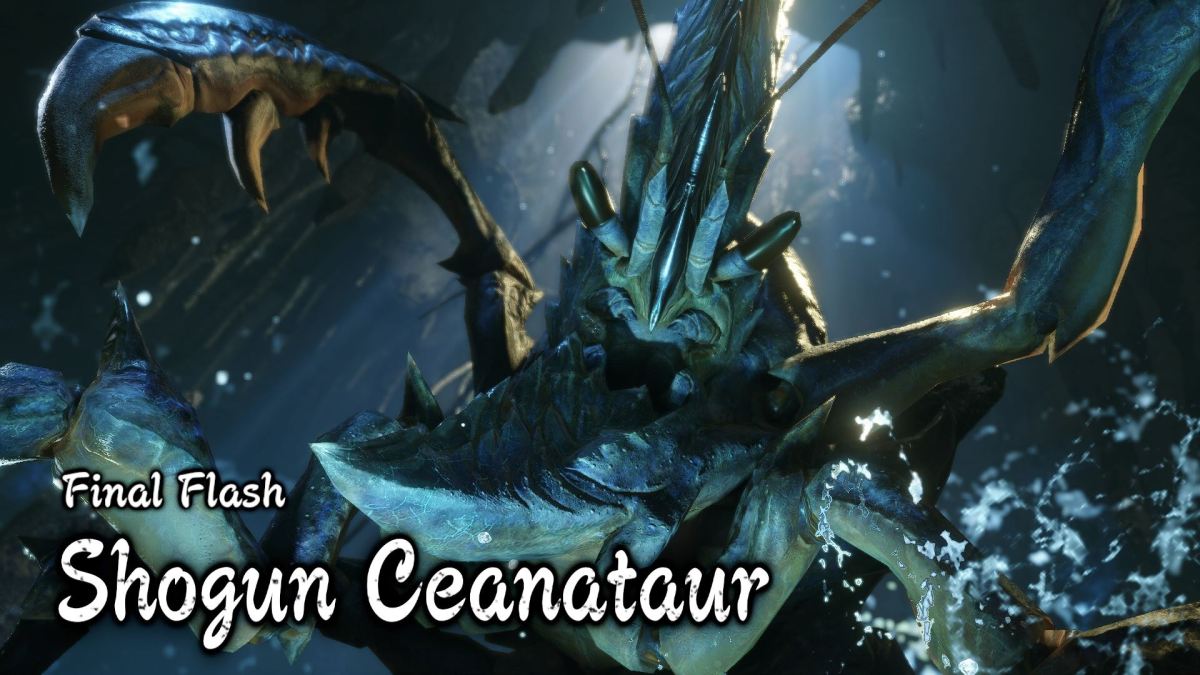 The Shogun Ceanataur in Monster Hunter Rise: Sunbreak is a unique monster. It will be a step above the Daimyo Hermitaur you’ve encountered in earlier Master Rank missions. The two share a handful of similarities, but their weaknesses and material drops are different. This guide will cover all the Shogun Ceanatuar’s weaknesses and all the materials it drops in Monster Hunter Rise: Sunbreak.

The Shogun Ceanataur is much more aggressive than a Daimyo Hermitaur. The two are similar in that they both have a shell on their back and represent different forms of crustaceans. When fighting the Shogun, you primarily want to focus on breaking its claws and the shell on its back. By breaking the claws, you can prevent it from having a broad attack, which can potentially cause a bleeding status effect on you and your party members. As for the shell, destroying it explodes the Shogun, but only for a short time. It will find another and modifies its attack pattern based on the shell it finds.

You primarily want to use Blunt based weapons on the shell and claws, but the legs, torso, and heads are perfect for a Slashing weapon. If you plan to use an Elemental weapon, make sure it does Thunder damage. Ice damage is decent, as is Fire, but Water and Dragon are the least effective.

The Shogun Ceanataur and the Daimyo Hemitaur share a Fine Black Pearl as a potential drop, but the two are different after that. We highly recommend attempting to break the Shogun’s claws and shells for some of the better rewards, such as the Ceanataur Hardclaw, the Ceanataur Cortex, and the Heavy Wyvern Scalp. These will be useful when crafting any gear back at Elgado Outpost.

An important thing to remember is how the Shogun Ceanataur acts differently depending on the shell it uses. Breaking this piece often mixes up its moveset and offers plenty of rewards. Also, if the Shogun lands a slicing cut on you and causes a Bleeding effect, use a Wirebug to get away from the battle and heal. The effect will go away on its own, but not moving causes it to go away faster, as will crouching down.