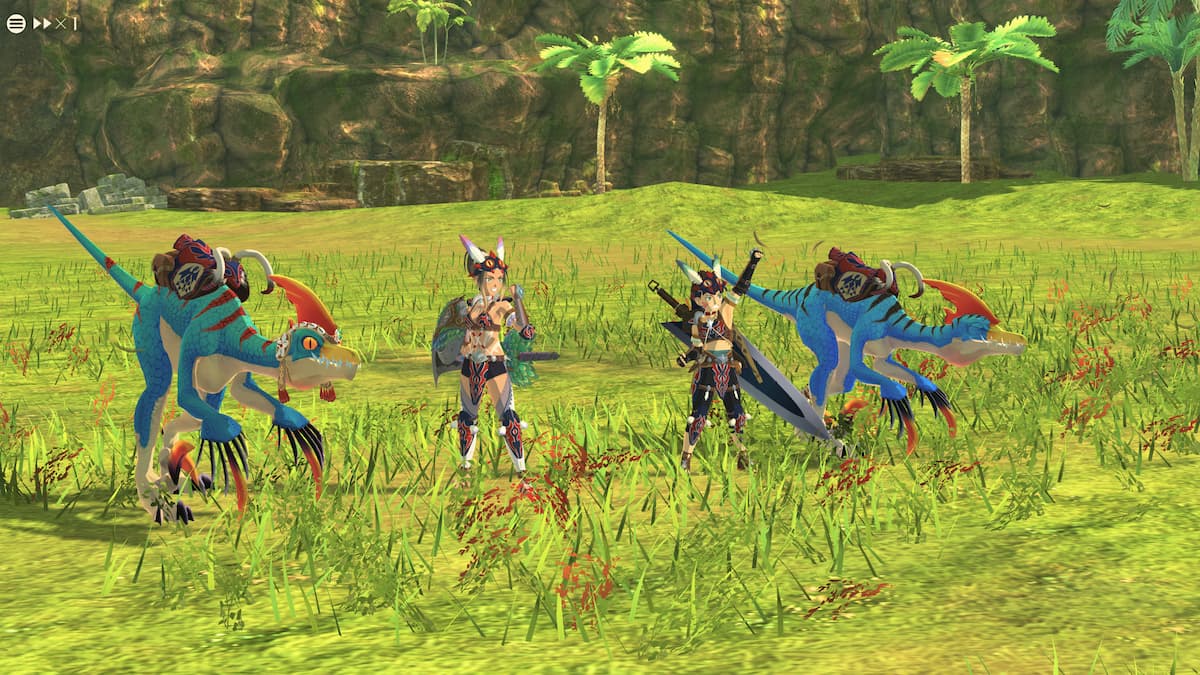 Monster Hunter Stories 2: WIngs of Ruin replaces the action combat that players will be used to in the main games with a more tactical, strategic form of combat. In the most basic sense, combat boils down to a game of rock, paper, scissors, with players trying to make informed decisions about what to do.

Monsters will make certain attacks based on their type, and after a turn or two, you should have figured out what a Monster is going to do. If you both cast the same type, you will Draw, doing a small amount of damage to each other. If you cast the counter to their attack, you will do much more damage, but if they counter you, you will take much more damage.

You will also have a helpful Felyne friend called Navirou who will give you important information about the different monsters you face, so make sure you listen to them.

Weapon switching is crucial in Monster Hunter Stories 2: Wings of Ruin. Midway through a fight, monsters can do something that changes the type of damage you need to do, or you may end up fighting monsters that are weak to different types in the same group. In the main combat menu, you will find a “Skills” menu, and one of those skills is switching your weapon.

This will not cost you your turn, and you can even switch out your Monstie as well, in case you need to bring in something new to deal with a hard counter to your current group.

If you and your Monstie do the same type of attack against an enemy, you can perform a powerful double attack, where you both strike at the same time and do more damage, and build more Kindship Gauge. Make sure you pay attention to where your Monstie is facing to figure out what opponent it will attack.

Kinship Guage is essentially your mana bar and allows you to perform Skills, or Riding. Skills are powerful special attacks that can do more damage, and they will all occur in the same damage types are normal attacks.

Completely filling your Kinship Gauge allows you to Ride your Monstie. This will heal the rider, slowly heal the Monstie, and increase all stats as well as open up some devastating attack options.