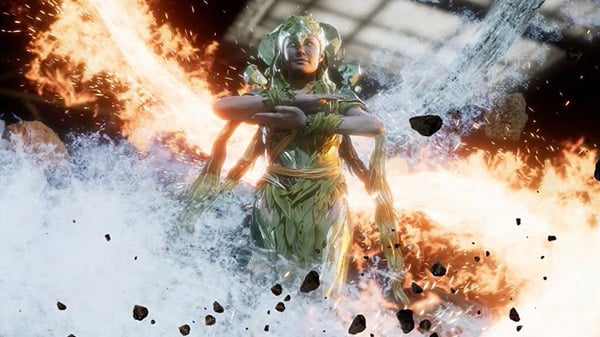 Mortal Kombat 11 gives out more currencies to every match the player wins.

One of the biggest criticisms towards Mortal Kombat 11 at launch was how much players have to grind in the Towers modes. Tower modes is where you select a tower and fight a series of CPU opponents. You get a reward for every tower you beat.

You also get rewarded for every match you play, though that’s true for outside the Toward modes as well. If you lose a match, you only get a minuscule amount of Koins, one of several currencies within the game. If you win a match you will get a small amount of Koins, along with 10 Souls, and if you’re able to do a fatality, a Heart. If you were able to do a Brutality, a different kind of finisher, you’d get two Hearts.

You need a large number of Souls and Hearts to open chests in the Krypt, which is where you’ll get most of the cosmetic stuff and other bonuses. The rewards given at every match was just too little. While beating a tower in the two Tower modes does reward gamers significantly more Koins, Souls, and Hearts, many players found the towers to be too hard.

On April 29, NetherRealm studios upgraded the game on PS4 to make Tower Mode less grueling, and to reward players more currency for every match.

Winning every match gives you the same amount of souls, i.e. 10, but now for every fatality, you do you get 3 Hearts, and for every Brutality, you get 5 Hearts. The amount of Koins you get has also increased after win; you now generally get over a thousand Koins for every match you win.

Timelines will clash. Kombatants will meet their past selves. Nothing can prepare you for #MK11! https://store.playstation.com/en-us/product/UP1018-CUSA11395…