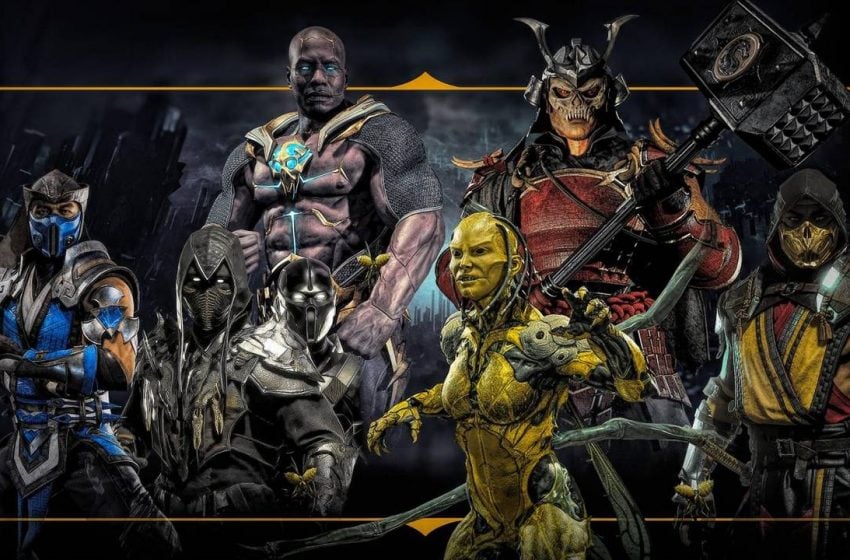 The embargo for Mortal Kombat 11 has lifted, which means journalists who have had time to play with the game can start talking about it and provide as much feedback as possible. One of the more prominent questions players are going to ask, is who made it to the full roster? We have that list for you, so you can see if your favorite Mortal Kombat character made the cut for the latest release.

The Tarkatan with the sharpest blades around, Baraka returns to the fold as a dangerous opponent. He serves Outworld and is loyal to whoever asks for it, especially if they’re interested in giving him a good fight. He’s undoubtedly one of the more brutal characters on the roster with some truly deadly fatalities. He made his first appearance in Mortal Kombat 2, so he has a rich history, despite not having too much to say.

Cassie made her first appearance in the previous game, Mortal Kombat X, as Johnny and Sonya’s kid. She inherited more than her parent’s fighting skills, such as her father’s ancient power to glow green. Above all else, she’s a capable fighter who has made a name for herself in the Mortal Kombat universe as the more or less leader of the new generation of Earth Realm defenders. She took down Shinnok at the end of the previous game.

She’s a new character entering the franchise, and she’s siding with Kronika in the game’s story mode. She’s the sister of Shinnok and daughter of Kronika and serves as the Goddess of Nature and Life. She can use the various elements, like earth, fire, water, and air, in her combat moves against her opponents, making her a deadly adversary.

D’Vorah made their first appearance in Mortal Kombat 10. She served as Mileena’s advisor until she was revealed as a traitor, turning to Kotal Kahn’s side, at the end. Her bug-like appearance serves her well in combat as she uses many moves, and calls upon small allies to aid her in a fight.

Erron Black is a deadly mercenary who sided with Outworld and first appeared in Mortal Kombat 10. He’s an expert gunslinger who frequently uses his pistol and rifles in combat, sometimes ricochetting the bullets off of various surfaces before they hit his target. For those who want a taste of the old west, Black is your man.

Geras is another among Kronika’s roster who makes their debut in Mortal Kombat 11. One of his unique abilities allows him to alter the sands of time, granting him the opportunity to replay his previous moves, teleport, freezes time to stop his character from attacking his opponent, and more.

Jade was an Earth Realm protector who has become one of the dead, forced to serve under Quan Chi, similar to other main characters who perished during the events of Mortal Kombat 9. Despite being undead, she returns with many of her same move sets and her signature staff. Initially, she served as Kitana’s friend and protector, and she made her first appearance in Mortal Kombat 2.

Jacqui Briggs is Jax’s daughter, and she shares a similar, aggressive fighting style to her father. She serves Earth realm with her best friend, Cassie, although her father Jax does not approve. Regardless, she fights against those who wish to destroy her home. Alongside her brutal close-quarters combat techniques, she uses an array of firearms to assist her.

One of the original Earth realm defenders, Jax fought alongside Johnny Cage, Liu Kang, Kung Lao, and Sonya when Raidan first asked for their help. Unfortunately, his loyalty brought about his death, and he served as an undead slave under Quan Chi, until Earth realm saved him in Mortal Kombat X. Now, he wants to live a simple life, but can’t seem to step away from the conflict for too long before getting his hands dirty. Jax made his first appearance in Mortal Kombat 2.

Johnny Cage has been with the series since the first Mortal Kombat game. He’s a cocky movie star from Hollywood who didn’t first believe much of the supernatural stuff to be real, until later on, and he became a pinnacle character later in the series. He was one of the few Earth realm defenders who survived Mortal Kombat 9 and went on to have a leadership role in Mortal Kombat X.

Throughout Kabal’s messy history in the Mortal Kombat series, he’s served as both good and bad. In Mortal Kombat 9, he was officially good, until he died, and then was taken away as one of Quan Chi’s undead warriors. Now, he’s forced to serve the dark warlock and serves the Netherrealm, alongside other imprisoned Earth realm defenders. He uses a pair of cane swords, and body modifications to increase his speed during combat.

The leader of the Black Dragon clan, Kano is as ruthless as it gets in this series. He and Sonya blade have had rival since he first showed up in the first Mortal Kombat game. On his right side, he has an implant of a robotic eye that he can shoot lasers out. One of his signature moves allows him to curl up into a ball and rush his opponent, giving him a unique move set in combat.

Formerly the “daughter” of Outworld’s ruler, Shao Kahn, she was under the impression she had always been the ruler’s legitimate heir. However, she later learned Shao Kahn had killed her father when she was young and made himself ruler. Now, she serves as an Earth realm defender, although she too died at the end of Mortal Kombat 9, and is now forced to serve as one of Quan Chi’s minions.

The Kollector is making their debut in Mortal Kombat 11. We do not have too many details about this character, at the moment, but we do know he resides in Outworld and serves it. He lusts after increasing his wealth and will attempt to squash anyone who opposes him expanding it.

With Shao Kahn gone, Kotal reigns as the new leader of Outworld. Despite being the new leader of Outworld, he does not wish to expand his territory. He is content to rule it, and not move against others. This choice makes him a useful ruler, as Earth realm can remain in peace. However, not many saw it the same as home, and thus there was a civil war led by Shao Kahn’s daughter, Mileena. He made his debut in Mortal Kombat X.

Kung Lao first showed up in Mortal Kombat 2, another Shaolin Monk, opposite to Liu Kang. However, he works a little bit different as he does not rely on his feet, using his fists and his sharpened hat to carve up his opponents. He too died at the end of Mortal Kombat 9 and now serves under Quan Chi as an undead warrior, forced to do his bidding.

Raiden believed Liu Kang to be the winner of the Mortal Kombat tournament in Mortal Kombat 9. However, in the story, he wanted Liu Kang to stand down who did not, and Raiden was forced to kill him for time to change. When he died, he returned thanks to Quan Chi and now happily serves him, intent on getting his revenge against the God of Thunder.

When he was among the living, he was known as the original Sub-Zero. Now, having returned thanks to Quan Chi, he is now known as Noob Saibot, a shadow of his former self. He comes with a variety of new powers, including a new shadow companion who assists him in combat. In this game, he’s serving alongside Kronika to help her to bring the timeline back to its original state.

The God of Thunder, Raiden is sworn to protect Earth realm. In Mortal Kombat 9 he received a vision from his future self about how to win the tournament, and prevent Shao Kahn from taking over. However, his choices throughout the storyline caused many new deaths, and the timeline became something far different. Kronika has revealed herself to bring about balance, and return the timeline to its proper state.

One of the original ninjas from Mortal Kombat, Scorpion, was a former shade Quan Chi brought back from the dead. He had a blood feud with the original Sub-Zero because Scorpion believed he had killed his entire clan when it had been Quan Chi who destroyed them. He learned of this truth and turned away from the side of the Netherrealm, now serving alongside Earth Realm and even working with the new Sub-Zero.

Skarlet first showed up in the Mortal Kombat series in the second game as a glitch. She made her official debut as a playable character in Mortal Kombat 9 as a DLC fighter. She’s returning to the fold as character shown on the main roster. She uses blood to enhance her fighting abilities and even uses her opponent’s blood to cause them physical harm.

An original character from the first Mortal Kombat, Sonya Blade has seen many things serving alongside Raiden and attempting to save Earth realm. She was one of the few survivors of Mortal Kombat 9 and taught her daughter, Cassie Cage, everything she knows. She brought her into the Earth’s special forces unit and served as Johnny Cage’s main love interest.

Sub-Zero is the other notable ninja shown throughout the Mortal Kombat franchise, who uses ice-based abilities and freeze his opponents. He’s been involved with the game since the first Mortal Kombat and has had a rivalry with Scorpion since the beginning. There have been two Sub-Zeros: the first died to Scorpion and later became Noob Saibot. The other is the original’s little brother, who in Mortal Kombat 9 became a cyborg, but returned to normal thanks to being saved by other Earth realm defenders.