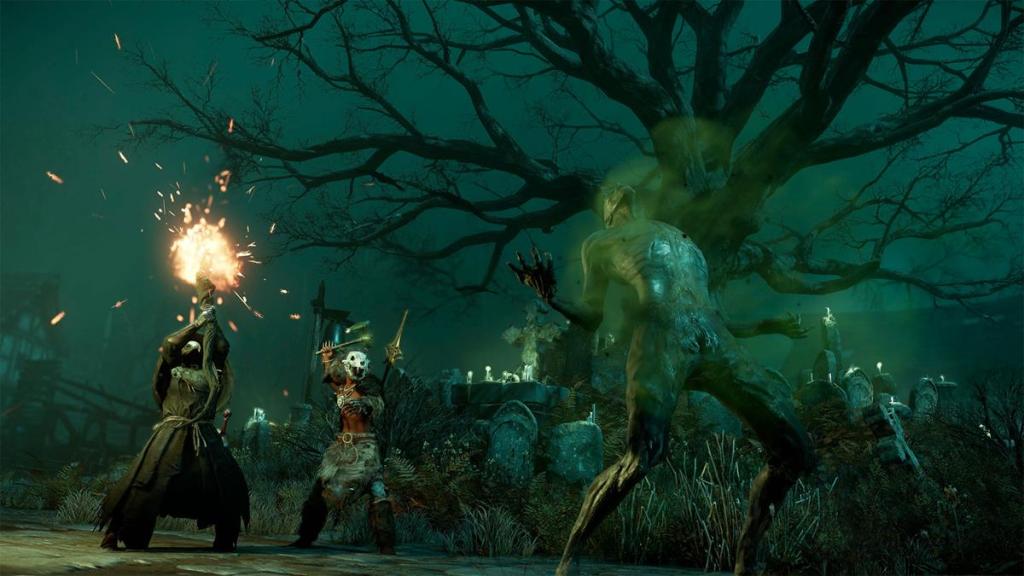 If you’d like to focus as a ranged combatant in New World, you can do just that, thanks to the Fire Staff. This weapon is all about doing heavy, magic-based DPS from afar with your Intelligence stat. Here’s our guide to help you with the best Fire Staff build in New World.

The Fire Staff weapon in New World has two skill trees: Fire Mage and Pyromancer. Although both have skills with area-of-effect (AoE) capabilities and those that apply the burn status, there are some key differences. The former tends to emphasize nuking foes from a distance. The latter, meanwhile, is for those who wish to get up close and personal. It has a few defensive-oriented perks as well.

I find that the Fire Mage tree isn’t as viable when you’re soloing. Although there are abilities that are quite good for AoE damage, you’ll need to take note of your aggro as well.

Recommended active abilities: Pillar of Fire with First Strike and Arson’s Advantage in general situations. If you’re PvPing or you’re with a tank, you can take Fireball with Scorched Earth and Catch, as well as Meteor Shower with all the perks in that column.

Recommended passive abilities: Several options here are quite good. Spell Focus and Flare, when combined, allow you to spam heavy attacks to regenerate mana. Fiery Restoration also helps lower ability cooldowns. Meanwhile, you’ve got Clearcasting, Spellsinger, Prophet of the Fire God, and Clear Mind to boost your DPS further thanks to critical hits and other buffs.

The Pyromancer Fire Staff tree is ideal if you’re playing New World solo. It’s also quite decent if you like to get into the thick of the fray. Alternatively, you could find yourself getting ganked in PvP. That means you’ll want some additional survivability and mobility.

Recommended passive abilities: Kindle is one of the better options here since it increases the duration of burning effects by 20%. Likewise, you have Pyromania, a passive that increases your damage by 20% when you’re below 50% health. Lastly, Let It Burn and Combat Speed add some extra survivability by increasing your mitigation and speed, respectively.

Overall, you’re looking at a plethora of ways when trying out the Fire Staff weapon in New World. Ideally, you should have some AoE nukes (i.e., Meteor Shower and/or Fireball) and a means of escaping foes when they get up close (i.e., Incinerate). Apply a “glass cannon” mentality when you play, which means you need people who will keep your enemies at bay as you turn them into ash from a distance. Lastly, you can try the Ice Gauntlet or Life Staff. The former uses spells with freezing effects, and is quite viable since it also uses the Intelligence stat. The latter, meanwhile, still has you using magical attacks, but the vast majority of your skills are healing-oriented.