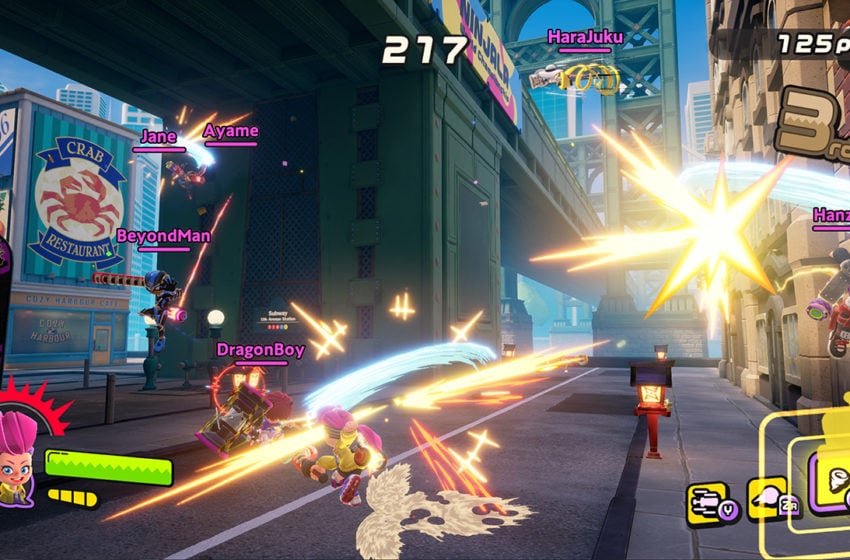 Ninjala relies on melee combat, abilities, and gum. Abilities are based on weapons, and different weapons offer different abilities. They also modify player stats: change speed, increase damage, decrease damage, or increase range. Each weapon has its own strengths and weaknesses, allowing players to pick what’s right for their personal play style.

Weapons change your character’s health and speed stats, granting you greater health or faster attacks. There are three main weapon types: katanas, hammers, and yo-yos. Katanas tend to be balanced blades, while hammers are slow but with a lot of health and high damage. Yo-yos, meanwhile, are fast with lower health. These weapons are linked to a type of gum that helps level them up and craft larger, stronger weapons during battle.

Each weapon has a Gum Shoot ability, Gum Ninjutsu, a special, and two other abilities. These different abilities are picked from the same pool, so a hammer may have the same gum shoot skill as a katana, but with other attributes. It’s a nice mix and match set up to let players decide what they like best. Gum Shoots and Gum Ninjutsu skills are not limited to a weapon type. Specials, Abilities, and Big Weapon Abilities are limited to different weapon types.

To see these abilities on different weapons in-game, hit “+” while a weapon is selected.

Gum Shoot abilities are aptly named. They fire gum at your opponents. Each one does something vaguely different, from damage to immobilizing them to revealing them.

Think of Gum Ninjutsu as Overwatch’s ultimate ability mechanic. These charges slower than your Special and so you’ll want to time these better. They do higher damage than other abilities.

Specials are your standard abilities on cooldown. They can be used frequently in battle, often offering mobility changes or advantages.

While it’s in the same abilities section in the game, one ability is when the weapon is powered up.

Big Weapon abilities only activate when you have morphed your weapon into a big weapon. At which point, they become stronger and add an additional ability to your arsenal.

Katanas might as well be rubber bats. They look, move, and act like them in the heat of battle. These weapons give players moderate health, decent speed, and a range of quick, dashing abilities. All of them have the same health and speed – Health is at a comfortable 300, while speed is an intimidating 100.

The IPPON Katana is the default weapon. Players start with this one equipped and likely play their first training session with it. This weapon has good mobility associated with it, as does the Scroll Blade below. With Charging Slash, you can quickly close the distance between yourself and foes, or use it to escape.

The Scroll Blade is similar to the IPPON Katana, both have high mobility and good damage. The Scroll Blade trades the Gum Launcher for the Gum Kunai instead. Both are homing weapons that will track your enemy. The Piercing Mixer ability will also hit enemies hidden underground, giving you a chance to counter some of the stealthier foes.

Drill Beast trades mobility for stealth and relentless assault. The Drill Beast, and its sibling, the Corn Bat, are built for players that like to be in the heat of battle and take damage as a result. The Miracle Charge ability heals you with each Special used. And since your Special takes you underground, you’ll want to use it a lot.

The Corn Bat is the meme-y cousin to the Drill Beast, and it trades that sick drill for some corn kernels. Appearance aside, this one plays a little more range than its cousin. The Dragon Lord ability has a good range on it, and the Launcher will target opponents.

Tank players rejoice. This is your category. Hammers are higher health, offset by a drastic speed reduction, and the attack is slow and heavy. If you’re used to the yo-yo or katana classes, you will feel this reduction. They are not mobile, so don’t expect to escape the heat of battle as easily. You will need to fight your way out instead of running for cover.

The SK8 Hammer and the Sushi Axe are the tanks if you like to outlast damage and dish it out in response. It offers additional armor, reducing incoming damage further for the already higher health. Gum Net slows caught enemies and lets you catch up.

The Sushi Axe is a cute weapon that tries to be what the SK8 Hammer is. While it succeeds in adding armor to an already high health pool, it fails at trapping enemies in a net. Your Ninja Tornado has to be right on top of opponents and is short-lived. You want to make sure you are close if you unleash it. Your Grenade does not home in on opponents. You will feel the low mobility in this build, but it may be worth it if you can time the attacks well. The enemy has to come to you sometimes.

Iron Noise and Drum Beat have the highest health of the entire weapons set. They also sacrifice speed to a greater extent. Iron Noise tries to balance this with the Fujiyama Rocket and Up-Tempo abilities, making it a deadly weapon in the right hands.

Drum Beat does what Iron Noise does, but adds some extra range. Gum Launcher follows enemies, while Dragon Lord is a powerful ranged attack that doesn’t require you to be on top of your foe. With Up Tempo and Feedback, this is a dangerous combination if players don’t mind the speed reduction.

Yo-yos are the antithesis of the hammers, fast with little health but very high mobility. Yo-yos offer more vertical mobility than katanas. Yo-yo players are the ones that are hitting you from the sky while you wonder how they reached that height.

The Ninja Yo-yo and the Shinobi Spinner give the player the best vertical mobility. With Yo-yo Leap, players can leap to anywhere they toss their weapon. The Ninja Yo-yo helps counter potential sneaky foes with Piercing Mixer. It does feel a little unnecessary when you can just escape into the sky.

Shinobi Spinner has the best name of the weapons, although the fidget spinner motif may put some players off. The Shinobi Spinner offers closer combat than the Ninja Yo-yo with the Ninja Tornado ability. With the Gum Net skill, players can trap enemies and pounce on them, using their vertical mobility to the fullest.

Mellow a la Mode has a charming donut theme and the best anti-stealth skill set. It forces players to transform, grabs close opponents, spins them before doing damage, and can find them by spending S-Energy.

Trick Ball is the ranged counterpart to the Mellow a la Mode. With its protective Gum Balloon and Fujiyama Rocket, it doesn’t need to get close to enemies. The extra distance gives Time to Relax a chance to take effect.

There are many weapons to choose from. If it were just a matter of skins, it wouldn’t be a hard choice. Each weapon opens up new possibilities for playstyles. Try them all to figure out your favorite. 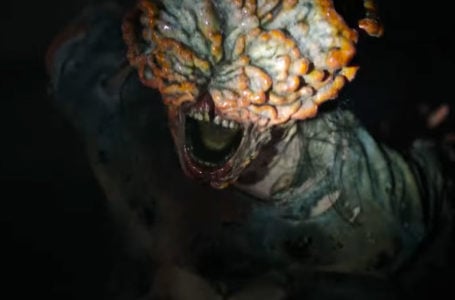