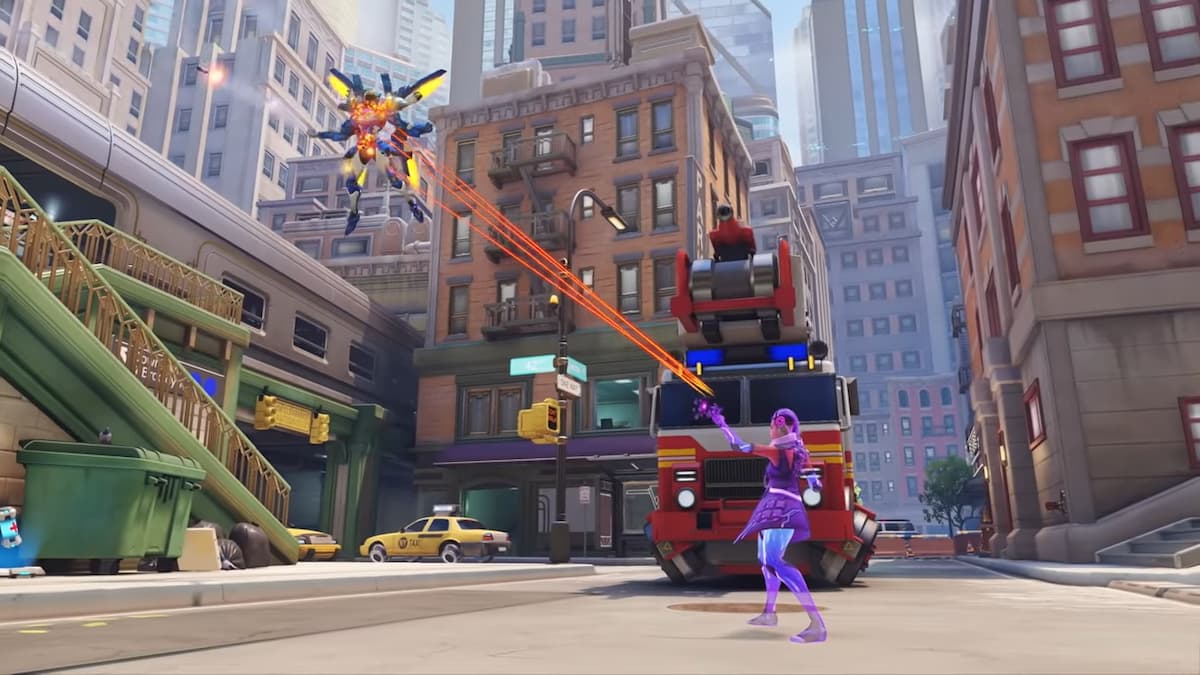 Ever since her debut in the first Overwatch, Sombra has been one of the more interesting characters in the game. She has a big role to play in the story going forward and has unraveled secrets many of the cast want hidden away forever. In Overwatch 2, Sombra has been altered to play quite differently than in the first game. Here are some tips, strategies, and more things you need to know about playing Sombra in Overwatch 2.

Sombra’s primary fire is from an SMG, so she has a high rate of fire with not a ton of damage per bullet. Her spread has been reduced to make hitting shots easier to compensate for the damage drop-off.

How to play as Sombra

Sombra’s biggest weapon is no longer her hacking abilities in Overwatch 2. It doesn’t shut down enemy abilities long enough for you to get good use out of it in a one-on-one fight. Instead, you want to treat her as an assassin, focusing on low-health enemies.

Start by placing your Translocator in a safe area, preferably near a health pack that you can retreat to if you get in trouble.

Next, go invisible and sneak around the enemy team. You want to either attack squishy enemies that are off on their own or help other teammates finish off their targets. Sombra does not put out enough damage to be viable in a head-on fight, so if things ever begin to look iffy, get out of there fast.

When you have your Ultimate, go to EMP as many enemies as your team initiates a fight with them. The health drop-off will put them at a distinct disadvantage and keep them from using their abilities or Ultimates for a split second, which should turn the tides in your favor if the attack is quick enough.

Good teammates to play with Sombra

Because Sombra’s Hack and EMP have changed so much, she is no longer reliable alongside any Tank or Damage character. Getting the timing to combine Ultimates with your teammates will take perfect timing to work, so unless you have a full five-person team of friends, we don’t recommend attempting to use EMP to set up D.Va or Cassidy’s Ultimates.

Instead, take Sombra as a secondary Damage that can help your teammates finish off enemies rather than take down multiple enemies herself. Finish off low health enemies hurt from hit-scans like Widowmaker, Soldier: 76, Cassidy, and Sojourn. If your Orisa, Winston, or Doomfist is jumping into battles and taking the heat off you, that will work in your favor as well.

All counters and who to counter with Sombra

Strong counters against a Sombra include anyone who can easily get her out of her stealth or reveal her location to the team. For the latter, Widowmaker and Hanzo are your best bets, while Mei can use her ice spray to slow her down and has enough health to take her attacks. Reinhardt, Orisa, Roadhog, D.Va, Sigma, Reaper, Cassidy, and Zarya will have the advantage in one-on-one situations. Torbjorn’s turret will also be trouble for her whenever she shows her face.

Characters that Sombra is good against include any enemies that start with low health and that Sombra can sneak up on, Hack, and quickly kill. Widowmaker, Zenyatta, and Ana stand out. She also can greatly disrupt Wrecking Ball even with Hack degrading quickly because he relies on momentum for his uses.