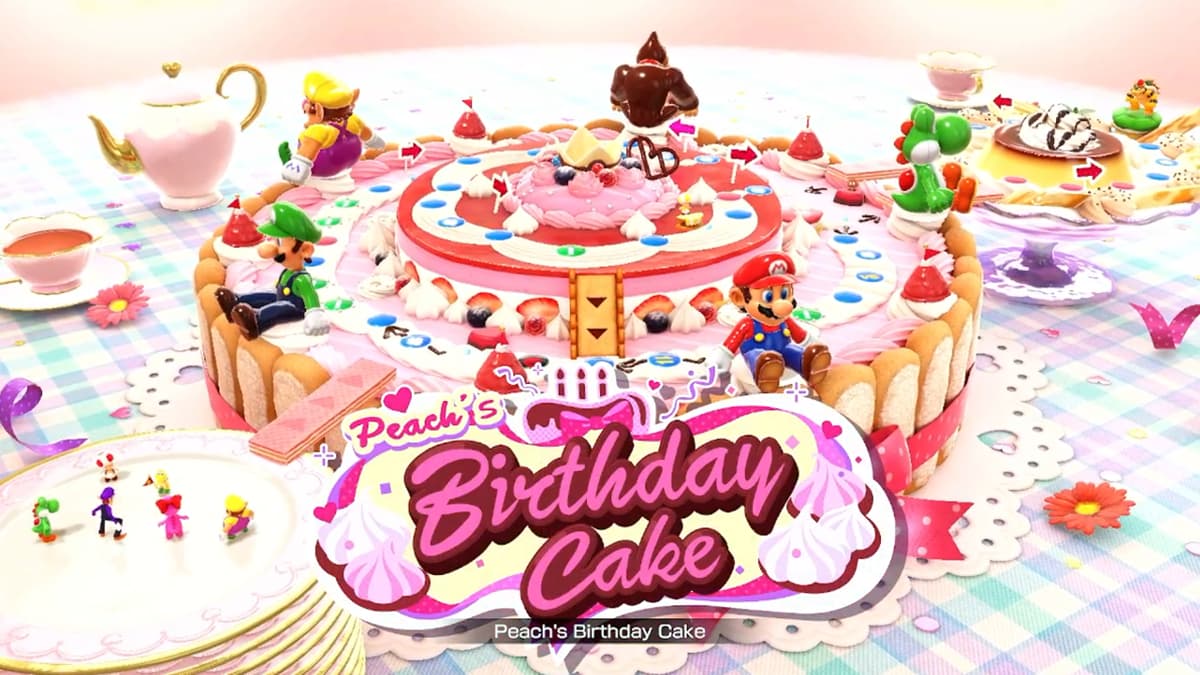 Peach’s Birthday Cake was one of the original boards to make its debut in the first Mario Party game. Since that game, the series has made some big changes and the design of Mario Party has come a long way, so things have been slightly tweaked with the new version of the board in Mario Party Superstars. Here is what you need to know about Peach’s Cake.

In the original version of Peach’s Birthday Cake, you would travel along the cake until you came by a Goomba who would plant a seed that tells you if you got to buy a star from Toad or visit Bowser. Since the seed decision was completely random, this needed to be adjusted for Superstars. Now, you will always have a chance to purchase a star from Toadette. Peach’s Cake is very linear, so you will eventually run into her, and don’t worry, she does not move after someone purchases a star.

As for Bowser, the Goomba still is present on the map after you pass Toadette. There is a one in four chance of going to Bowser by choosing seeds. If a player gets a seed that sends them back on the normal path, the odds will worsen for the next player until someone eventually gets a Bowser seed. If you go to Bowser, there are a few red spaces, a Chance Time Space, and the bad guy will take 20 coins from you and hit you in the head with a rock cake. However, if you are in last and see him, he may give you coins. Leaving Bowser will put you in direct line to see Toadette again, though, so it’s not that bad if you have plenty of coins.

There are groups of two Event Spaces along the outside of the cake. If a player lands on one, they will have the chance to plant a “strawberry.” Instead, you are planting Piranha Plants. If you plant a small one, they will steal coins from anyone who lands on the space. A big one will rob a star. If you land on your own plant, they will give you a few coins and wait for a victim. Each Piranha Plant will stay in its spot until it attacks one person, and then that lot is free to be planted in again.

There is one Event Space that is not connected to the Piranha Plants. It is at the top of the cake after reaching Toadette and is a shortcut to the beginning of the board, so you do not have to pass the Goomba.

Peach’s Birthday Cake is a small board, one of the smallest ever in Mario Party history. With that in mind, players are most likely bound to rack up coins and stars rather quickly. Since there are not many spaces to land on, there is an increased chance of finding hidden blocks in those spaces. In our first game, we had five hidden blocks appear.  Maybe that was a fluke, but expect coins and stars to be thrown around to about everyone while you play here.