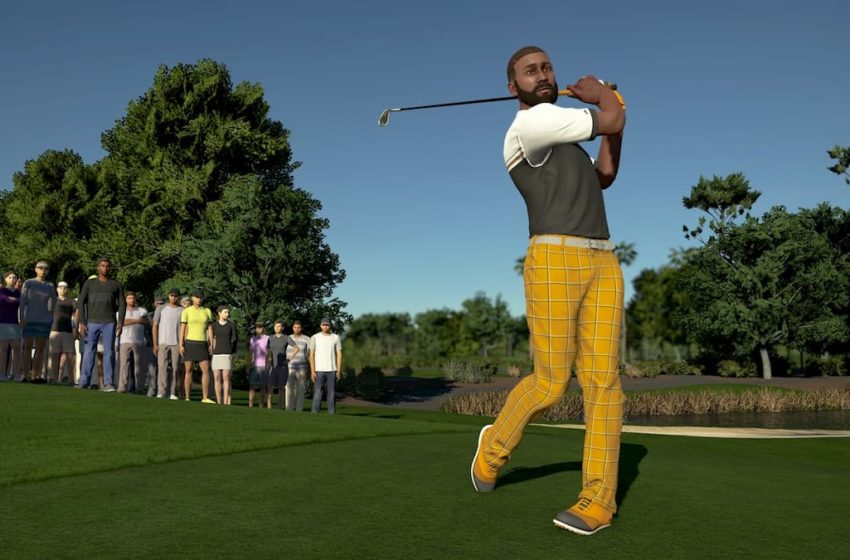 Golf is a game that requires not only physical strength but also mental acuity. Professional and amateur golfers need to make sure that they plan every shot thoroughly, analyze the current hole, and keep their body in sync. In PGA Tour 2K21, you don’t have to worry about many of the technical aspects, as the game takes care of that for you. Still, you will need to master the finer points, and one of those is driving.

For those who may be new to golf, driving the ball is what you will be doing most of the time between when you hit the tee at a hole and when you make it to the green. There will be times where you’ll need to perform a chip or a pitch, but don’t worry too much about that right now. When driving the ball, you’ll be using the driver most of the time. However, you may also use either a 5 Hybrid or a 5 Iron at times, especially on shorter par-3 holes or longer par-4 holes.

Now that you have a good idea of what driving is, let’s go over some simple steps to get you in the right direction.

When starting the PGA Tour 2K21 for the first time, you will be prompted to select which stick you want to use to drive and putt. Players can choose either the left analog stick or the right analog stick on their DualShock 4 or Xbox One controller to take shots in PGA Tour 2K21. It’s up to you to choose, but you should pick whichever stick that corresponds with your dominant hand. For example, if you’re right-handed, you might want to pick the right stick, and vice-versa for left-handers.

Now that you have selected which stick you will use, let’s go over the controls. To enter your backswing, shift and hold the stick down. To move to your downswing, which will be when you actually hit the golf ball, shift the stick up once you have finished with the backswing. However, you have to push the stick straight up in order for the ball to go in the correct direction. If you don’t, the shot could veer to the left or the right.

Before you do anything in PGA Tour 2K21, spend time in Practice mode. Not only will you be able to mess around and get a good feel for the controls, but players can also calibrate their swing. Calibrating your swing will give you a better idea as to how you should time your swing, but it will also let the game calibrate perfect downswing timing based upon your shot. We’ll get more into why that’s important in a bit.

Upon starting up PGA 2K21 for the first time, your character will be saddled with a default bag of clubs. The good news is that getting new clubs is relatively simple. Clubs can be purchased with coins obtained from completing in-game objectives and finishing rounds of golf in Local, Online, and Career modes. Ideally, you will want drivers and irons that can have good distance but also some forgiveness. A club’s forgiveness is an indicator as to how much room for error that you will have when driving the ball. If you’re someone who’s prone to moving up the left or right stick in a less-than-straight line, pick a club that has a high amount of forgiveness.

When attempting a drive in PGA Tour 2K21, you will notice that at the bottom of the screen is a bar with a white marker inside it. This white marker will indicate what percentage of power you are currently slated to swing at. The goal is to hit this marker with your backswing, and to do so, you will want to shift the stick up as soon as the line in the bar hits this white marker. You can shift up slightly before or after the line hits the marker, but if you do, keep in mind that on some occasions, this could lead to you either losing power on the shot or putting too much on and slicing it.

Use the aim and the shaping tools

When preparing for a drive, it’s important to use the target marker, which can be adjusted using the stick, depending on what stick you are not using to drive. Moving the marker allows you to aim the ball, but be sure to keep the direction of the wind in mind. If you don’t, the ball may blow straight into a patch of rough grass.

In addition, you might want to use the game’s shaping tools. These shaping tools allow you to hook the ball in a specific direction, which could help you avoid some dangerous hazards. To do this, use the stick you don’t use to shoot to move the target around while holding down LB on Xbox or L1 on PlayStation.

Turn off Swing Timing to start

Swing timing in PGA Tour 2K21 can affect your shot in a variety of ways. If you manage to hit the shot with perfect power (meaning you have hit the white marker), then your shot should not slice or hook. Rather, the shot should go relatively straight, provided that you push the stick straight up. Even the slightest deviation from missing this marker, however, could mess up the drive. On top of that, the speed (or Swing timing) of how you come up also affects the shot. Coming up too fast or slow will also be a factor as to where the ball goes. But here’s the problem with all of this: it’s really hard to get the right timing consistently.

Because of this odd and somewhat flawed mechanic, we recommend shutting Swing Timing off initially. This will allow you to forget about the timing, meaning you will only have to focus on hitting the white marker. Once you master that, then you can worry about timing.