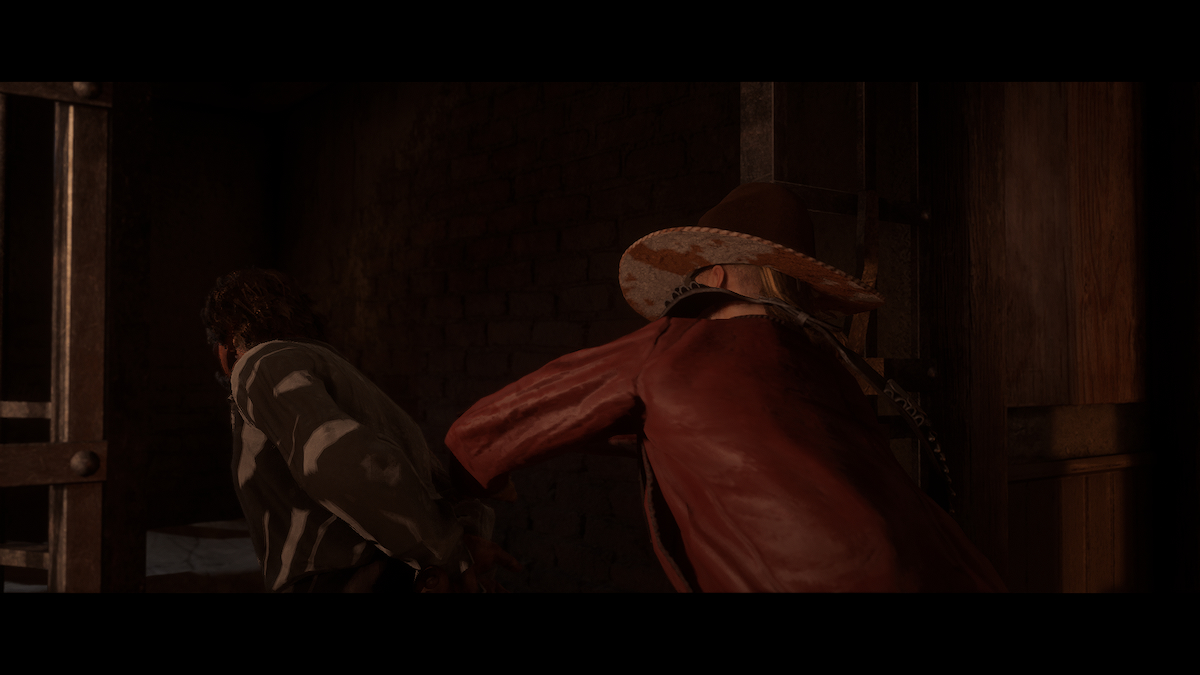 In Red Dead Online, crime sometimes runs in the family. That’s the case of the Bellingham Bros., one of the groups in the games known as an infamous bounty. Taking out infamous bounties is a multi-step process, tasking head-hunters with tracking down three different bounty targets. In the end, though, is a nice, fat stack of cash. Here’s how you can take in the last of the Bellingham Bros., Patrick and Dan Bellingham.

Track down the Bros.

To start the hunt for Patrick and Dan Bellingham, head to the bounty board in Rhodes. You’ll find it outside of the sheriff’s office in that town. When you accept it, you’ll be pointed towards the saloon in Rhodes. The Bros. are wanted for making moonshine, and it seems that they’ve got someone selling outside of the saloon. You’ll have to intimidate this bootlegger to figure out where the brothers are. Thankfully, it’s not too hard to be threatening. Aim your gun at the fellow, knock him around a bit, and he’ll start spilling the beans.

Save the Bellingham Bros. so you can take them in

The bootlegger will point you towards Clemens Cove, where the brothers are running their moonshining operation. However, before you get there, you’ll want to make sure you have a bounty wagon out. Ideally, you’ll be taking two men in alive, and that’s difficult to do solo. If you don’t have a partner, be sure to swap your horse out for your bounty wagon.

You’ll know that you’re getting close to the Cove when you start hearing gunshots. As it turns out, Patrick and Dan aren’t very good at keeping their operation a secret. Revenue agents have discovered their operation, and a gunfight has broken out. Take out the revenue agents before they can gun down your bounties. Once they’re out of the way, head onto the boat and tie-down Patrick and Dan. They’re not too threatening, so don’t worry about one taking you down while you’re tying the other.

Deliver the Bros. to justice

Once you’ve got both Patrick and Dan tied up, simply load them up and ride back to Rhodes. If you’re loading them onto a bounty wagon, be careful of other bootleggers riding up on you. If you’ve got a partner, don’t worry about anything. Simply load up your bounties and head back to Rhodes. There won’t be many bootleggers to deal with, so even with the bounty wagon, you should be able to outrun them easily.