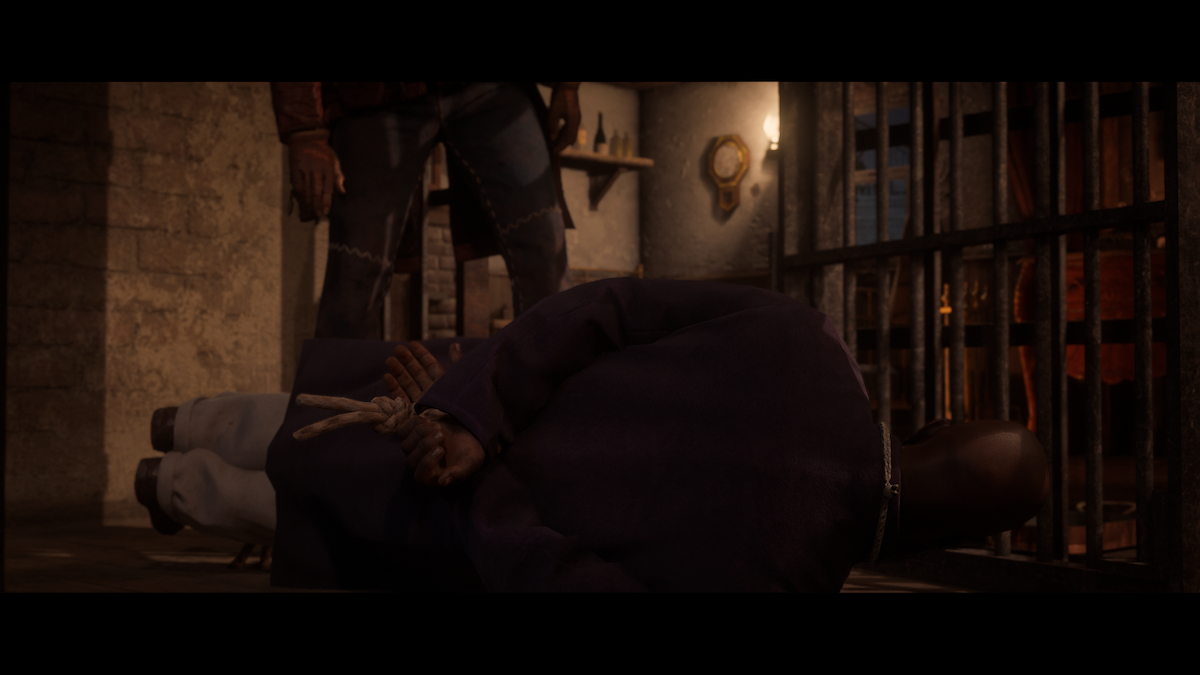 The old west is full of fools, as evidenced by living out a single day in Red Dead: Online. Players can encounter bandits, insane mud people, and other violent-minded folks. However, there’s another dangerous group that calls the west home, the cultists. While they don’t appear all over the place the same way bandits do in the game world, cultists are the focus of multiple bounty missions, including the infamous bounty for Obadiah Fitch. With a name like that, how couldn’t he be some kind of cultist? Here’s how you can take down the false preacher.

Like a church pittance, you’ll have to pay something up to Rockstar for the privilege of taking on any infamous bounties. The prestigious bounty hunter license confirms your abilities as a gunslinger of note, even though it’s bought with gold. Simply head to your nearest bounty board with 15 gold bars in hand and follow the prompts to purchase your prestigious bounty hunter license.

With license in hand, it’s time to track down Fitch. The hunt starts in Valentine, where you’ll accept the bounty. The game will then lead you to Fitch’s last known location, a small house along Flat Iron Lake. There are only four of them, so the fight should be over quickly. Don’t worry about being stealthy either; they don’t have any backup. Take out the cultists and then search their bodies to find a clue to Fitch’s current location.

Wait for your time to strike

Follow the path to Fitch’s location, and you’ll find a large camp along the Flat Iron Lake. There’s already a large number of cultists there, but Fitch has yet to arrive. Don’t risk scaring him off at this point, and instead duck inside the bushes marked on your mini-map. Wait there for a moment, and Fitch will ride up with a couple of other cultists.

At this point, you can attack however you want. Fitch will start delivering a sermon, standing right in the middle of the camp. If you want to take him out, this will be your best opportunity. Of course, you’ll lose a bit of the bounty that way. Instead, take out your bow and ready a tracking arrow if you have one. Shoot Fitch in the leg, then fight off his followers. Fitch will immediately try to run, but since he’s got that arrow in him, you’ll always know where he is. Continue fighting off the cultists while you run him down.

Once you’ve got Fitch hogtied, things get a bit more difficult. Unless you cleared out the cultist camp entirely, some will likely be running up on you. Don’t get surprised by a group while you’ve got Fitch over your shoulder. Instead, watch your mini-map for approaching enemies and prepare, even if it means leaving Fitch on the ground a bit longer than usual.

Once the cultists are all gone, and Fitch is on your horse, get ready for a long ride. You’ll have to go all the way to Rhodes, and naturally, you’ll have pursuers. Move as fast as you can and take out any followers. Make sure you don’t run too far off the track either; the road to Rhodes from Flat Iron Lake is full of hills that your horse can trip up on, and you don’t want to end up delivering a corpse accidentally.