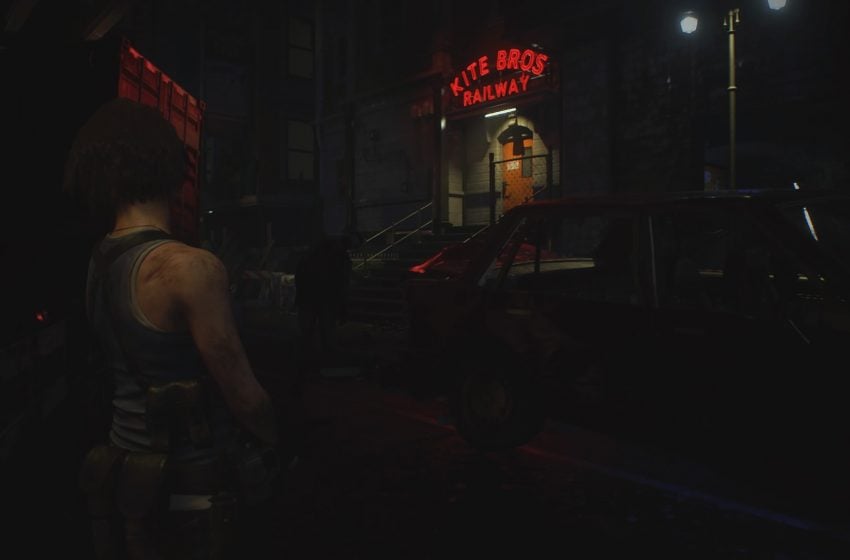 One of the classic Resident Evil tropes is the traditional “gain items for finding colored rocks” puzzle. Resident Evil 3’s remake carries that tradition forward in the form of the Kite Bros. Memorial, a seemingly innocuous inaugural piece you come across just after leaving the subway for the first time (right next to the game’s first item box).

To get all the goodies, you’ll need to find three colored gems: a red, a blue, and a green. All three are found inside of a “fancy box” that must be examined and opened to reveal the gems inside.

The red gem is located inside of the Moon’s Donut Shop saferoom. As the easiest and most straightforward to get, it has the least exciting reward: a single grenade.

The other two are a bit more enticing and worth your time.

The green gem is located inside the Toy Uncle toy store, through a locked door on the far side of the building (near the blockade of cars at one end of the street). The door needs to be unlocked with the lockpick, which you’ll get naturally by progressing the story. Trading in the green gem gets you a Hip Pouch, giving you two more inventory slots.

The final blue gem is a bit easier to miss, located in the supermarket across from Toy Uncle. The exterior door needs bolt cutters to open, and the blue gem’s fancy box is inside on the counter. Trading in that blue gem gets you a Tactical Stock for the M3 shotgun, which increases its stability and reduces recoil.

These items are all missable, but don’t despair too much if you miss out; you have another chance to get them (and much more easily) in subsequent playthroughs.