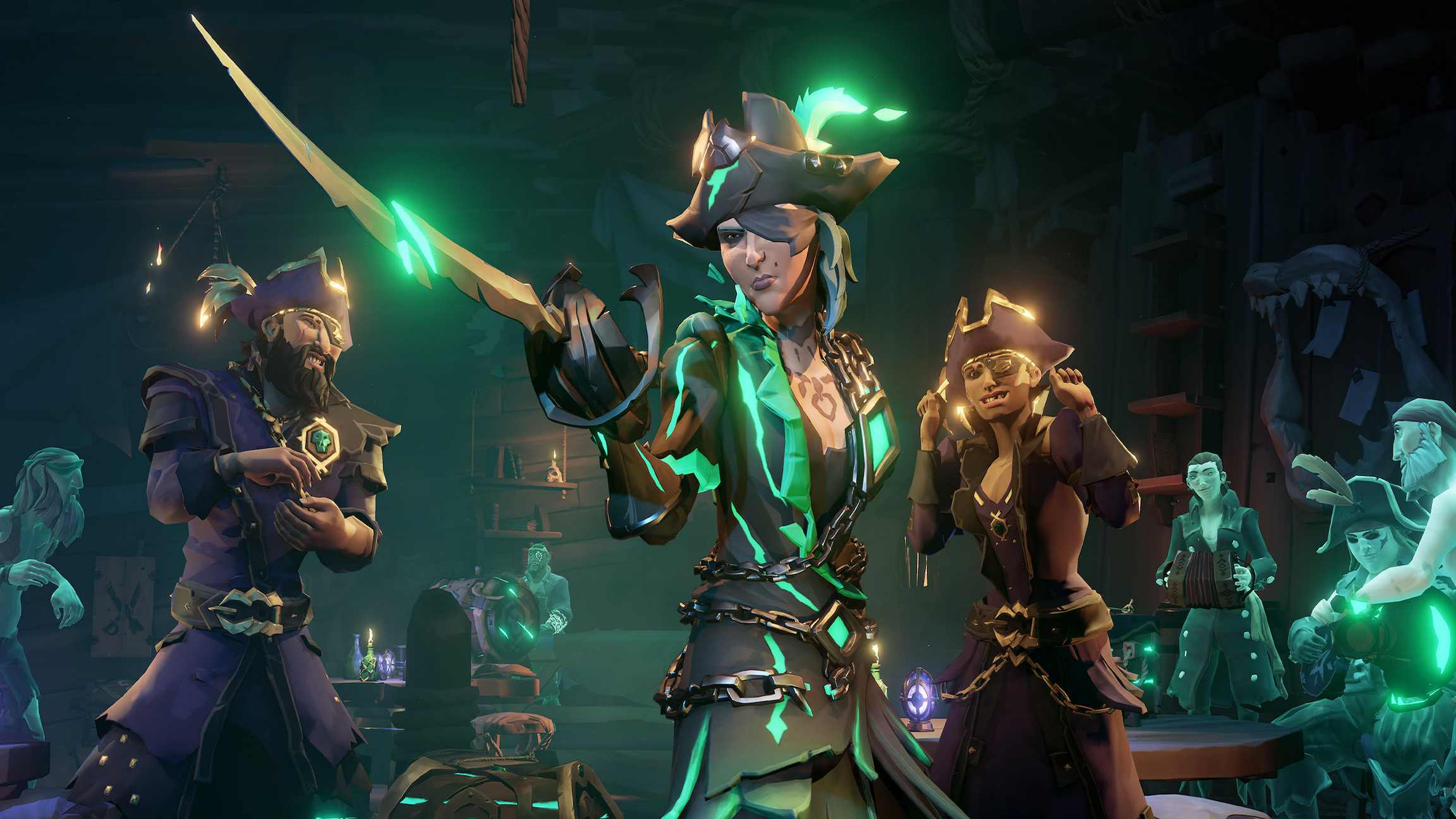 There is a lot to do in the sea-faring world of Sea of Thieves. Plundering haunted islands, boarding and raiding enemy ships, and sinking your teeth into riddles to solve. That’s right — riddles are a major quest type in the game and they can be a little tricky to understand when you first get one. These multi-part quests can seem a little overwhelming at first, but once you get the hang of how they work, they’re really not too bad at all.

Riddle Quests are largely tied to the Gold Hoarders Trading Company that give out maps for their voyages. However, you can find individual Riddles quests across the game world as well.

Each Riddle will take the form of a map along with lines of hints to decipher. You’ll notice when you first open one up that the first line is the only one you are able to read, while the others out of focus. Each Riddle can have two to four lines, depending on the difficulty.

The first line of the Riddle will always point you towards the major island you need to go to in-game by giving you the name. You need to find this island using the Map Table. Once you get to the island, the next line of the riddle will reveal itself.

From there, you have to solve each line in order to reveal the next one and get closer to the treasure. These Riddles can include finding a specific landmark, walking a specific amount of paces, or playing a specific instrument.

When you solve a line, the Riddle Map will give you a sign that you have done so, usually through a glowing light or a rumble.

The final line will always have you going to the exact location of the treasure, having you use the Compass for the right direction and telling you how far to walk, for instance. When you have reached the exact location, you then have to dig for the chest. The amount of digs you’ll have to do is dependent on the difficulty of the Riddle. Also, Skeletons can also spawn around the treasure to try and stop you from getting it.

Once the treasure is yours, the Riddle Map will disappear.