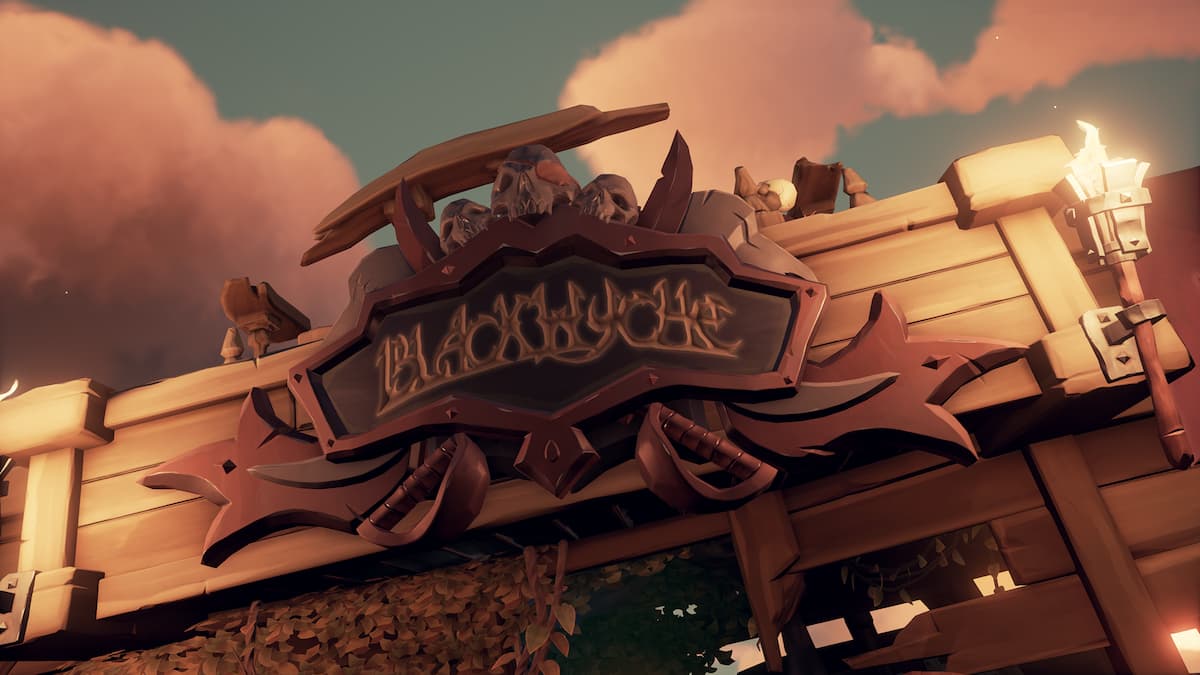 As you sail the world of Sea of Thieves, you’ll encounter a number of riddles to solve in your Quests log, whether they be from Gold Hoarders voyages, Tattered Parchment from a barrel, or found in a message in a bottle. There is a lot of randomization going into these riddles, and there is a possibility that one might take you to the dangerous island known as Shipwreck Bay. Shipwreck Bay riddles may have you find the crest of the Blackwyche on the island.

The first part of any riddle will simply have you go to a destination, in this case, Shipwreck Bay. This island is situated in The Wilds, found in the far northeast corner of the map.

Finding the crest of The Blackwyche

As soon as you set foot on Shipwreck Bay, the next part of the riddle will appear on your map. Again, there is an element of randomization, but chances are that one of the next parts will point you to The Blackwyche, which was the ship of noted NPC Sir Arthur Pendragon. You can also start a Tall Tale called The Seabound Soul from this ship.

Crest of The Blackwyche riddles

Because of the element of randomization, the riddle taking you to the crest of The Blackwyche may read differently and require different actions. Here are a few variations we know of.

In these examples, the first example will require you to lift up your lantern with your secondary fire button or trigger; the latter two examples will have you play any sea shanty with any of your instruments. Completing the riddle task will create a glow and sound from your parchment and show you the next part of the clue.

Some players have had issues with their shanty playing not recognizing — our only suggestion is to try playing from all angles, from looking directly at the crest to standing directly below it, or even inside the captain’s quarters near the crest.