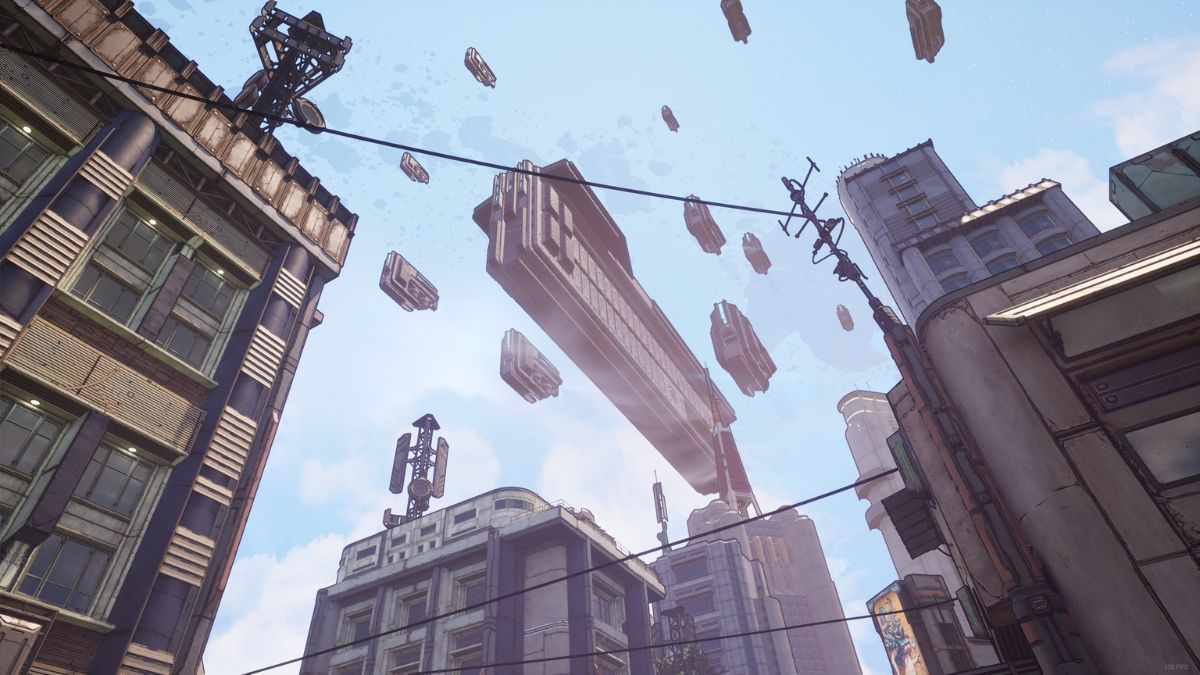 New Tales From the Borderlands is a game all about choices, and many of the choices you make have consequences later down the line. Will what you chose come back to haunt you, or will it lead to something beneficial? During chapter 1, you get the choice to fight against the Tediore corporation or hide. An important choice needs to be made. Should you fight or hide in New Tales From the Borderlands Episode 1?

What happens if you fight in New Tales From the Borderlands Episode 1?

When the Tediore corporation is storming the streets of Promethea, Octavio, L0u13, and friends are hanging out at Paco’s Taco truck. The squadron commander demands that the citizens either return to their homes or get shot down. You are then faced with the difficult choice to run and hide or fight back against your corporate overlords.

If you choose to fight, Radon will immediately throw a grenade, and a battle will ensue. During this time, you will select which friend to contact to take out the Tediore commander before taking to the streets with a talking gun named Brock. Octavio will also get to make a remark about the accuracy of Radon’s throw. Later on, this will lead to Octavio and L0u13 heading to Fran’s Frogurt shop.

What happens if you hide in New Tales From the Borderlands Episode 1?

The other option you have during this scene is to hide. Hiding actually leads to the same events happening as if you decided to fight. The main difference between the two choices is the dialogue that occurs after the choice is made. During the fight, you can comment on Radon’s grenade throw. If you hide, Radon will still throw a grenade, but you will instead comment on how he doesn’t understand the concept of hiding.

No matter which choice you make, you will ultimately end up getting Brock, going on a shooting spree in the streets, and then ending up going to Fran’s to lie low. There is the occasional remark about what happened, but it doesn’t affect any of the major story elements.