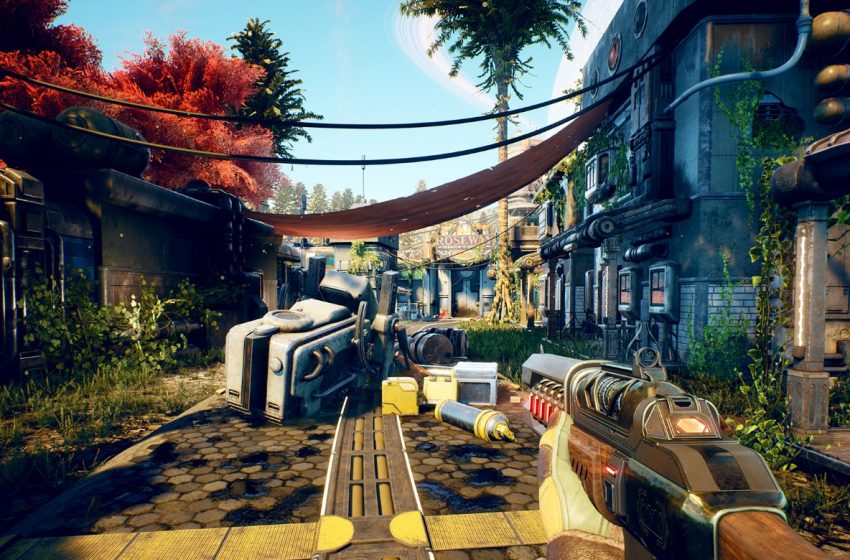 As you play through the Peril on Gorgon DLC you will discover that you need to find a character called Clarence Mostly. Mostly is a former scientist who used to work at the Spacer’s Choice facility on Gorgon, and you’ll need his help to lift the lockdown at the science facility on Gorgon.

When you meet him, he is at a canid fighting tournament, and he will agree to help you if you steal the tournament trophy for him. This is a fairly simple step, there is not really tight security around the trophy and because nobody there is affiliated with any of the factions in the game you can just take out the robots and grab the trophy.

Where it gets interesting is when you go back to speak with Clarence and give him his trophy. He will agree to give you information about two scientists that you will need to find. As you ask him questions, you will eventually get the chance to mention that you actually have his eye in your pocket. You previously used the preserved eye to gain entry to the Incubation lab, and have had it in your pocket ever since.

The Outer Worlds is often a game of choices and character interactions, so you might be wondering if there are any repercussions from keeping his eye, or giving it to him. As far as we can tell, it doesn’t actually matter what you do. You don’t get any experience for giving him the eye, and you can keep it if you want to, but there doesn’t appear to be any future need for it in the game. As such, if you want to be polite and hedge your bets, you can just give Clarence back his eye.

Let’s face it, you don’t really want to be walking around with it in your pocket anyway.