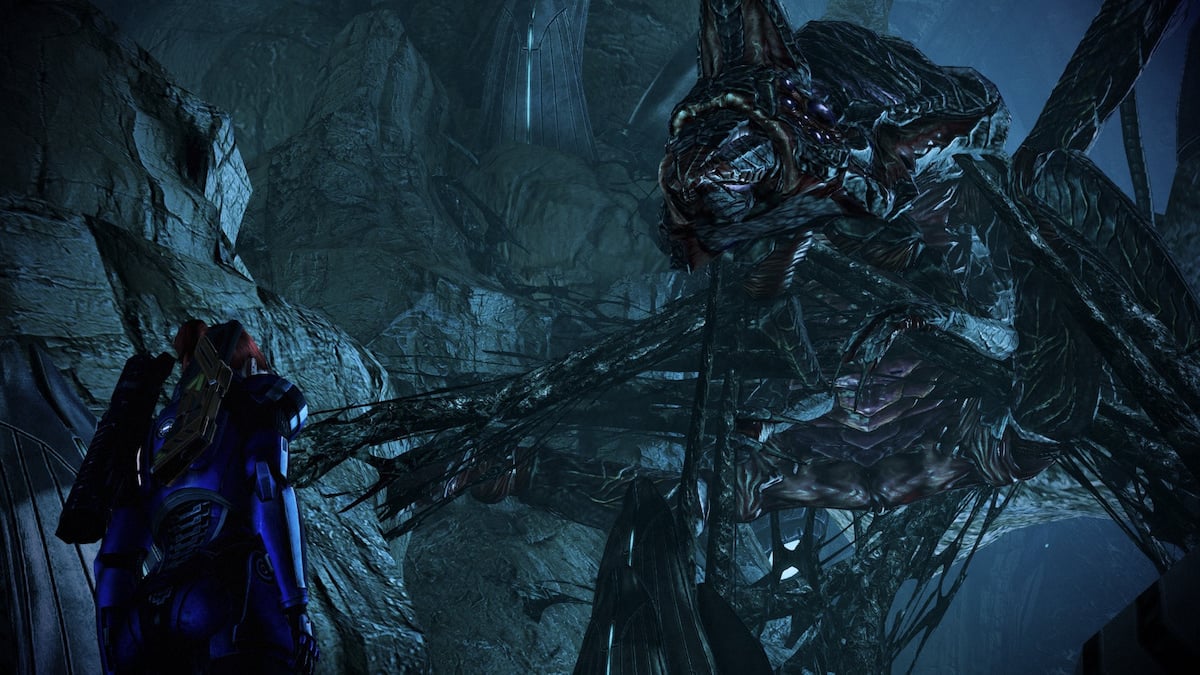 The Rachni continue to be a problem in Mass Effect 3 Legendary Edition. You initially encountered the last Rachni Queen in the first game, and you had the choice to free her or let her die. That decision matters the second time you meet the Rachni Queen after you discover she’s been captured by the Reapers and has forced her to breed an army for them. After you’ve saved Krogan’s only fertile female from the Salarians, the leader of the Krogan asks you to find their missing scouts that went after the Rachni.

This decision is during the mission Attican Traverse: Krogan Team. If Wrex survived the first game, he’s the leader. If Grunt survived the suicide mission in Mass Effect 2, he would be leading Aralakh Company. When you reach the end of the mission, you have a choice to save the queen or let her die.

Should you help the Rachni Queen escape or leave her?

It’s important to note that regardless of what Rachni Queen is during this mission if you let her escape, Aralakh Company will remain behind to help her leave, dying in the process. If you leave her, Aralakh Company will live, becoming a war asset, worth 25 points. However, regardless of the decision, if Grunt is on the mission, he will survive unless you did not complete his loyalty mission from Mass Effect 2. He becomes a war asset at the end of the mission, worth 25 points.

Overall, it’s a better choice to help the Rachni Queen escape the reaper nest, but only if you let the one on Noveria leave. If you did not, leave her and get out of the caves with Aralakh company.