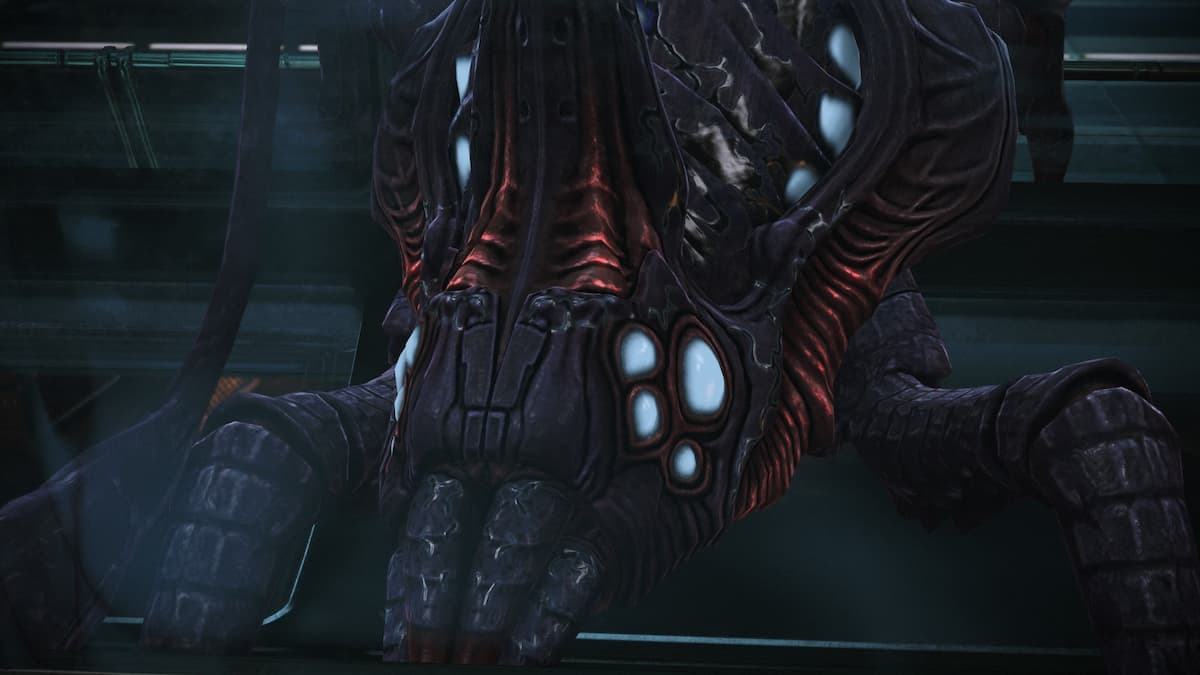 The Mass Effect series is all about having your choices matter. A big choice you can make in the Mass Effect Legendary Edition is the fate for the Rachni Queen. She was born in Noveria and was used an experiment, her children going mad. After defeating Benezia, you have the option to free the Rachni Queen or use gases to kill her. What should you choose? The consequences of this action will ripple throughout the trilogy.

Should you free the Rachni Queen?

You also receive 24 Paragon points for allowing the Queen to leave.

Should you kill the Rachni Queen?

By killing the Rachni Queen at this point, she will die in Noveria. The Queen’s Asari that she was using to communicate with you will attempt to try and help her escape but ultimately fails. You will not see her for the rest of the game or the rest of the series. The Council will not approve of Shepard removing the Rachni from the galaxy but believe it was the best decision given the species’ history.

You will receive 24 Renegade points for making this decision.

What are the consequences?

What happens next varies on the choices you make in Mass Effect 1. In Mass Effect, the Reapers find and indoctrinate her but ultimately fail. As a result, they have to chain her to her nest, forcing her to lay eggs for their army to use against the galaxy. Shepard will arrive on the planet with Grunt, if he’s alive, to save her. Shepard will have to choose to save her or sacrifice Aralakh Company, the Krogans under Grunt, and were here to eliminate the Queen.

Alternatively, if you did not save the Rachni Queen, the Reapers will create a fake Queen, doing much of the same process. Unfortunately, if Shepard goes forward with the best choices and solutions, saving her and bringing her into Shepard’s war effort, she eventually goes crazy and causing more harm than good.

Overall, the best decision is to save the Rachni Queen. She offers more benefits to having saved her in Mass Effect 1 than killing her. When she appears again in Mass Effect 3, and you choose to save her from the nest, she becomes a superb asset.