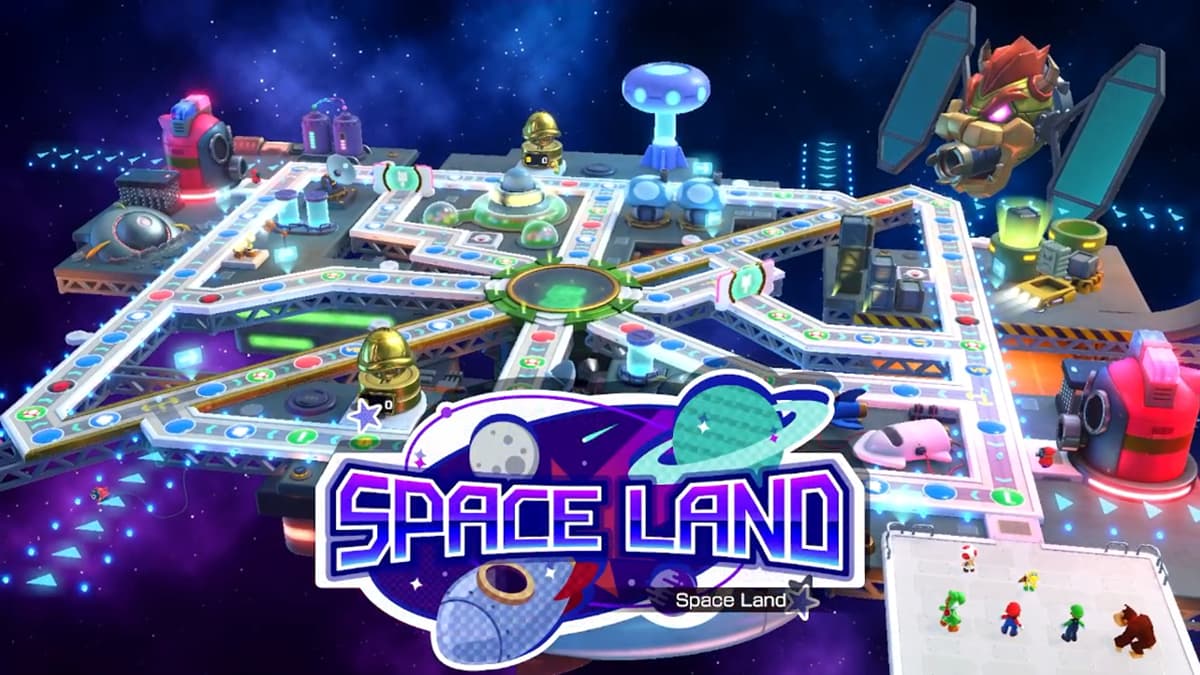 The biggest thing to be aware of in Space Land is the giant Bowser coin beam. In the middle of the board is a countdown that starts at five and goes down by one every time a player passes over it. When that countdown reaches zero, the Bowser satellite will shoot out a charge directly along the path in front of it. Anyone who is hit by that beam will instantly lose every single coin they have. It can be harsh, especially if you are close to triple digits. Pay attention to that countdown, and make sure to avoid that path at all costs if possible.

When you land on an Event Space in Space Land, you and anyone along the path as you will be chased by a Whomp in a space cruiser until it leaves the board. This can disrupt you or any other players, but for an even bigger change, if a player pays five coins to one of the Snifit Patrols in the bottom right or top left of the map, they will chase the Whomp, which will end in you going even further down the board.

There are two gateways in Space Land that require a Skeleton Key to open. One is in the top left portion of the map and will lead you to a secondary Boo, the other is along the pathway on the far right of the board. The second can be accessed by moving to the right from the Bowser beam countdown. There are multiple Chance Time Spaces here if you want to bring some chaos to the game.