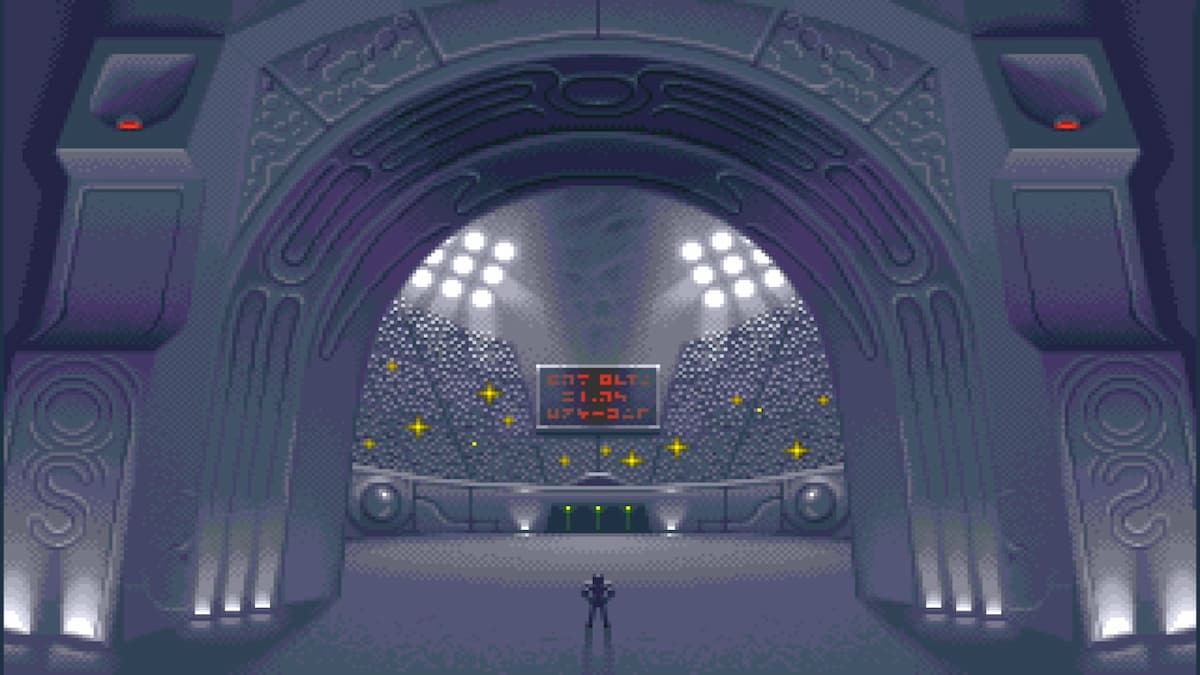 I started playing games in the 80s, but the 90s was the decade that informed my likes and dislikes about the hobby. Some incredible dev teams were doing amazing work, changing gaming forever, and making us all hungry for the future. While a lot of the promise of gaming at the time came from new consoles and new technology, it was developers that were getting every ounce of power out of those machines, showing us what the dedicated and forward-thinking could do.

This list run through the teams that I feel make up the ten best game developers of the 90s. I won’t be talking about Sega, or Nintendo, simply because their places in the pantheon should be obvious. Both companies almost transcend lists like these, and everyone knows their name.

The 10 best game developers of the 90s

During the 90s I spent more time playing Bitmap Brothers games with my friends than any other developer’s offerings. Speedball 2, Gods, Magic Pockets, and The Chaos Engine (1 and 2) dominated our Friday night play sessions. Z would open our minds up to a whole new world of gaming with a particularly fast-moving take on the real-time strategy game. The Bitmap Brothers just seemed to tap into what made gaming cool in the 90s, moving away from cartoony graphics into the dirtier, gritter motifs that dominate the industry today. They also had some of the best intro music in the business. The intro to Gods still absolutely slaps.

During the 90,s it seemed like Rare could do no wrong as the team released critical and commercial successes with the regularity that most of us eat hot breakfasts. Much like Bitmap Brothers, they had incredible variety in their output, with games like Banjo Kazooie, GoldenEye, and Donkey Kong setting them apart from their peers. They would close out the decade with Perfect Dark, yet another cult classic.

There is a weird kind of backlash against Adventure games in the modern age; for reasons I have never quite been able to figure out. I do see people say that they are not “real” games, but all I can say to that is if you didn’t play Secret of Monkey Island back in the 90s then you were a poser. LucasArts’ main job was to put out games connected to Lucas Film titles, but they also gave us two amazing Monkey Island games, Grim Fandango, and Day of the Tentacle. They also gave us games like Star Wars: Rebel Assault, and Dark Forces.

Wolfenstein: 3D, Doom, and Quake all arrived within five years of each other, and with those titles, Id Software established itself as a studio that would not stop pushing games into the future. Wolfenstein largely built the FPS genre, Doom set new standards for graphics and onscreen violence, and then Quake dragged us all into an existential horror with a cutting-edge fully 3D engine. Weirdly enough, it was all born from their initial attempts to remake Super Mario Bros 3 in 3D. After being turned down by Nintendo, they would eventually set up their own company, where their skill and passion would change gaming forever.

It is easy to get caught up in the Command And Conquer series, which was an absolute titan of a series, but Westwood also brought us Eye of the Beholder, Dune II (a genuinely great strategy game), and Battletech: The Crescent Hawk’s Revenge. With early PC gaming starting to take off, Westwood was perfectly poised to take advantage of the interface advantages that a mouse and keyboard offered over a controller, and they made Real-Time Strategy a massively popular genre at the time.

You could argue that Street Fighter 2 was behind only Mario and Sonic when it came to mainstream mindshare in the 90s. Everyone knew what the game was, and for a while, it looked like arcades might make a comeback. It wasn’t to be for arcades, but Street Fighter 2 would help Capcom become one of the biggest names in gaming. Street Fighter 2 even got a movie, starring someone who was a legit movie star at the time. And it even had a guy who could act! This next bit might shock and disturb you, but Resident Evil released in 1996, Dino Crisis came in at the end of the decade, just after the second installment of Resident Evil, and we had a whole host of Street Fighter games throughout the decade.

It’s impossible to put a list like this together without Blizzard. Everyone knows about Warcraft, which probably changed RTS games forever. And everyone knows about Starcraft which would birth one of the largest esports movements of all time. We also had Diablo arrive in the 90s. But what about Blackthorne? The Lost Vikings? Some classic platforming action right there. Blizzard’s ability to take a genre and polish it to a blinding sheen was established back in the 90s. They legitimately changed gaming forever, multiple times, in a single decade. They may have fallen off, and perhaps we have learned some things about those glory days that cast dark shadows on bright memories, but it is impossible to deny their impact at the time.

For a time, Lemmings was the biggest game on the planet. It came out on just about everything capable of playing a game, and it could have been argued that the success of it was a studio punching way above their weight class. The issue with that statement is that four years later Psygnosis would release Wipeout, and change racing games forever. We had futuristic racing games before then, but nothing on the market was able to harness the PlayStation to give the impression of speed that Wipeout managed to do. Colony Wars and G-Police would finish a strong decade for Psygnosis, and just before the calendars would change to the 2000s, and we all risked the Y2K bug, they would put out Rollcage, one of the most underrated racing games of all time.

Populous II, Syndicate, Magic Carpet, Hi-Octane, Syndicate Wars, Dungeon Keeper, Theme Hospital, and multiple sequels to some of those games. It really shouldn’t have been possible for one team to do so much, but Bullfrog did it. Led by the guy who was going to bring us all to a bright future in the form of Peter Molyneux. How could it ever go wrong? Sadly, it did go wrong. Proof that you can burn twice as bright, for half as long, Bullfrog was an achingly cool company in the 90s. Photos of the staff looked like a heavy metal band, and every young kid who had an interest in making games wanted to end up working at Bullfrog. It was a success, but not corporate. It was a rebellion that paid well. Oh, how foolish we all were.

Konami spent a lot of the 90s leveraging deals with properties like The Simpsons and the Teenage Mutant Ninja Turtles, but they also put out some great games that were not tied to major entertainment IPs. Castlevania: Symphony of the Night, Silent Scope, more entries in the Contra series, Vandal Hearts, and ISS Soccer were just some of their standout games at the time. They also put out Metal Gear Solid in 1998, and one of the decade’s finest gaming experiences had arrived before we even knew what was happening.

Sierra is on this list for a pretty simple reason. King’s Quest V was the highest-selling video game for the first half of the 90s. Nobody could knock it off that perch, and the folk at Sierra turned the success into an eventual $1.5 billion sale to CUC International. In 1996 they scored the publishing rights to Half-Life. If you are going to make two moves in the 90s to leave a mark, then those are the two to make. To top it all off, they used their pivot into a publisher to put out Homeworld in 1999, capping off the decade with yet another landmark moment in gaming.

The reason I give Nintendo and Sega an honorable is that despite being twin pillars of the industry in the 90s, they both had enough money for software development due to sterling sales of consoles that they were operating with cheat codes. You can argue that is unfair, and I would agree with you, but I would also say that taking up two slots on this list with such obvious choices is just plain boring. We all know who they are and what they did, why mess about?

While these are not the only developers that made a big impact in the 90s, they are ten important groups of people, who impacted my personal gaming life more than pretty much any other. I’ll be taking trips through other decades in gaming over the coming weeks, so be sure to stay tuned for more.