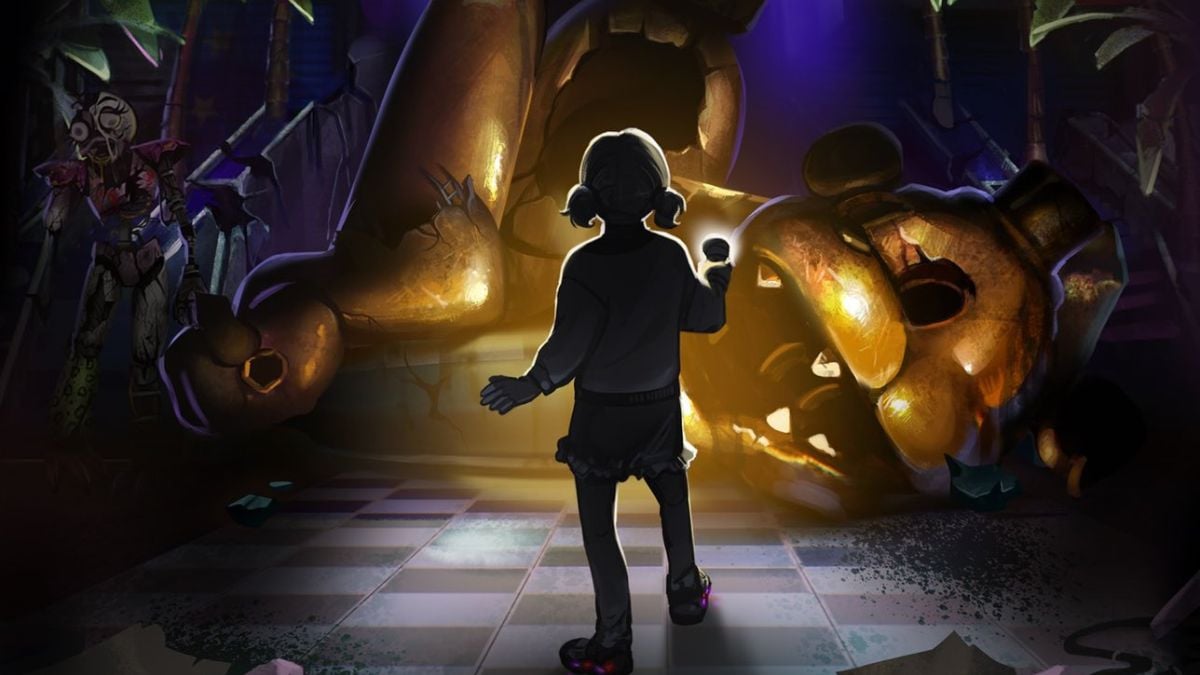 Horror games are always great for a good scare when you are alone, but you don’t always have large game studios often creating horror games. Fortunately, indie studios are creating horror games for those who want their gaming experience filled with dread. Whether you are being chased down by unstoppable creatures or are nervously stepping through a quiet environment, indie horror has something for everyone.

Finding a place to start can be difficult, especially if you don’t have the time to go through the entire selection of games. Here are some of the best indie horror games worth playing.

On the surface, this game doesn’t look like the scariest experience you will ever have. You play as a protagonist who is interacting with your school’s literature club. But without spoiling anything, the game’s true horror only sets in when you start feeling the most comfortable.

It isn’t your typical horror experience, but if you stay the course, you will experience a story that will terrify you by giving you unexpected story twists. The game is available for free, and it won’t take you long to complete the game.

Five Nights at Freddy’s has you play the role of an employee working in a pizzeria, where your job is to ensure that none of the animatronic mascots enter your security room. A security camera must monitor the mascots to ensure that you aren’t wasting power putting up blocks when nothing will happen.

The game was famous for its jump scares and popularity when streamers played the game and showed their reactions to their audience. There have been many sequels released, along with other non videogame related media, but the main series of games is still worth playing for the scares that come when you least expect them.

The horror genre meets platforming as you take control of Six, a young girl who is exploring a vast structure underwater called The Maw. You will encounter a large number of enemies along the way, with running away being your only option.

The visual design, spooky atmosphere, and need for stealth contribute to the horror as you attempt to survive your journey through the Maw. As you survive every enemy encounter, you will start worrying about what else might be lurking in the next area, and the enemy designs can stay with you long after you put down the game.

The Forest is a survival horror game where you crash land on an island filled with cannibals and mutants. You need to survive while finding out what happened to your son, fighting various enemies in order to explore locations and find out what happened.

The AI is intelligent, getting comfortable with your routines before ambushing you with surprise attacks that you previously weren’t aware of. This goes hand in hand with the increasingly frightening enemies as you progress throughout the island. While you can fight back against your enemies (and do considerably well), you are still trying to survive and avoid confrontation as much as possible, with things going wrong when you let your guard down.

Not every horror experience needs to involve being chased by creatures and can terrify you through the environment alone. Layers of Fear is a game about an artist who is trying to create their magnum opus, their best work of art. Unfortunately, it seems their environment is changing, forcing them to solve puzzles in order to complete their work of art finally.

Enemies will not chase you, but that doesn’t mean there are no scary environments or jump scares. Your journey through your own house will be complex, and you will be more terrified about the latest environmental change than a monster creeping behind you.

The Medium is another psychological horror game, but it does have monsters that pose a threat. It is about a spirit medium named Marianne, who wants to learn the truth about the origin of her powers. Her investigation takes a dangerous turn as she must solve puzzles and deal with enemies that want her dead.

With a healthy mix of supernatural entities, puzzle solving, and a creepy atmosphere, The Medium will definitely have you thinking about your interactions with spirits long after you put the game down. It’s not survival horror though, and you won’t have to worry about any big battles.

With enemies that cannot be killed, you are forced to run, though they have various ways of tracking you down. As you need to solve puzzles in order to escape, the thrill (or fear) of the hunt will leave your heart beating and your ears listening for the telltale signs of an enemy nearby.

When you think of a toy factory, you usually think of pleasant memories and fun toys. But in Poppy Playtime, you’re dealing with an unusual situation where large toys are trying to kill you as you solve the mystery of what is happening.

The atmosphere is anything but fun, as you have to run for your life as you make your way through the factory. It’s dimly lit, you die in a few hits, and surprises come out of nowhere. While the story isn’t complete yet, it’s good enough to deliver a frightening experience for the available chapters.

Put yourselves into the shoes of amateur paranormal investigators, using equipment to find out what supernatural entity is haunting a location. The entity will be doing its best to hunt you down to avoid being detected, in a cat-and-mouse chase where you need to find evidence before the entity catches up.

You can play by yourself or in a team with up to four people. Your objectives will often put you in the path of the entity you’re trying to investigate, and trying not to die while gathering information provides a real thrill. Unless you’re caught, but it’s part of the horror experience.

In a horror experience guaranteed to spook and unsettle you, Outlast has you investigating a psychiatric hospital to learn more about the events that took place. Unfortunately, many people in the hospital want you dead, and you didn’t come prepared looking for a fight.

It’s gory, it’s unsettling, and there will be frightening experiences around every corner. Finishing the game will be a scary experience, though one that will definitely intrigue anyone who loves a good horror video game.

There are far more indie games than this horror list can cover, but you have a good start to jump in and begin exploring the wonderful world of indie horror. You can easily obtain any game on this list, and it’s bound to give you more motivation to give indie horror another look.