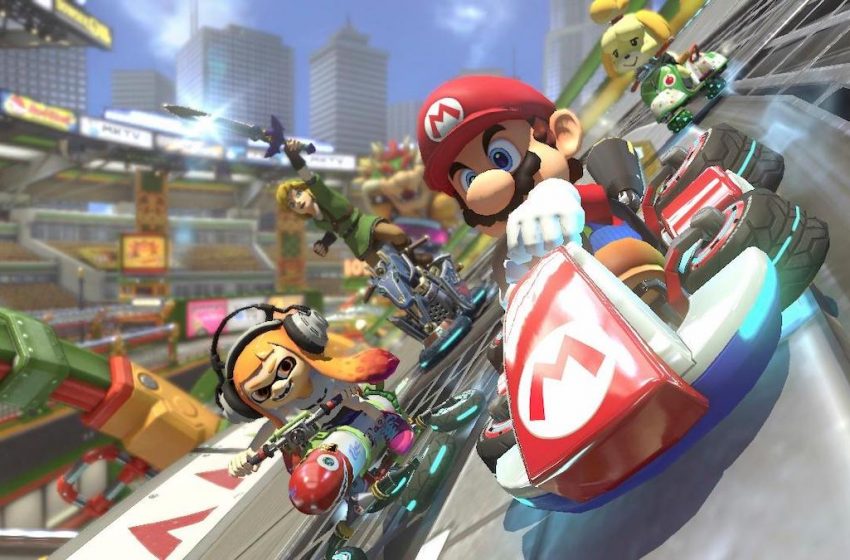 One fun life hack that you may have seen making the rounds on TikTok is the use of Mario Kart music during intense study sessions. The vast catalog of music from the racing series contains mentally stimulating or relaxing songs, with the most popular one being the fun chaotic theme of Coconut Mall from Mario Kart Wii. Here are 10 frantic or chill Mario Kart track songs in alphabetical order, besides the aforementioned one, that you can cram in last-minute work to. We also have a similar recommendation with each song to cover more ground.

Do you need more of that anxious Coconut Mall energy? Look no further than Baby Park, the smallest, shortest, and yet the craziest track from Mario Kart: Double Dash. It’s a whimsical tune that juxtaposes well with the pandemonium of a close-quarters Mario Kart race. For added chaos, listen to the Mario Kart 8 remix, which increases in speed with each lap until it becomes nightmarish. It’s perfect for rushing to finish that essay just in time.

The underwater theme of Dolphin Shoals from Mario Kart 8 starts off calm enough, with a lovely ambiance. But once you drive up to the surface, this tune suddenly transforms into a godly saxophone jam. If you find the full version of this music track, you’ll be able to experience a full sax solo, and boy does that sax player go hard. For a similar saxual experience, listen to the Mario Kart remixes of F-Zero tracks Mute City and Big Blue, which contain perfect mixes of jazz and rock.

One of the most frequently used tools of Mario Kart music is the whistle. It’s a nice way to maintain the fast and wild pace of a Mario Kart race, but many find it quite annoying. In the context of academic motivation, the whistle might be exactly what you need — enter Donut Plains from the original Super Mario Kart. The Mario Kart 8 remix has a lovely bossa nova feel to it, but you have to earn the whistles by being in first place. A number of Double Dash tracks have whistling, but Sherbet Land has some of the highest-tier whistles.

Ah, the Double Dash soundtrack. The tunes from the Gamecube Mario Kart were catchy to a fault. There is so much manic energy underneath these instrumentals that they are sure to be stuck in your head for days on end. The main Circuit theme of Double Dash is one of the first tunes you’ll hear in the game, and it will surely be the only tune in your head for a while. The Mario Kart 8 remix adds a bit of live-orchestrated funk, but for more Double Dash tunes, the Waluigi Stadium & Wario Colosseum theme as a similar vibe.

Citing Mout Wario as a favorite is almost cheating, as it’s practically the top track and top music theme on everyone’s Mario Kart 8 list. Online players will always vote for this one, and there have been more than one credible essay, video and written, about the musical theme. It’s an unusual track, one that has you go downhill from the top of a mountain. The music adapts depending on which section you’re driving through, changing in each section of the track, and it builds up to an incredible finale. The only other music theme in Mario Kart that matches that feeling of triumph is the iconic Rainbow Road from Mario Kart 64.

The music from 3DS title Mario Kart 7 might not be the best from the series, but Music Park is a worthy entry. I mean, the track is literally centered around musical instruments. It’s upbeat and quirky, but it also makes excellent use of real-world instruments, both in the track’s theme and on the track itself. You’ll drive over giant pianos and xylophones to match the melody. Electrodrome from Mario Kart 8 is a similar track, although it feels more like an electronic rave than an orchestra.

There’s an adventurous tone to Shy Guy Falls — the track is quite arresting and exhilarating to drive in, but the combination of pan flute and strings make this a genuinely wonderful song to listen to. It’s also a great example of adaptive music in Mario Kart — drive by the Shy Guys themselves and they’ll be chanting to the music. Koopa Cape in Mario Kart Wii also has some wonderful adaptive music and a similar waterfall setting.

Think of the joy you experience when traveling somewhere on a sunny day — somehow, Sunshine Airport from Mario Kart 8 captures that exact mood. It’s one of those pieces of music that instantly transports you and projects pleasant imagery into your mind. Perhaps use this track as motivation to earn your next vacation. Follow it up with Peach Beach from Mario Kart: Double Dash, which has a lovely tropical feel to it.

We’re all too busy during the day, but you’d be lying if you say that you’d never wanted to find some free time for a joy ride. Toad Harbor in Mario Kart 8 has a free and joyful sound to it, like you’re exploring a wide, active, and clean town right next to the shore. And for lack of a better term, the guitar on Toad Harbor absolutely rips. If you want a similar tune that brings joy, Maple Treeway is an excellent autumn track.

Have you ever wondered how fast someone can play the banjo? Probably not, but Wario’s Gold Mine will certainly sneak that question into your brain. This track has yee-haw energy that is unmatched in Mario Kart, besides probably the country-themed Moo Moo Farm & Yoshi Valley from Mario Kart 64. The Wii version of the music has some adaptive features, with the music changing to something harsh and industrial when you drive into the titular gold mine, while the Mario Kart 8 version features the same charming Shy Guy chanting from Shy Guy Falls.