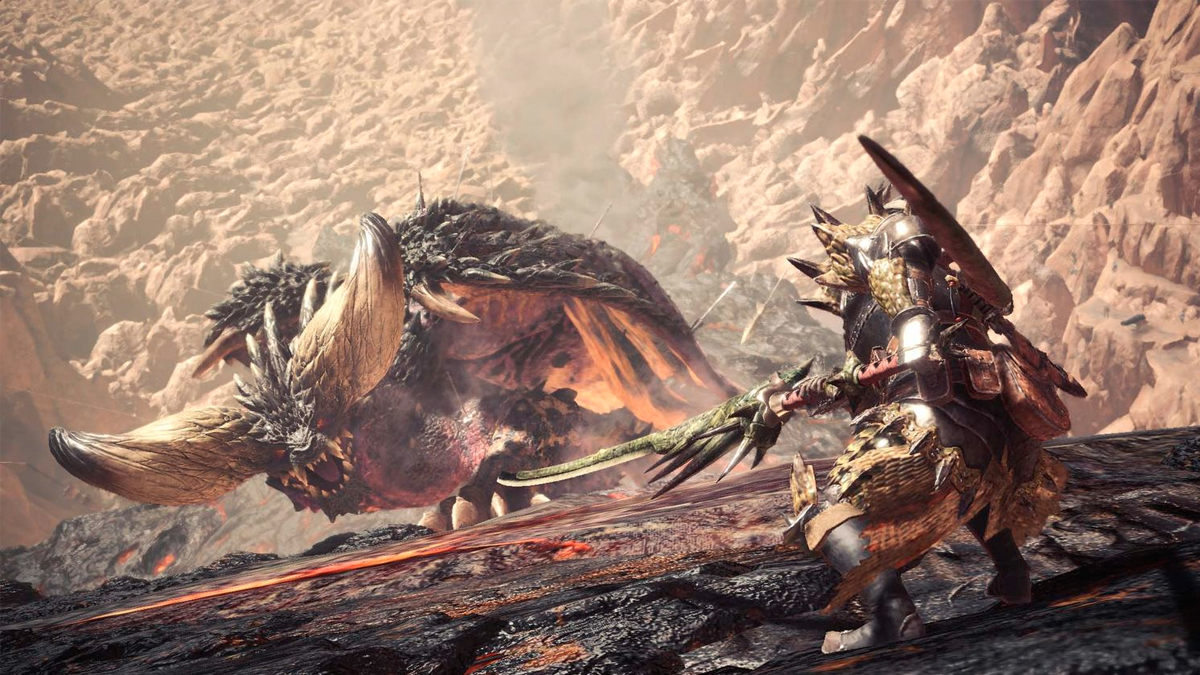 Monster Hunter: World is probably the most expansive title in Capcom’s long-running series about slaying creatures that vaguely resemble dragons. But there is so much to equip on your Hunter. What’s the best armor set to use? What skills mesh the best?

Whether you’re new to the game or a veteran just lost in all the details of gems, set bonuses, and are looking for what skills are the best. There’s a lot to grasp. From the greatest ranged combat sets to endgame armor that will fell even the toughest Elder Dragons, there’s something for every Hunter here. Here are the best Low Rank and High Rank armors in Monster Hunter: World from worst to best that you can find.

This armor set from Anjanath is an excellent choice for Bowgun and Bow users with the skill Special Ammo Boost, increasing the effectiveness of elemental damage shells and the Dragon Piercer shot from Bows. Artillery provides a flat bonus to damage from Bowguns or Gunlances, which is ideal for either, and with Marathon Runner, you won’t have to stop and eat a Steak so often. Tack on the Anjanath Power special set skill, which grants a tier of the Adrenaline skill when using three or more pieces of the armor set; be prepared to play more aggressively than usual.

This is the all-rounder choice for almost anyone at Low Rank. Skills like Slugger, Attack Boost, Health Boost, and even the under-appreciated Entomologist skill make this a proverbial Swiss Army Knife armor set. Wear the full set for the Horn Maestro skill, which favors Hunting Horn users the most and it becomes a set that will carry you through most of Low Rank with ease. Being constructed mainly from items found in the open world rather than large Monster parts, this is an easy filler set for those missing pieces from sometimes superior monsters refusing to drop critical components.

More defense than offense will be at work with the Legiana set, but it is still a worthwhile effort to put this set together especially if you’re low on resources in the early game. The bonus from Legiana’s Blessing will grant increased quest rewards, and the defensive boons from Evade Window make this armor an excellent choice to mix with more offensive pieces depending on what weapons you prefer to use. Utilize the Airborne skill for weapons such as the Insect Glaive or Dual Blades for big damage while in the air.

Diablos Power is another must-have bonus skill for melee weapon users; it grants three tiers of the Bludgeoner skill, so bring heavy melee weapons like the Hammer or Greatsword for maximum gains. High defense and resistance to Tremor attacks give the Diablos set a leg up on the competition for this mid-game set. Heroics is a great all-around skill that grants bonuses to both attack and defense with no downside, so if you’re indecisive or need to squeeze a bit more survivability out of your build, you cannot go wrong here.

Do you use a melee weapon? Get the Odogaron set. While Odogaron comes up a little towards the middle of the Low Rank journey, the set crafted from its parts is worth the effort. Its exclusive skill, Odogaron Power, grants Punishing Draw which is an excellent skill for Longsword users with large parts of the move list circling around draw attacks. Speed Sharpening works with almost anything and is generally something you want if you’re losing sharpness quickly in a fight and need to pause. Critical Eye is always desirable as it grants free extra damage on the spot. There’s almost nothing bad from this set and it will carry you even into a couple of High Rank fights if upgraded properly.

The set from the Wyvern terror that is Nargacuga is an excellent choice for almost any weapon in the game, but it fits the best with melee weapons that need higher evasions like Lance, Gunlance, Hammer, or Greatsword with the Evade Window skill. Aggressive style players will get lots of mileage out of Peak Performance with more sustained high damage for longer periods of time. Combined with Nargacuga Essence, which reduces sharpness loss and can sometimes preserve ammunition for ranged weapons, this armor set carries most players through the middle section of endgame ranks quite effortlessly.

This singular piece of head armor is one of the most solid all-around choices that works with almost anything. Combined with the high base defense and two levels of the Weakness Exploit skill, this is a prime damage choice for almost any set in the game. It works the best when paired with sets like the Nergigante Alpha or Odogaron Alpha armors and you have one of the best easy to build damage dealer sets to make for endgame hunts.

When the monster has a giant sword for a tail, the armor you make from it must be awesome, right? Either version of the Glavenus armor provides some killer skills for endgame players including the always popular Maximum Might skill. This serves as a great replacement for Nergigante’s armor or as a heavy-duty damage dealer armor base to combine with other sets for an even better damage-heavy build. Be sure to pay mind to the Glavenus Essence special ability and have at least three pieces of this set equipped in a mixed set to get the full effect of Maximum Might.

A guest from another world, Behemoth, drops this imposing black armor resembling a Dragoon from Final Fantasy XIV. This set is considered one of the best armor sets in endgame builds. Leaning heavily on skills like Critical Boost and Attack Boost along with its exclusive skill, Soul of the Dragoon, the Drachen armor provides massive damage increases for anything and everything. Mix this set with armor that provides defensive bonuses for more survivability or bonuses dependent on your weapon type for the absolute best results. But like other armor with special skills, be sure to equip up to four pieces for the strongest boosts from the exclusive skill.

Just when you think Drachen armor couldn’t get touched, Tesotra’s armor comes in and scorches the competition. With the Latent Power skill, this armor set trumps anything for raw power. Along with Critical Eye and Weakness Exploit, there’s little reason not to use this set. If you’re throwing together a mixed armor set, replace the chest piece in the Teostra armor with something that includes skills like Attack Boost or Critical Eye for even more damage output. Almost any melee weapon functions well with a mixed set, but it may require some finesse with slotting in gems for building toward a ranged damage set for a Bowgun or Bow.