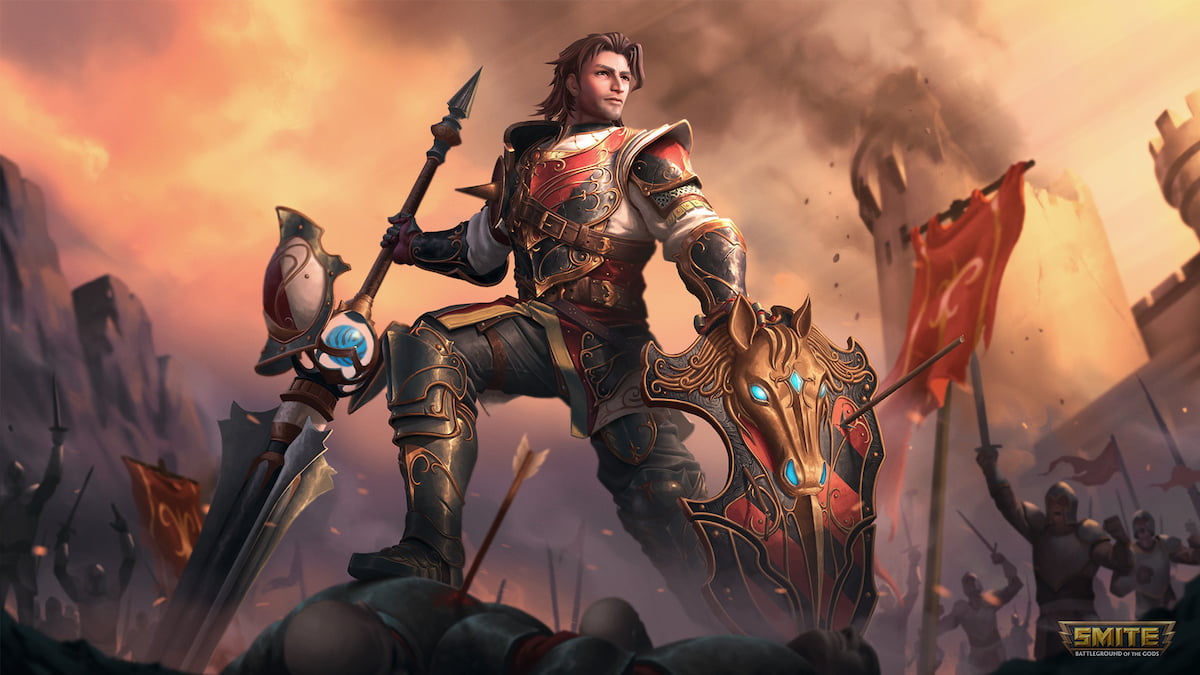 Lancelot has arrived to the battleground of the gods, leading the charge with his faithful steed. Lancelot will be an assassin in Smite, meaning you’ll primarily be playing him in the jungle to gank your ally’s lanes and rotate around the map. In this guide, we’re going to cover the best build you can use with Lancelot in Smite.

The best build for Lancelot

Because Lancelot is an assassin, you want to remain as mobile as possible. If an enemy pins him down, they can quickly annihilate Lancelot, cutting his time in a battle short. We highly recommend starting with Purification Beads to prevent this from happening. It will give Lancelot a brief window of CC immunity, allowing him to escape.

The second relic you want to grab on Lancelot is Blink. With it, you can teleport Lancelot a short distance away, potentially aiding in a battle or surprising an enemy. You want to switch when you grab Blink and Purification Beads, potentially grabbing Blink first, depending on your playstyle.

Lancelot will use various abilities throughout a match, swapping between the ones he uses while on foot and while riding his horse. You want to optimize these abilities because of the number he uses, and we highly recommend grabbing Bumba’s Dagger. Alternatively, some players may find it useful in creating a build around Manikin Scepter, causing Lancelot’s basic attacks to do a minor burn DoT to enemies, but we feel Bumba’s Dagger has more potential in the later game when you can upgrade it into Bumba’s Hammer.

You want to put these points into Lancelot’s ability and the level order you wish to select them.

Lancelot is a highly mobile assassin, similar to Awilix. The two share the ability to mount a creature and quickly race across the map, but you can knock Lancelot off of his steed, potentially stunning him. We recommend creating a build to highlight Lancelot’s many abilities, giving him the chance to deal heavy damage against anyone he hits.

Alternatively, you might want to create a more robust and defensive assassin. Lancelot will be in the thick of many of his fights, and he can’t always quickly escape the situation. You may want to be more aggressive and press the enemy.

If you’re looking for more defensive items as a whole, these are some solid options you can consider swapping throughout your preferred build for both Magical and Physical defense.

Lancelot will be a complicated god for you to master, especially when swapping between his two sets of abilities. We recommend playing around with them and testing out how quickly he will fall after an enemy down him while riding his horse. He cannot stay up there forever.