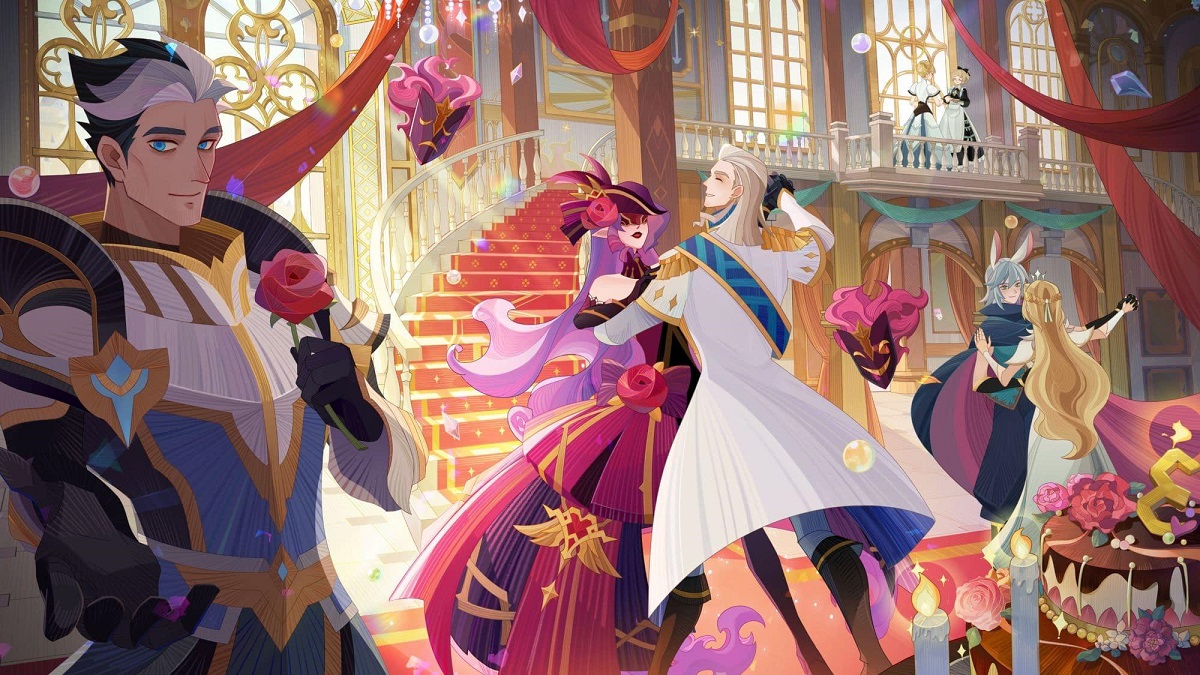 AFK Arena fosters various areas from different camps, all with their own roles, strengths, and weaknesses. Being a team is far more lucrative than going solo. While it is a team effort, groups tend to focus on one or two heroes, and the rest of the cast plays a supporting role (healer, CC, buffs). With over 70 heroes to pick from, though, it can be challenging to find the right heroes. After all, resources can be scarce and should be spent wisely.

We compiled 10 of the best heroes to claw after in AFK Arena. These heroes, in particular, are almost always a focal point to the best teams, whether because of their role as a carry or abilities that bind the group together.

What puts Talene with the best of the best is how she breaks the mold. Technically speaking, her role is both support and healer, but with the right team, she easily fits the role of a carry. Simply put: Talene’s kit is too good. For starters, she turns into a phoenix when she dies, which also damages enemies. In her phoenix form, Meteor Shower rains meteorites on the opposition, while her aura heals allies.

Having an Athalia in your group is amazing. Facing one? Not so much. During a match, Athalia mops the floor with her damage, stuns, and damage mitigation aura that stacks based on the number of allies still alive. All is well and good, but her ability “Judgment” makes her such a threat. There are dozens of groups very reliant on a first-turn ability, one that sets up the fight in their favor. What Judgement does is interrupt first-turn shenanigans, disrupting the opposition and preventing energy from regenerating for a small period of time. Now you’ve got the upper hand.

Mehira’s kit is very straightforward while still providing oodles of utility, aside from damage. Whiplash will deal damage to enemies, but a better use for it is whipping your allies. Don’t worry—they like it. In doing so, they’ll gain a boost of energy and a haste buff. Her best ability, however, has to be Mesmerize. When a target is under the influence of Mesmerize, they’ll attack their allies. And to top it off, Mehira can even reduce the amount of damage enemies do.

Shemira is one of the most devasting mages in AFK Arena to date. Her ability to deal continuous damage against the opposition is great to watch, but not so much on the receiving end. With Tortured Souls, she generates an aura of dead souls that damage every enemy within the area of effect. Damage done is then converted into health. Health is further siphoned from enemies with Soul Siphon. Attempting to pick her off is futile, thanks to her ability to silence and refusal to die.

Elijah and Lailah support the team by keeping them on their feet through healing and buffs, while shaking off negative effects. The Celestial Twins are excellent in a stall group thanks to “Unity,” which connects the health of two remaining allies and buffs their stats. Any damage done is shared between the two. With Hope, the twins can increase ally haste; Grace will heal the weakest ally and restore energy to another, and Cleanse shakes off any negative effects that affect Lailah.

Time is a concept Orthros fiddles with constantly, and his kit reflects that. Whether with Time Suspension or Time Trap, Orthros manipulates time to deal massive amounts of damage to the enemy team. Time Suspension freezes time, giving him three seconds to target the weakest enemy and strike. While that’s going on, a time trap was set at the beginning of the fight. After 20 seconds of battle, it’ll blow up and deal significant damage, stunning the unfortunate victims.

Tasi’s kit revolves entirely around supporting, but her signature move is Banishment. When a target is under the influence of Banishment, they cannot attack, be attacked, or use abilities. She’s absolutely infuriating to face off against should she target your carry or support. If that wasn’t annoying enough, Tasi has Slumber, putting every enemy to sleep. Great if she’s on your team, not so much when she isn’t. Tasi Dream Spirit can deal damage and heal, while Teleportation can buff or damage.

Money is apparently no object to Rowan because all he does is throw coins onto the battlefield. As strange as that sounds, there is a purpose. Should an ally pick up his coins, they’ll get a damage boost and energy. Should an enemy pick on up, bad luck will strike, and they’re stunned for a few seconds. He’ll offer additional support with his duck, who will reduce enemy accuracy, and his shop provides a handful of healing potions.

Grezhul is a versatile hero who is primarily a tank but can also deal much damage if played correctly. He can summon multiple skeleton warriors that share the same level as Grezhul and will target all the enemies. Although the skeletons lose health over time, they are great for distracting enemies or simply setting up teammates for their own attacks. Using his ultimate ability, Grezhul can deal AoE damage which is again a strong support utility for the entire team.

The Thoran cheese is a super strong strategy dominating the meta for a while now. The character is self-sufficient and doesn’t rely on team members to excel. Thoran ultimate lets him absorb all the incoming damage and reflects a certain amount of damage after a brief moment. This is a busted ultimate that will let users cheese a lot of their matches. Thoran’s ultimate ability, combined with his signature ability which makes him unkillable while absorbing damage, is one the most effective tactic in the game.