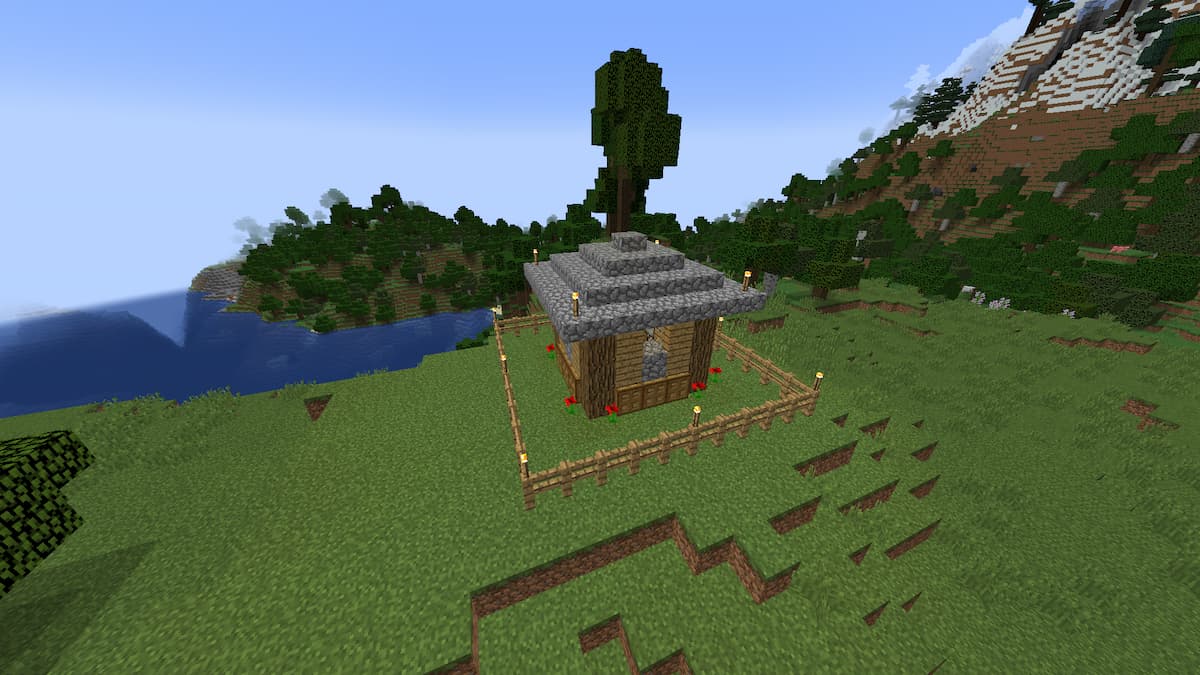 Minecraft’s expansive block catalog and complex building mechanics allow players to construct grandiose and sophisticated houses of their own design. However, players that are new to the survival gamemode likely lack the means to obtain many of the game’s more aesthetically-pleasing building blocks, and with little more than a few tools to their names, they would often prefer the stability that safety and utility provide. As a result, the survival house designs included with this guide aim to provide players with simple and inexpensive housing to get them started in an untamed Minecraft world.

This small and straightforward survival house utilizes the simplest of building materials, with the various forms of oak wood and cobblestone proving extremely easy for new players to source. Where the walls and flooring of this house are built from oak planks and oak slabs, respectively, its roof of cobblestone slabs can prevent the structure from burning down in the event of a lightning strike.

Several aspects of this house’s design function as makeshift security systems. For starters, the oak perimeter fence will keep most hostile mobs away from the house at night. The house’s interior, only two blocks tall, will prevent wayward Endermen from teleporting inside, which could potentially lead to missing blocks or violent staring contests in close quarters.

This four-story house is built almost entirely from oak and cobblestone slabs, and with good reason — hostile mobs cannot physically spawn on bottom-oriented half slabs, regardless of the circumstances in which these slabs are placed. This means that, with the roof, floors, and walls all entirely built from slabs, no enemies can spawn in, on, or around the house, rendering it completely safe despite its low usage of artificial light sources.

The walls of this house have remained open-concept, as collecting all the sand necessary to produce the glass required for windows can be difficult and costly for a player that spawns far from the nearest desert. To prevent spiders from scaling the walls and invading through an open window, an external ring of bottom-oriented slabs has been placed one block above the bottom of the structure, in order to deny the arachnid mobs from climbing any higher.