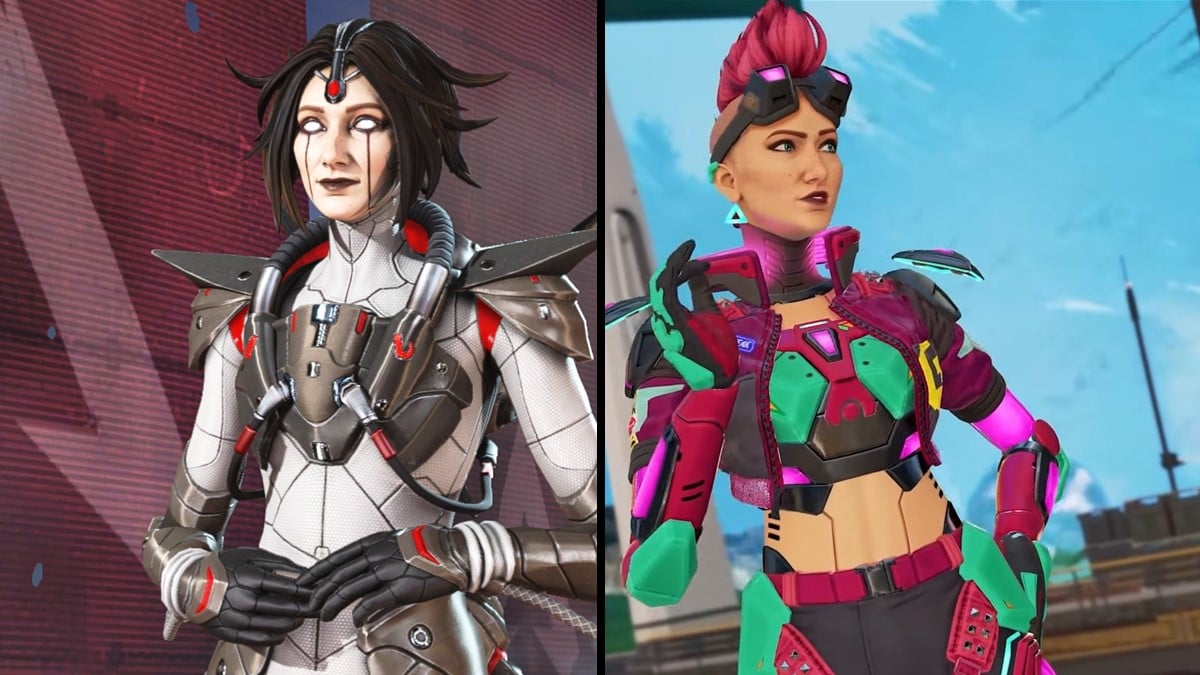 Season 7 of Apex Legends brought us a brand-new Legend, Horizon, and cosmetic-wise, she is already being spoiled. This Legend already has a bunch of stunning legendary skins, and some great lower-tier options as well. Here is a look at all of the best skins for Horizon.

These are the four legendary skins that are viewable from the Legend’s menu and available for purchase at any time. They each cost 1,200 crafting metals, and as usual, they come in two sets of two recolors. One look is an armored aviator, while the other is more mythical-looking.

Out of these, Dark Matter has already because the stand-out favorite, both for us and players on social media. She’s been compared to Hela from the Marvel Cinematic Universe, and been praised for giving off ‘goth, cyberpunk vibes’.

Neon Stardust is a stunning premium Legendary skin that can be purchased via a 2,500 Apex Coin bundle called the ‘Horizon Launch Bundle’. Flux Capacity is a rare skin from the Horizon Starter Pack. Copper Constellation is a Rare skin you get upon purchase of the premium Battle Pass for Season 7. Inverse Polarity is a rare skin and it is from the Twitch Prime deal.

Overall, the amount of skins that Horizon is getting is surprising. We have never seen a new Legend get so much love, but it’s a precedent that we’d like to see set going forward for future new Legends as well. This list did not include any of the basic Epic, Rare or Common tier skins, but some of those are worth checking out too. The Daemon Hunter red looks great with her design.