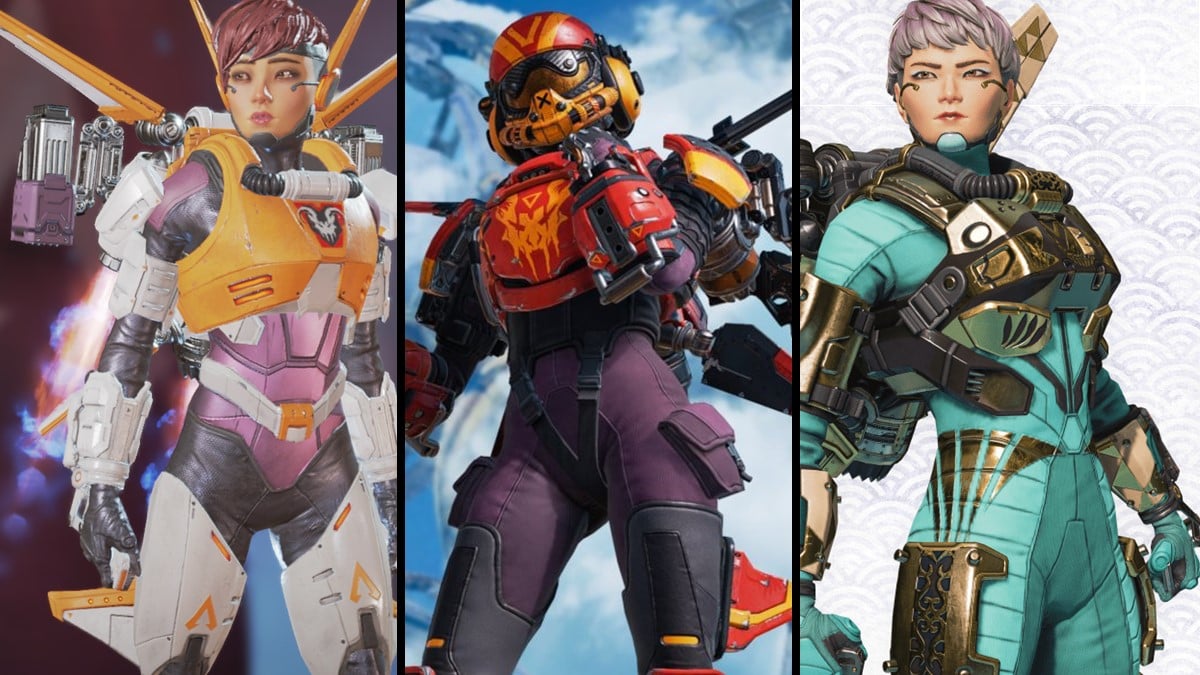 Apex Legends Season 9 Legacy is upon us, and Valkyrie is coming out swinging in the cosmetics department. She already has five stunning legendary skins, and some of them are some of the best Legendary-tier skins we have seen in a while. Let’s take a look.

Valkyrie’s standard legendary-tier skins are all beautiful. As usual, these skins are in who sets, each recolor of each other. Two of them have a futuristic look, while the other two play into the lore behind her name, giving her Valkyrie-inspired armor.

Our favorite of these four skins, though, is definitely Titan Tested. The color scheme of white, orange, and pink looks incredible on Valkyrie and sharp with the skin’s design.

Birthright isn’t just one of the coolest Valkyrie skins; it is also a throwback to Viper, reminding players why the season is called Legacy in the first place. Birthright is the only Valkyrie skin where she has her helmet on, and it is from her launch bundle. Punk Rocket is a Twitch Prime skin, and Turquoise Sun is from the starter pack.

Overall, it’s clear that no new Legends will probably ever have a skin shortage again. Horizon, Fuse, and now Valkyrie have all had impressive skin lineups. If only this trend had started a little earlier, but we are glad to see it now.