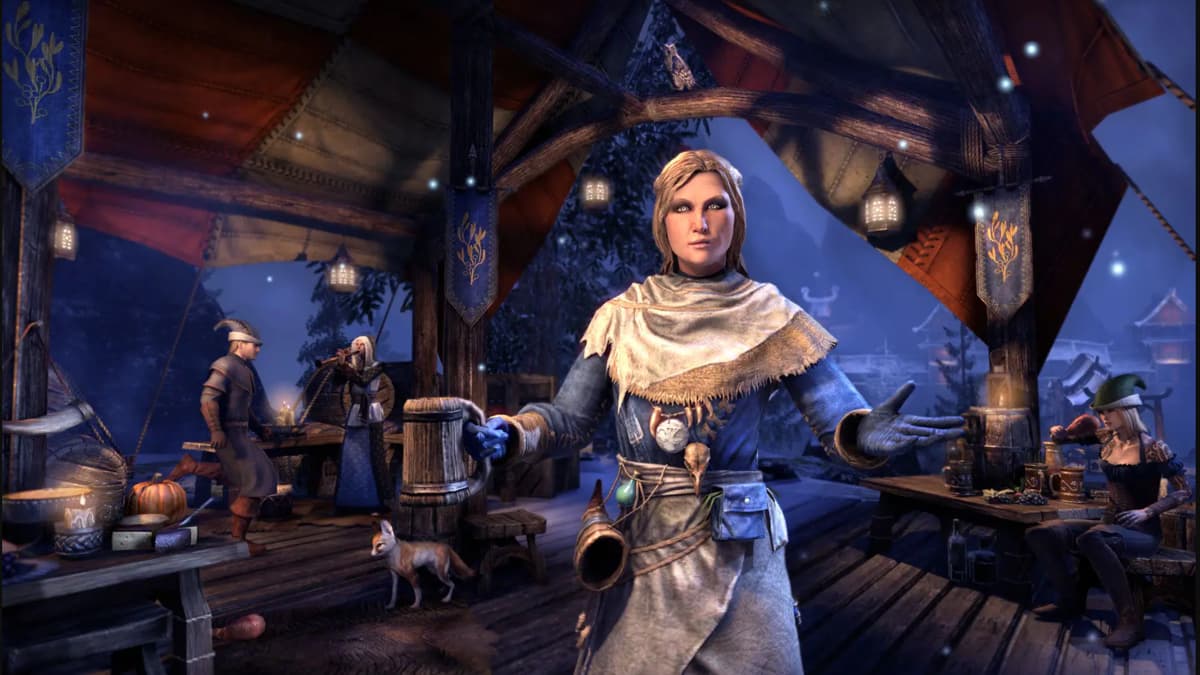 The New Life Festival has players celebrating all throughout Tamriel. Whether it’s thrilling dances, sword swallowing, or mud ball fights, you will have plenty to do during the event. You’ll be able to earn a two-hour 100% boost to XP, unlock several rewards, and visit dozens of cities and regions in Nirn. All you have to do to get started is head to Windhelm.

Once you’ve arrived at the festival, search for the tent and speak with Herald Breda. She’ll be standing next to a large keg full of mead. As a side note, drinking from the keg will reward you with an experience boost. Breda will have a total of nine quests for you to complete and they each involve journeying to another part of Tamriel. If you’ve never visited the locations before, it can be time-consuming to reach them on foot. If you don’t want to spend all your time running around the map, you can reach out to other players or your guild and teleport to a party member.

Once you complete a New Life Festival daily quest, you will be rewarded with a New Life Festival Gift Box and three Event Tickets. Gift Boxes can contain numerous items including equipment, Motifs, recipes, writs, and mementos. Whereas tickets are spent at the Impresario.